Unfortunately, "The Rise of Skywalker" is something all too familiar. Just compare it to past films in the series. It's palpable, but nothing special.

A big movie arrives in theaters. What is it good for? Did it live up to the standard?

"Star Wars" movies revolve completely around high expectations. Unlike 99% of movies that just want to sneak up and stun you, an addition to the George Lucas science-fiction bonanza arrives with the hype of a thousand seas. You can see and hear it coming, which means if it fails to amaze, the thud can be heard for miles.

The ninth and final film in the saga that began back in 1977, "Star Wars: The Rise of Skywalker," hits theaters tonight and it can't afford to be mildly amusing or fine. That's what a Michael Bay Netflix film should be. Distracting and just enough charm to con you out of two hard-earned hours.

J.J. Abrams, back in the saddle after sitting 2017's "The Last Jedi" out, aimed to make a dent with this final chapter, after fans were mixed about his "Force Awakens" entry. I should have left emotionally moved, vigorously entertained, and wanting more story and time with these characters.

When the nearly two and a half hour running time reached its final frame and men beside me cleared their eyes of tears, I was simply ready to leave. "Is that it?" could be heard rolling out of my mouth onto the floor as I got up.

While it wasn't a dull or wasteful overall experience, I wanted more from this epic conclusion than a by-the-numbers, box-checking finale that felt safe at times and contrived at other ventures. While the action was well choreographed and thrilling, the story arcs were predictable. The dialogue was half-baked. The story was ruthlessly old fashioned and left little to the imagination.

One doesn't have to be a movie sorcerer to guess whether or not Rey (Daisy Ridley) decides to remain a Jedi or join Kylo Ren (Adam Driver) and join the Final Order (aka the Dark Side for the young folks).

I won't spoil anything here by revealing further details, but the setup is quite known. Rey is the chosen one, and along with her pals: Poe (Oscar Isaac), Finn (John Boyega), Chewbacca (Joonas Suatomo), C-3PO (Anthony Daniels), R2-D2, and BB8: will try to bring down the evil empire led by Driver's mad man and possibly other shadowy figures from the past. That is, if she can resist the temptations of breaking bad.

Yes, there are a lot of cameos. One of them is amazing and picks the movie up for a few minutes. Yes, Carrie Fisher is in the film via old stock footage from "Force Awakens" and it'll tug at your heartstrings a bit. Yes, the film does produce some of 2019's most stunning visual effects. "The Rise of Skywalker" moves at a bristling pace, sometimes so fast you are worried the final adventure is becoming a thing of the past too quick. Compared to "Last Jedi's" sluggish speed though, the quick-moving action here was an overall delight.

Driver is an esteemed talent (just watch Netflix's "Marriage Story" or Amazon's "The Report") and he does his best adding substance to Ren, but he's the only main cast member to make a dent here. Spending more time with him may have been an idea, but there's something else wrong.

Ridley's Rey is so wooden and underwritten that the actress does circles around the material looking for a road to travel on. But she's also just not that captivating in the role, which weakens the entire film. You need someone in such a vital role to pick up the material and elevate the movie. Three films in and she just doesn't have it.

Isaac always manages to do something riveting, but has nothing to do as the fearless fighter pilot. Billy Dee Williams enlivens the film temporarily but isn't around long enough to keep it steady.

Instead of being gleefully remedial, the screenplay does open heart surgery on the "Star Wars" universe, jettisoning most of the bold (if under-cooked) strokes applied by Rian Johnson in the 2017 film. It's almost as if the creators were scared a legion of fans would stop loving them and thankfully brought in a safer filmmaker to set things right.

Abrams has made some solid films and one great one ("Super 8"), but he comes off as the quarterback unafraid to throw it downfield into traffic, checking down for a screen pass instead that he hopes nostalgia will take into the end zone. In a film that needed some invigorating idealism, "The Rise of Skywalker" doesn't stand out with its setup or execution. 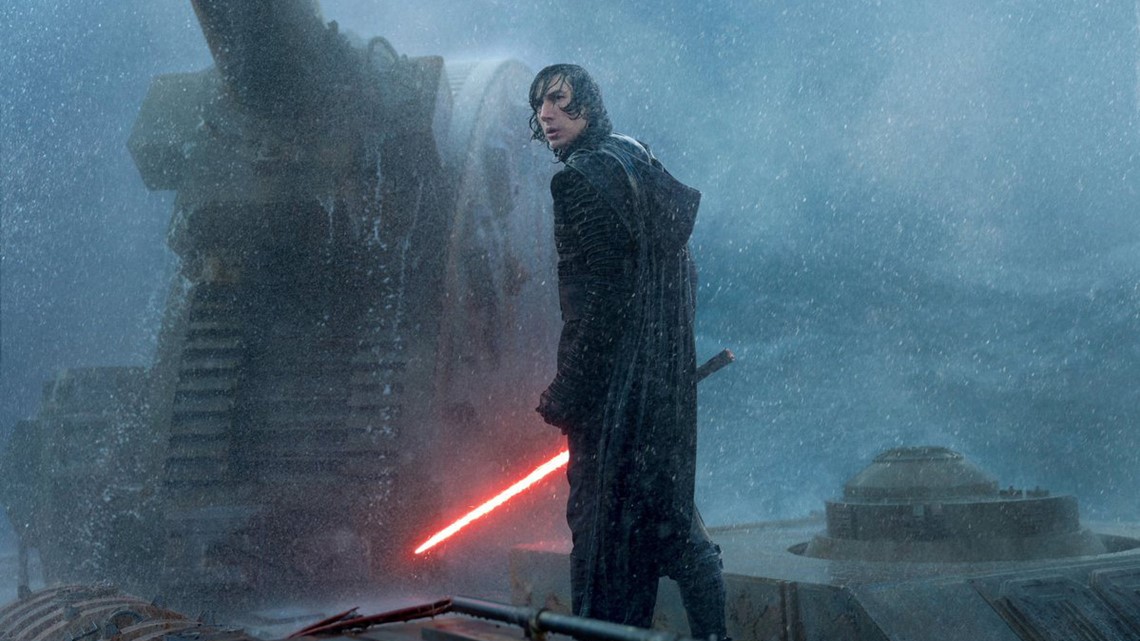 How Marcus Theaters aims to make your 'Star Wars: The Rise of Skywalker' experience extra special
ST. LOUIS - As the heavyweight movies come and go at the theater this holiday season, there's one film that holds power over them all. While Clint Eastwood and Martin Scorsese can swing a big stick at the cinema, few cinematic experiences dominate the masses like the one that takes place in a galaxy far, far away.

Worst of all, I didn't feel much watching this film ride into the homestretch. That's when the "Star Wars" cinematic experience should take over. It can have an inexperienced driver at the wheel, but the ship should still dive deep into your heart.

Instead of being a great film that resonates for days, this movie consists of a few great moments placed inside a merely decent movie. There are shocks and a couple awes -- but in the end, I was underwhelmed after what the trailer had promised. I wasn't exactly sold a bill of goods, but merely given a package that wasn't as relentless as it seemed.

These movies come with expectations, and they have nothing to do with past film spite. I am not a "Star Wars" fanatic-but I am a film fanatic. I won't take it easy because you are big and loud. Show me something that will move me and push me to wonder about the possibilities of a dark room full of wondrous souls yearning for the past. Show me something great. "Avengers: Endgame" had all the same stakes (end of an era), large cast, and a similar look and palette-and The Russo Brothers torched our heartstrings with their movie. They made me weep and beg for more.

"Star Wars: The Rise of Skywalker" fails to meet those lofty expectations. It's a film that purists will be divided over, creating endless debates about character arcs (there really aren't any to speak of), story decisions, or how it all ended.

Before long, there will be a new "Star Wars" universe to decipher and appreciate. I hope it's better.

Out of all the recent "Star Wars" related films, "Rogue One" stands out as the best and that was a separate tale. An origin tale. Something new. Something different than we've already seen.

Unfortunately, "The Rise of Skywalker" is something all too familiar. Just compare it to past films in the series. It's palpable, but nothing special. A big movie that satisfies enough without quenching your cinematic thirst.

RELATED: Review | 'Queen and Slim' is a masterpiece, a thrilling ride only fit for the bold