'100 Things To Do In America Before You Die' includes St. Louis attractions

A new book titled "100 Things To Do In America Before You Die" includes a couple of stops in St. Louis. 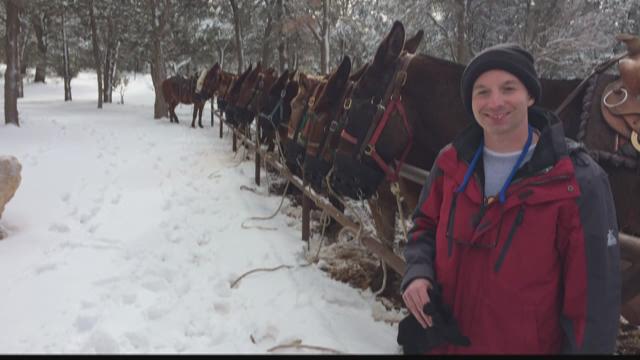 The book, 100 Things To Do In America Before You Die, includes a few experiences that won't cost you much gas money.

"Being from St. Louis, it'd probably be a bad idea if I didn't include a few things from my hometown."

If you recognize the author's voice, that's because he's been on the radio in St. Louis for almost 18 years. Radio personality Bill Clevlen started billontheroad.com four years ago and has been traveling the country ever since, telling positive stories about people and places. And all roads led to his first book, sorta like the ultimate bucket list of things to do in the U.S.

Bill said, "Imagine if someone came down from outer space and had no idea what America is, what 100 things could you tell somebody that had no concept of America?"

He calls them 100 uniquely American experiences which include everything from seeing the world's tallest rocking chair in Casey, Illinois to taking a drive on the Beartooth Scenic Byway in Montana.

He said, "I always recommend people go to Sun Studio in Memphis, the experience there is listening to Elvis' first recording in Sun Studio... and you talk about goosebumps, it's crazy."

He also suggests the Grand Canyon but doing more than just looking over the edge.

"Take a ride on a mule. So you can go down on a surefooted mule go down into the Grand Canyon.. and they've been doing this for 100 years," he said.

And as a St. Louisan, Bill had to write about seeing a show at the Fox Theatre going up in the Gateway Arch.

"I had a friend describe to me once, it's like climbing inside of a washing machine," he said.

Bill hasn't been to every place he writes about in 100 Things To Do In America Before You Die.

"I've only done 86 of the 100 but there were some I had to include despite not having done them," he said.

So for Bill, it's back on the road again to check more things off the bucket list.

Bill is on a book tour and his next stop is Webster Groves Public Library on July 27th at 7 pm. You can purchase the book at billontheroad.com.