A new way to get to Cardinals games

Center Ice Brewery is more than a bar 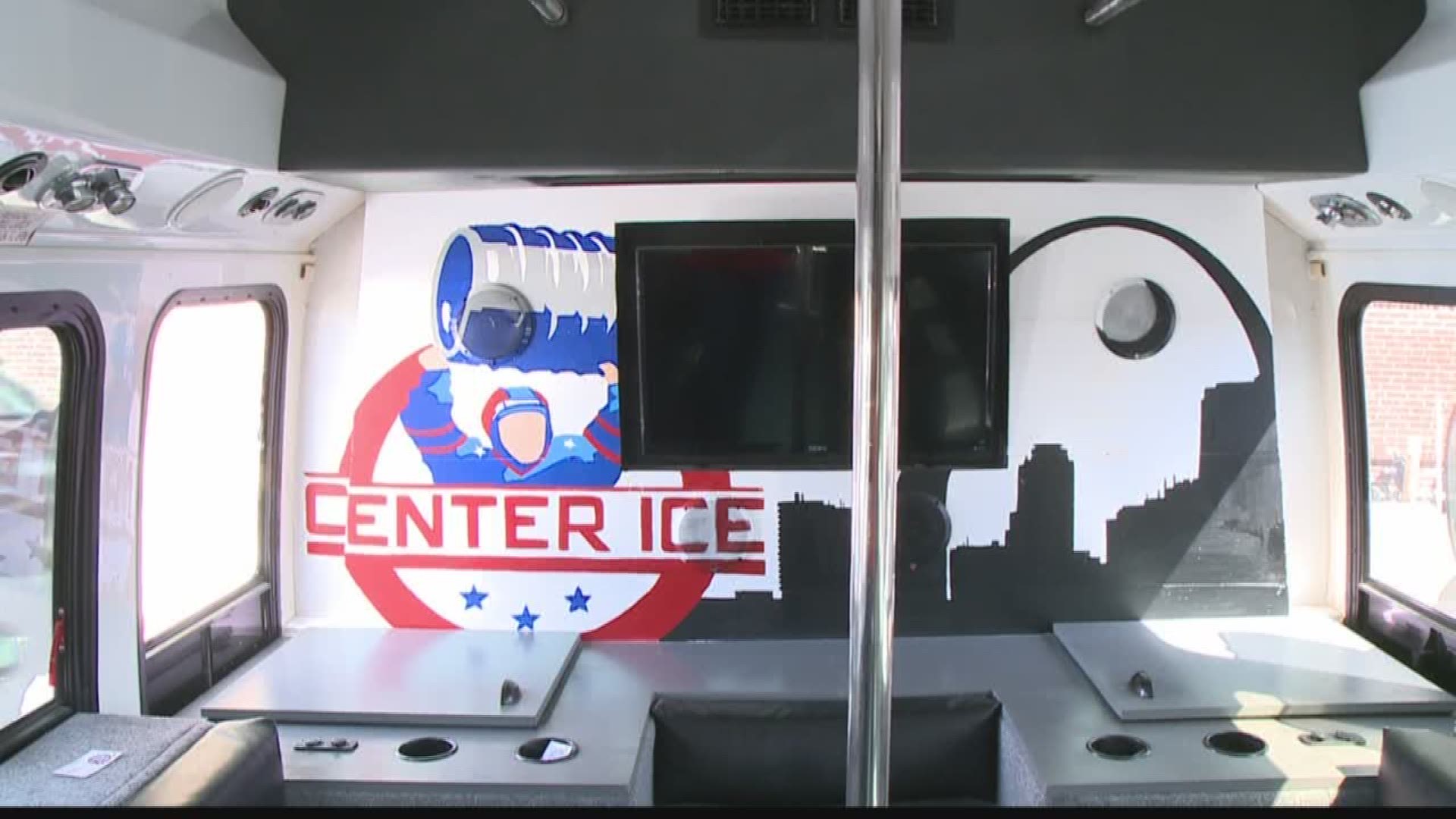 At 3126 Olive Street something is always brewing.

He's the guy who opened Center Ice Brewery in July of 2017, but he first fell in love with home brewing and craft beer in 2010. His love of hockey goes even further back.

"I've been playing hockey since I was a kid and saw an opportunity here in St. Louis. Number one there's not a lot of hockey bars."

What he created is more than a bar it's a place that tips a hat to the old barn.

"We've got bricks, we've got seats, we've got this wood and my buddy Joey brought me this penalty box door during construction phase and I'm looking at this big heavy door and I thought what am I going to do with this so we put it back into it's natural habitat."

"We've almost turned into an old arena museum, even behind you there you see the diamond shape that's a window from the old arena," he points out.

It is a hockey centric spot even the tanks are surrounded by boards.

"I mean the only thing that's missing in there is ice."

But he realizes there's another game being played in this city.

Center Ice Brewery is a great place to grab a beer and watch a game, but you can also take the Stanley Shuttle, yes it's named after the trophy, to a Blues or Cards game thanks to Nick Heitman and a couple of hockey loving friends who tricked out an old bus.

"There's 16 speakers and 4 subs in the bus here, it will put out some noise,' Heitman says.

It also has usb charging stations and lights to create just the right atmosphere for the ride.

"So it's going to be about 12 or 15 minutes depending on traffic from Center Ice Brewery to the drop off point which is at 8th and Clark. Blues game is a little shorter it's 15 minutes round trip."

So whether you want to belly up to the bar and watch the game or be in the stands make a stop at Center Ice Brewery.