From Ballwin veterinarian to safari photographer

One of the artists at the Webster Arts Fair is Ballwin veterinarian Dr. Jim Irwin who is also a safari photographer. 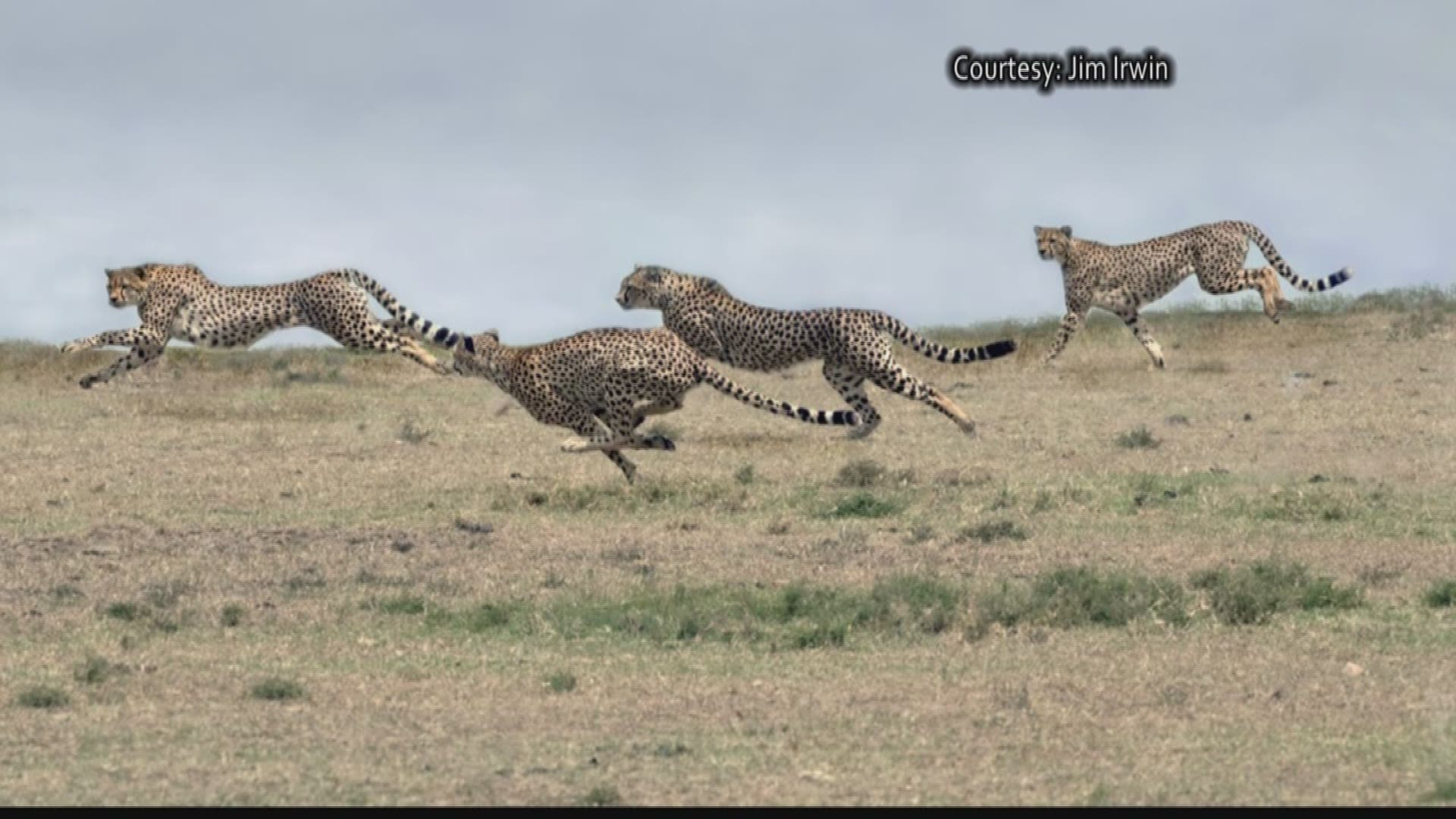 "About 45 years practicing," he said.

Jim is a veterinarian with a wild side. When he's not doing his job, he's practicing his hobby; trading a cats meow for a lion's roar.

"You haven't lived until you've been on a 10 mile hike with a camera and a lion starts running after you. It's exciting," he said.

Jim is a safari photographer. For the past 11 years, he's been taking annual trips to Africa, capturing photos of animals in the wild.

"When you're Jeep driver says, 'That's the biggest male elephant he's ever seen, you take your picture and get out," he said.

"All of a sudden this leopard comes out of nowhere and lands in a tree and is like, 'OK, I'm here take my picture," he said.

At 72 years old, Jim has no problem walking 10 miles with camera gear in tow just to get the perfect shot.

"I used to be a marathon runner so I'm used to that kind of thing," he said.

This veterinarian hasn't taken care of any wild animals while in Africa, because let's just say its a bit different than cats and dogs.

"Quite a bit different," he said.

So he'll stick to cats and dogs in st. louis and taking pictures of crocodiles and wildebeests in Africa.

"I encourage anybody who has an interest in animals to try it once. But you try it once and you keep going back," he said.

To purchase his photos, go to jimirwinwildlifephotography.com. You can also see his work in person at the Webster Arts Fair, located at Eden Theological Seminary at Bompart Ave. & Lockwood Ave. in Webster Groves.