Get off the grid and glamp in St. Charles

A unique overnight stay under the stars 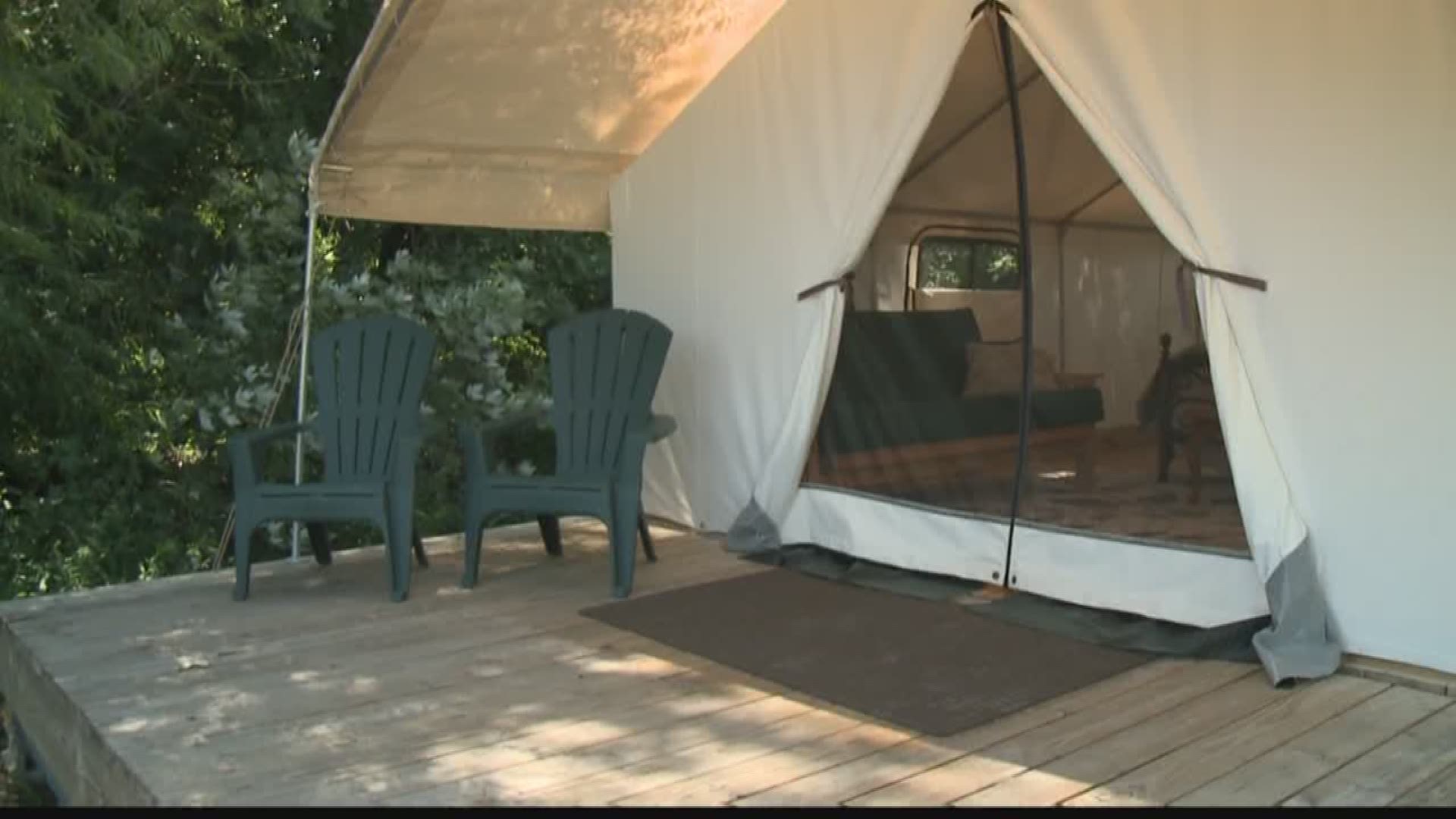 At the end of this gravel road in St. Charles is a marina where people have been putting in their boats for years, but in the spring of 2016 River Island Marina became a destination for people looking for something else.

"We have had people from all over the united states from Connecticut and Vermont. We even had a couple come from the Netherlands last fall," Lee Crockett says.

He and his wife Peg own the property which includes an island and a pond.

"We were back by the pond one day and it was such a neat place."

So they pitched a tent and then Lee pitched an idea.

"I was a bit hesitant at first," Peg says.

"We really didn't want to start a campground we wanted to start something a little different," adds Lee.

And that's exactly what they've done with Glamping St. Louis.

These, however, aren't your typical tents. What Lee has done is unzip a more luxurious way to enjoy the great outdoors.

It is far from roughing it with a queen or king mattress, cute bedding, rug and nightstands. The canvas rooms feel more like a hotel than a campsite.

"Oh yeah they're air conditioned and heated in the winter," he points out.

Each one offers the comforts of home in a secluded area.

"I clue them on all the wildlife here. And I've had a couple of campers tell me yeah we heard the beavers last night he took a tree down and dragged it off."

There are outdoor showers and indoor restrooms. The Crocketts even provide bug spray, binoculars and stuff to make s'mores.

"We have a canoe that they can use so we have paddles, some life jackets. They can play horseshoes, charcoal for the grill, everything they need they just need to show up.

So forget the sleeping bag, search for firewood and squatting and get off the grid by glamping.