Going to extra mile to create something deliciously different 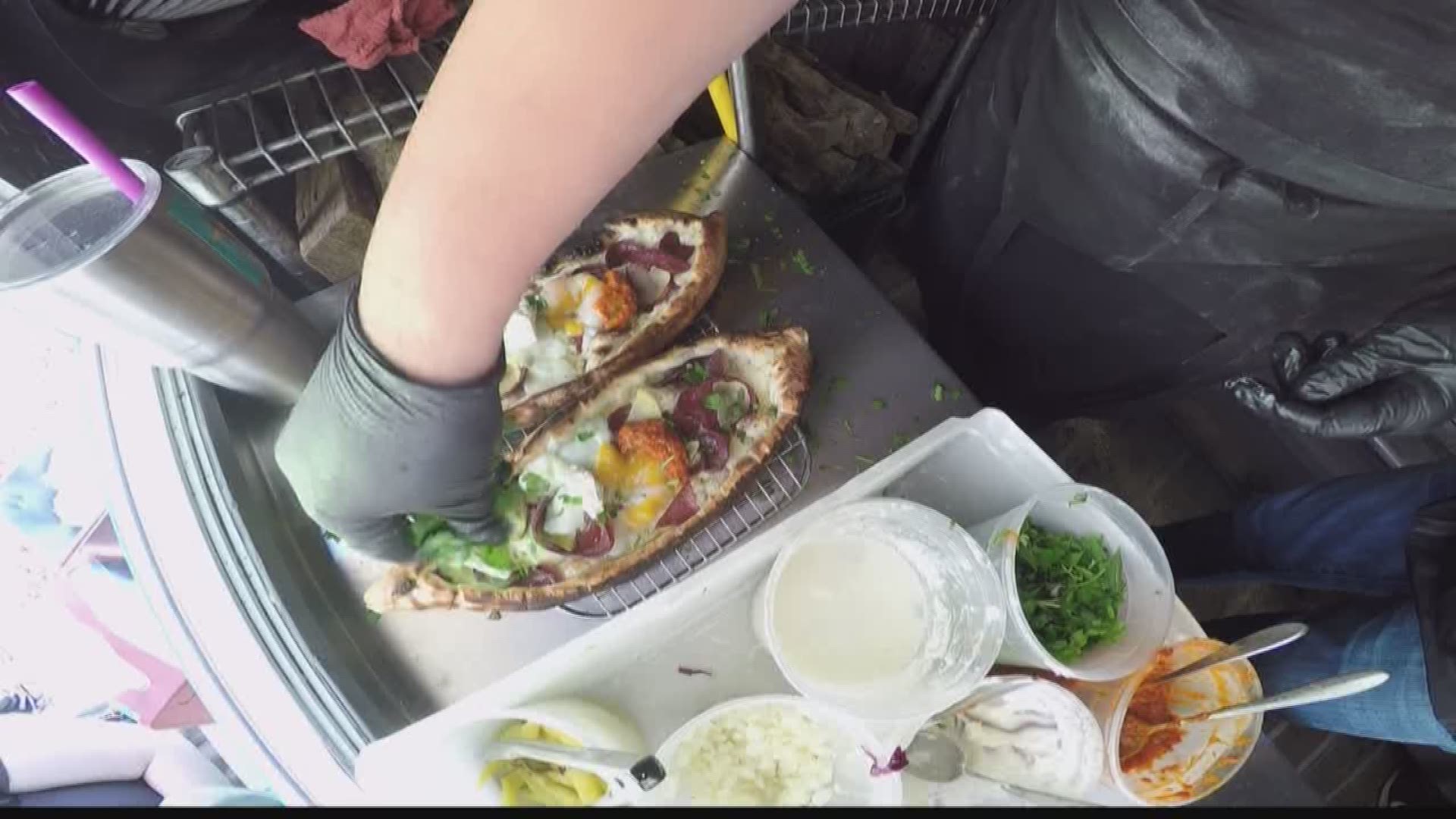 It's bright colors make it hard to miss, the food being made inside the reason it shouldn't be missed.

"Can I get one beef pide please?"

Loryn Feliciano-Nalic has been working in restaurants since she was 13.

"My first job was actually at Lemmons as a bus person."

She was a student in every kitchen she stepped into, but a trip to the Balkans, the place where her husband Edo grew up really stoked the fire.

"she was cooking with my family, with some friends we have the pictures to prove it," Edo Nalic says.

"Not as good as my mom, but as good as anybody else. Her Bosnian cooking is impeccable she learned so quick, her attention to detail is astounding," he goes on to say.

It's a skill she began sharing with strangers when the couple rolled out Balkan Treat Box.

"One of my favorite bands is Balkan Beat Box," she says.

"And it's called the treat box because eating out was always a treat," he adds.

Everything made in the truck's wood fire oven is a treat.

"Usually every day we have the chicken doner which is the turkish style, kind of like a gyro it's on a spit." Feliciano-Nalic explains.

The food has been on just about every best of list since the truck hit the street. It was even named "Best Bites" by Food and Wine.

"We have the cevapi which are the Bosnian style beef sausages mildly spiced that goes inside the bread as well with kajmak, onions."

Today I got to sample the special with ingredients I'm not familiar with, but flavors I want more of and by look of the lingering line I'm not the only one.

"What we're trying to do is replicate the food from back home and she does it best. No one else does it as good as her I guarantee that." Edo says.

So track down Balkan Treat Box and try something deliciously different from a woman who went the extra mile to make it.

2nd Monday of the month at Cortex for lunch

Last Tuesday of the month at Christy Park Concert series

May 20th The Love Run in Kirkwood