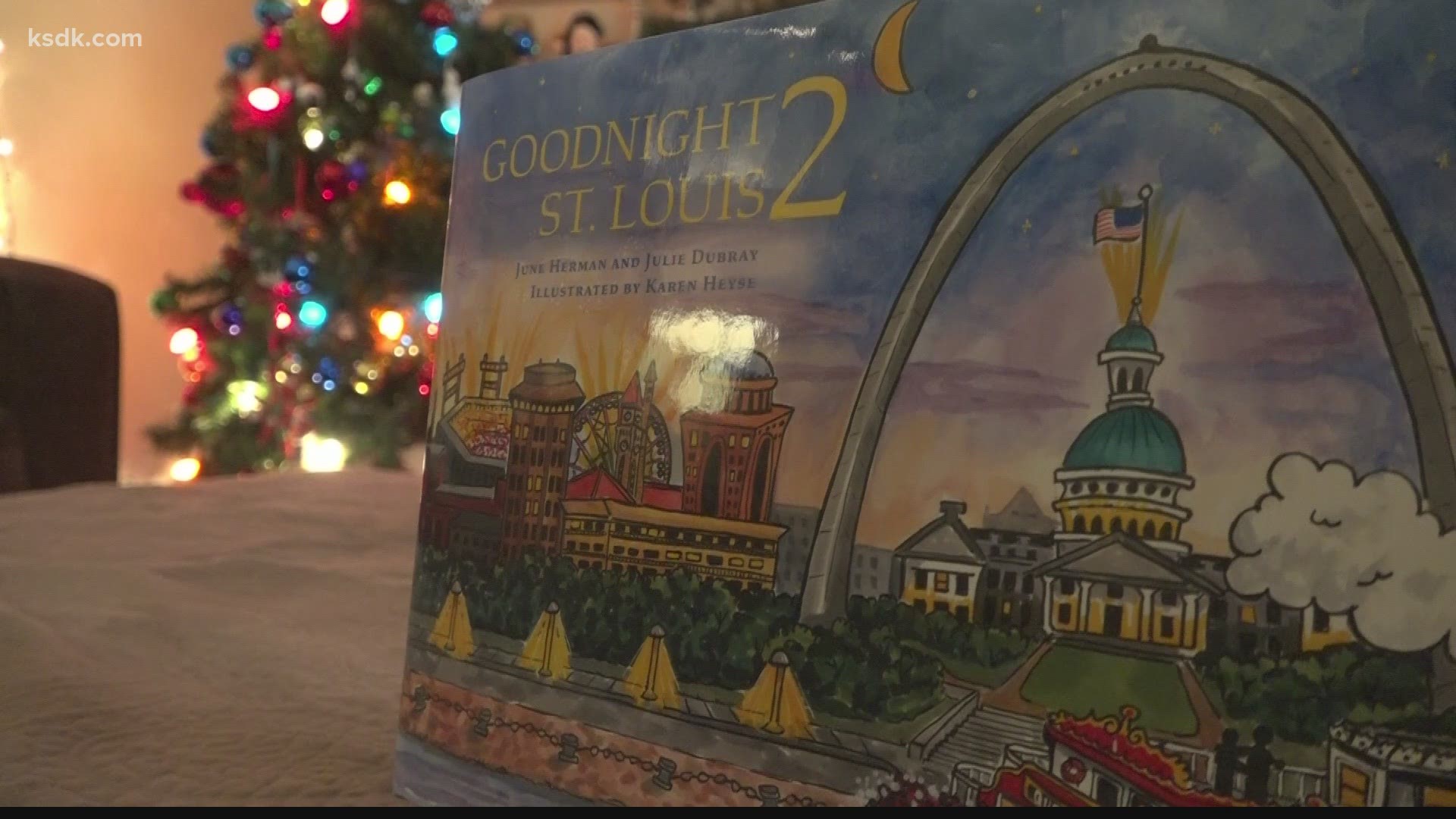 Goodnight St. Louis written by June Herman and Julie Dubray is a children’s book that became an instant hit when it was released seven years ago. They had no idea it would be so successful when it came out back in 2013.

Now, there is a version from the same authors called Goodnight 2 St. Louis. The book just hit store shelves.

Updates in the new book include The Wheel and The Aquarium.

Parents and children can celebrate the city by reading Goodnight 2 St. Louis.

To buy the book or find local shops that carry it, visit www.goodnightstlouis.com.