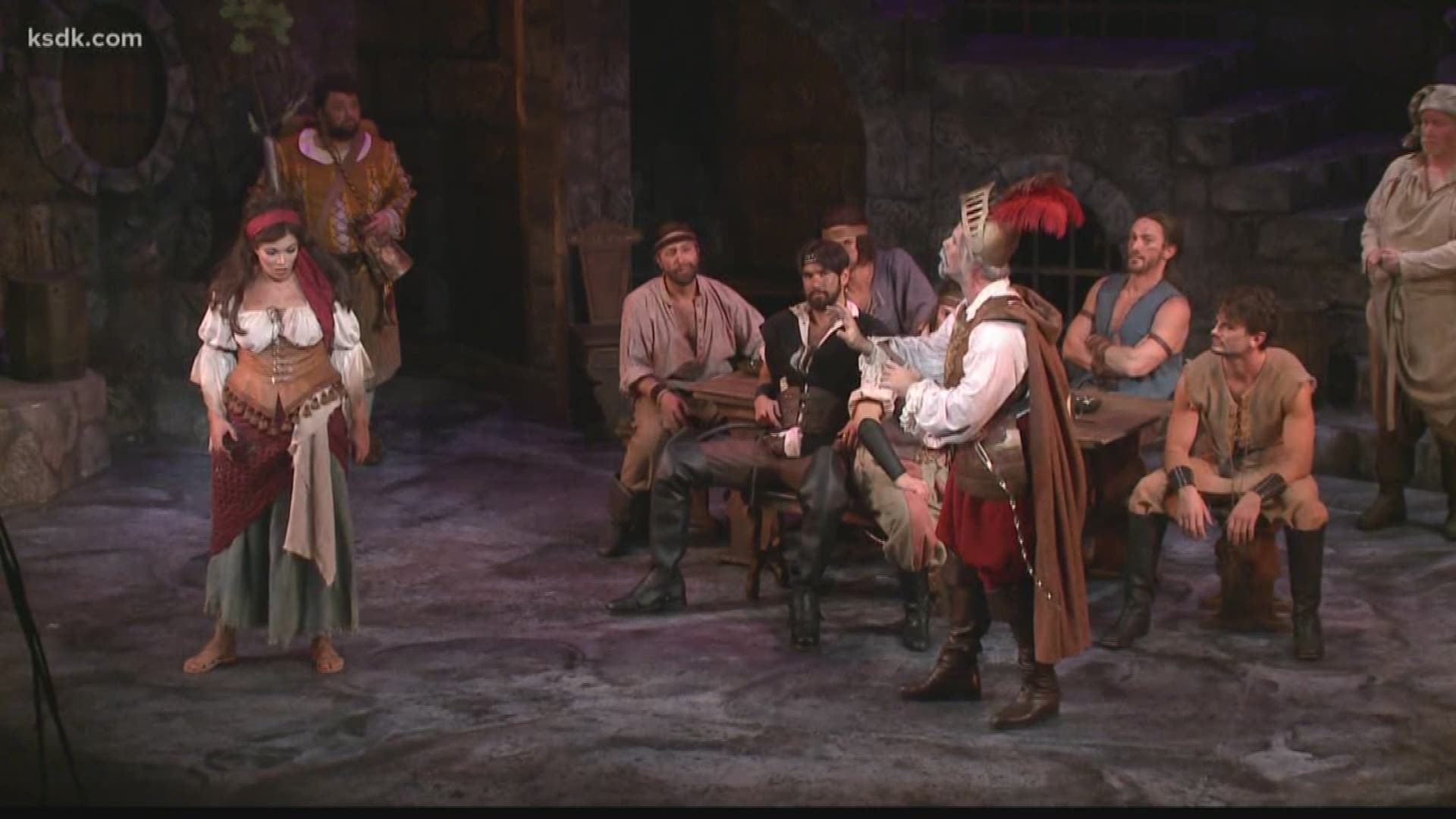 An iconic musical, Man of La Mancha, has come to Stages St. Louis. The story takes place in the waiting room of a prison in the 1600s. This is where the character Cervantes has been imprisoned for crimes against the Church, and the same man plays Cervantes and Don Quixote. James Patterson plays these parts here in St. Louis.

Next we meet Amanda Robles who plays Aldonza. She is Don Quixote’s Dulcinea. Don Quixote gives her this name and proclaims her as his lady and the reason why he is going on all these adventures and why he is going to conquer the world. Amanda describes her character as someone who has been dealt a hard deck of cards in life, and Don Quixote sees her in a new light.

The show is funny, full of adventure, and at the end you feel transformed.

Man of la Mancha runs through October 6 at the Robert G. Reim Theatre. You can get your tickets at stagesstlouis.org.