In a basement in South City is a man plugged in to the St. Louis music scene. 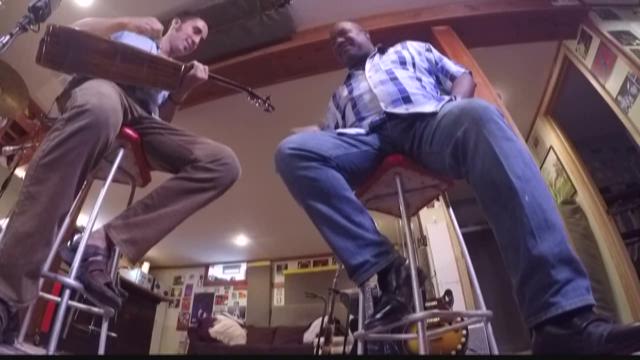 In a basement in South City is a man plugged in to the St. Louis music scene.

"This past week I had gigs Tuesday through Sunday everyday and every single one was with a different group," Paul Niehaus IV points out.

He picked up his first instrument in 4th grade and it set off a musical chain reaction.

He's also a songwriter, producer and mixing engineer at Blue Lotus Recordings, a studio and label he started in June of 2016.

"The first release was Roland Johnson's Imagine This."

It was the first album of original music from this man in his 60's something that struck a chord with a man born in the 60's...

"I played in the club at 16, but I had to put a hat on and dark shades," Jackson explains.

So he called Paul and together they created Gene's album 1963.

"It's real, it's raw, it's emotional. We call it 1963 because we think it's kind of from that era musically," Niehaus says.

"To me I call it outside of the box. It has a New Orleans sound in it, it has a Grateful Dead sound in it it's such a mixture," Jackson adds.

It's no coincidence, Paul enjoys working with singers who have performed for a few years.

"Well, to me that's an advantage, they have more life experience," he says.

They also tend to have more to sing about.

Both men's albums are up for national awards.

"Roland's record is in the soul blues category. It beat out a Grammy winning album by Bobby Rush so to just get on that list is an accomplishment. Gene's album 1963 is in the new artists debut category," Niehaus explains.

So it might be a small record company, but it's making a big impression thanks to a man who has his finger on the pulse of the blues.

You can vote for the men online. You'll find a link and more information about the recording studio at bluelotusrecordings.com. You can also purchase both albums there.