ST. LOUIS — St. Louis Magazine Dining Editor George Mahe keeps track of all of the restaurant news. He shared information about openings, closings and his top picks with Show Me St. Louis.

Restaurant openings during a pandemic? You heard that right. In fact, there were many of them. He told Show Me St. Louis, “In August of this year, more restaurants opened than in August of last year. Let that sink in for a second, who would have ever thought that? Yeah, there were closings, but more opened than closed and I was more surprised than anybody.”

Hangar in Rock Hill: George said, “The inside is spectacular - airplane theme. The bar looks like it was cut from the skin of the airplane. There are naturally socially distanced tables. The food is quite good; it’s outstanding.”

Asador del Sur in Maplewood: George said, “The owners are from South America - two different countries. The cuisine is their favorites from their homeland.”

Aubergine Café in downtown St. Louis: George said, “It’s downtown on 7th street. Hats off to anyone who opens a restaurant in downtown right now because offices are closed. These are the folks who own Fork and Stix in the Loop.”

Boardwalk Waffles in Maplewood: George said, “This place is a party. They’ve got live music, and the owner has built an entire concept around ice cream and waffles, which he used to enjoy on the Jersey boardwalk”

Cusanelli's: George said, “Everybody remembers Cusanelli’s. It’s been there since 1954 down in Lemay.”

Peno in Clayton and Peppe's Apt. 2 in Kirkwood

Check out some of George's articles at stlmag.com/dining. 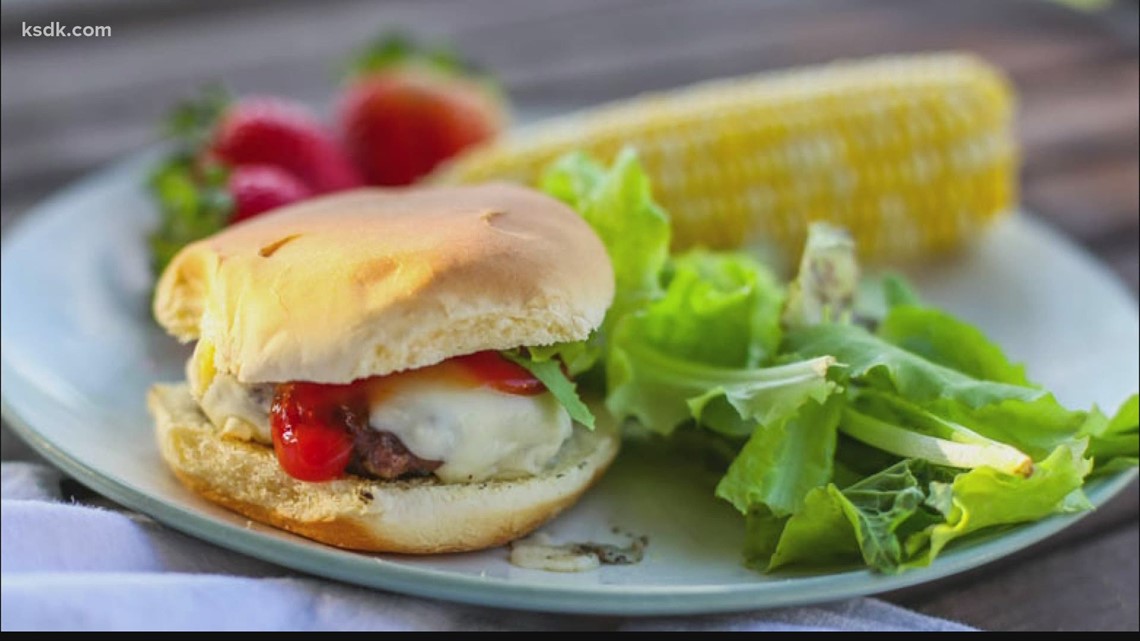 Recipe of the Day: Pesto Burgers
Recipe shared by Polly Conner of the Thriving Home blog ST. LOUIS - 12 ounces (1.5 cups) pesto (use our recipe) In a large mixing bowl, stir together ground beef and pesto. Form the meat into large patties, about 1 inch thick. Over medium heat, grill the burgers about 4 minutes on each side.