Six Mile Bridge Brewery has grown a lot since it started in 2015. 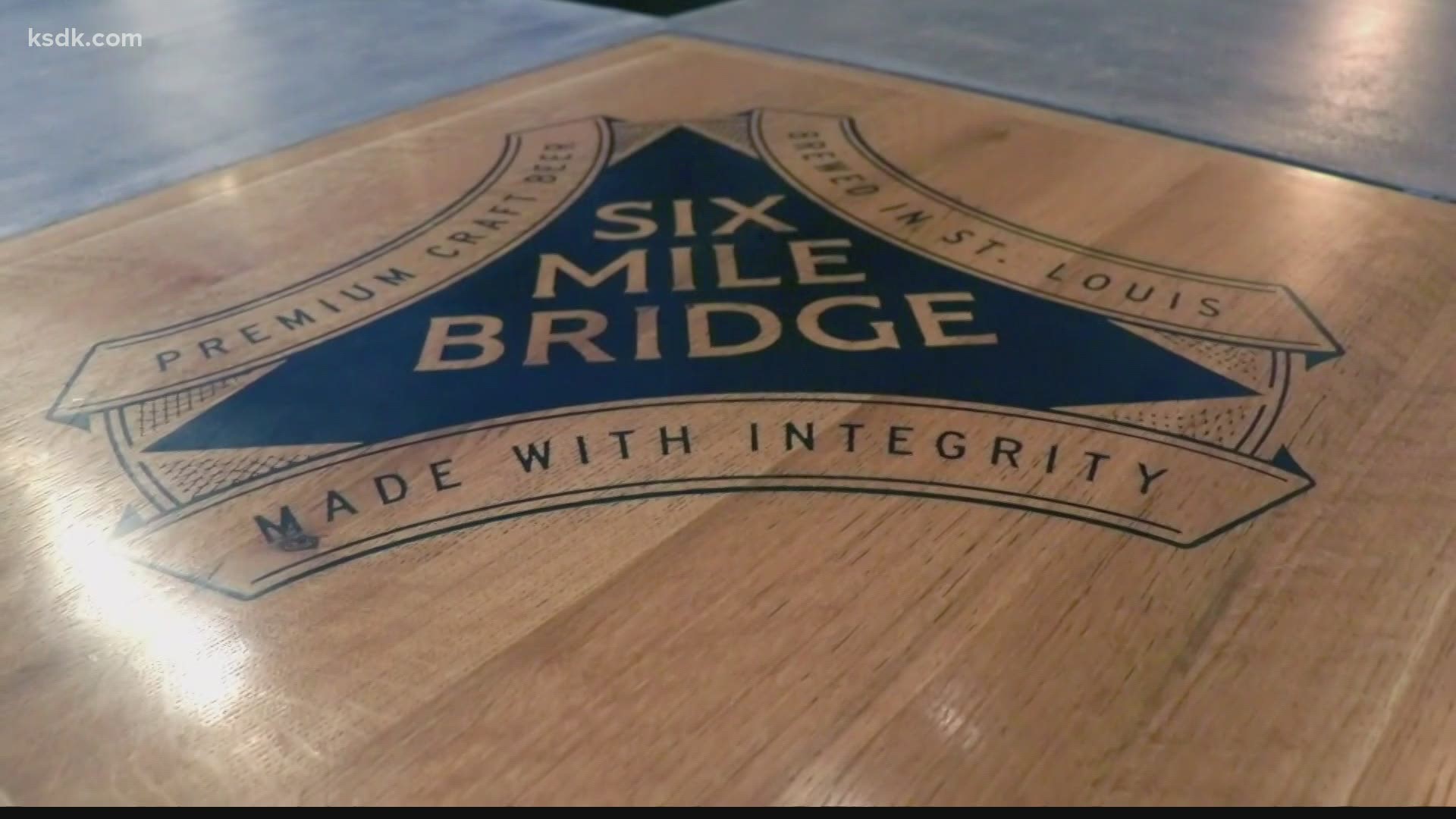 MARYLAND HEIGHTS, Mo. — Six Mile Bridge Brewery was born in 2015 out of the passion and enthusiasm of the husband and wife team, Ryan and Lindsay Sherring.

Ryan is a South African native and began his brewing journey in 2012 when he founded 021 Brewing Company in Cape Town in South Africa that focused on quality ales.

After the success of 021 Brewing Company, Ryan and Lindsay moved to St. Louis to continue their passion for brewing distinctive styles of beer. So, they founded Six Mile Bridge. The name is after a small village in Ireland.

The business has grown a lot since it started in 2015. It started out as distribution only. Now, you can buy Six Mile Bridge beer in grocery stores and any bar or restaurant that serves them.

Six Mile Bridge has a taproom located in Maryland Heights off Dorsett. It opened last year in the midst of COVID. At that time, they moved to an online model where people can order curbside pickup.

With the taproom back open, visitors can now dine in and try out some food that they describe as upscale American fare.

Six Mile Bridge is located at 11841 Dorsett Road in Maryland Heights. It’s closed on Monday and Sunday but open 11 a.m. to 10 p.m. Tuesday through Saturday.

Ryan Sherring had this to say about community support during these uncertain times:

“We have seen tremendous support from our community, overwhelming support from our community, and we are truly grateful for that. We've really seen people step up and support us. A lot of people who it would be easier for them just to stay at home have come and done take out where they feel comfortable. They've come in and gone in. And the feedback we're getting from people is just remarkable. So, there's a lot of gratitude that goes towards that and the support from our community. I think most restaurants are probably feeling the same thing. They're probably seeing that love pulled out from their communities. And that's really why we’re here and that's what inspires us to keep going.”