Show Me Show Down: Seahawks vs. Vikings 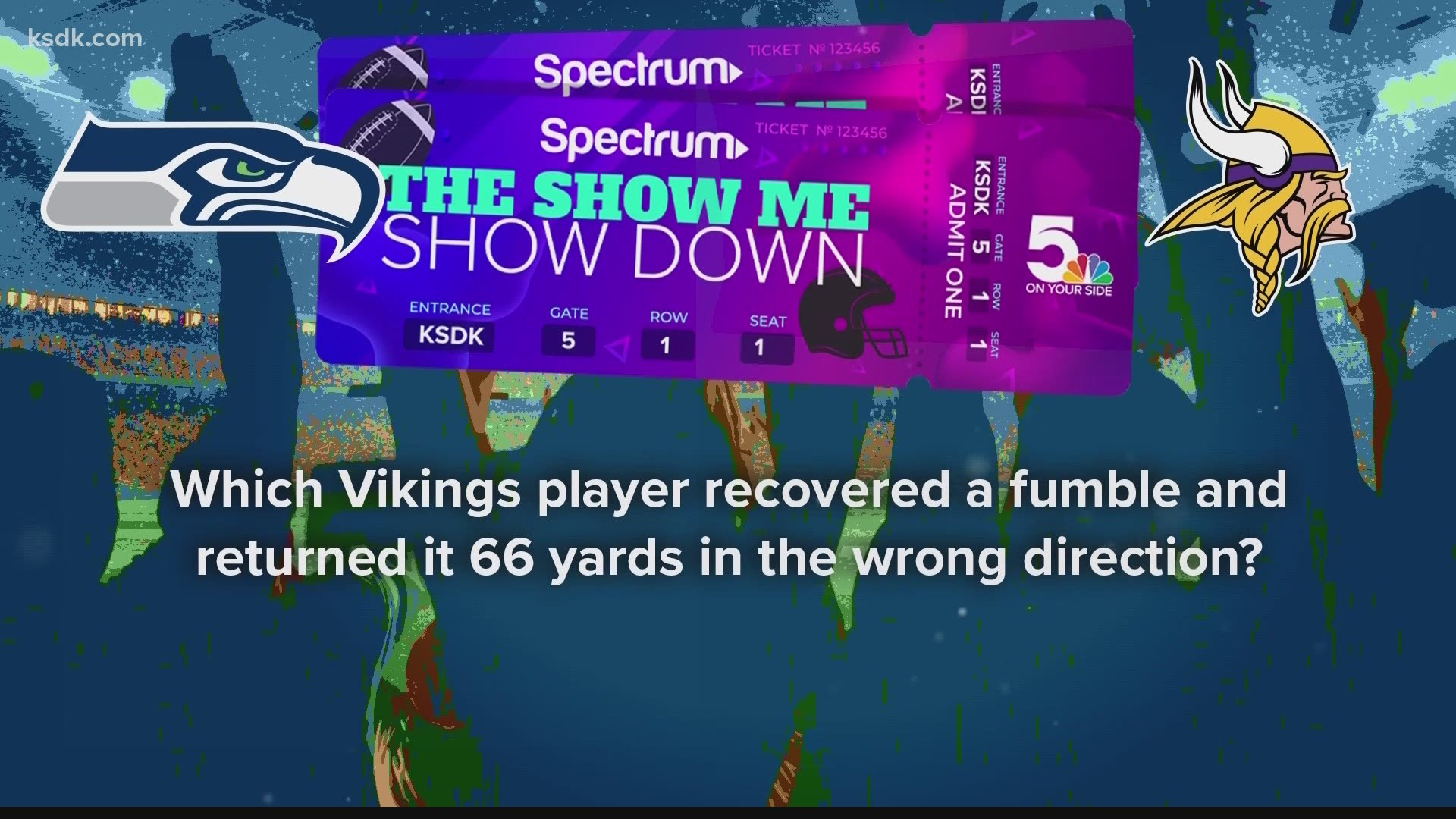 MINNESOTA, USA — Tune in each week to see Spectrum's Show Me Show Down trivia question about one of the week's football match-up teams!

Question: Which Vikings player recovered a fumble and returned it 66 yards in the wrong direction in 1964?

Jim is famous for his wrong way run. What he thought was a touchdown was actually a safety for the other team because he ran it into the wrong end zone. But, the Vikings still won that game and Marshall ended up a Hall of Fame nominee.