Strangers raised money to buy a car for a Walmart greeter 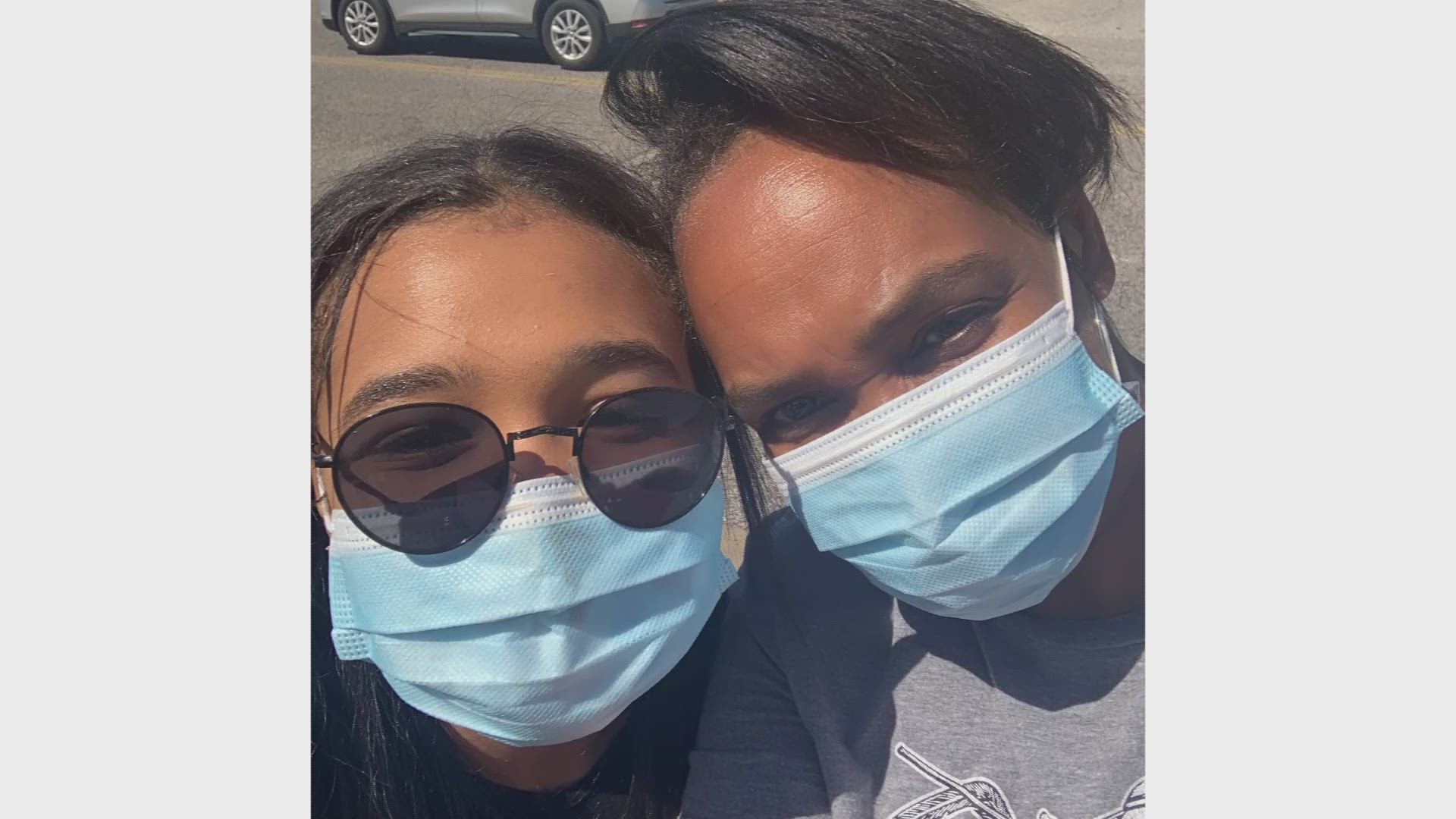 FERGUSON, Mo. — Kim Bouldin-Jones woke up on May 31 with a heavy heart. After unrest in Ferguson the night before, the mother of three left her St. Charles home with her daughter Erin to help cleanup.

"I want to be a person that does something positive. And, you know, and all the social and racial unrest, being an African American mom of two boys, I mean, this really impacted me. So, we threw some shovels and brooms and dust pans in the car and we headed down to Ferguson."

That's when the mother and daughter spotted a man having trouble walking, wearing a Walmart uniform.

RELATED: How to explain complex issues to young children

“He was limping across the parking lot, like trying to walk from the bus stop to the Walmart," Erin described.

His name is Jimmy Jordan. He has a broken down car and has a disability.

Jordan's been taking the bus and walking to work for more than a year and a half.

"Everything I do is pretty much a struggle,” he said.

So, Bouldin-Jones and Erin decided to give this Walmart greeter the greeting of a lifetime.

“I rolled down the window and asked him if he needed a ride," Erin said.

“My first reaction was, nah, I think I can make it,” Jordan said.

“I said, come on, go ahead and get in the car,” Bouldin-Jones insisted.

A ride to work was just the beginning.

“In the car, you explained to us that he has a car but his water pump doesn't work,” said Erin.

“I was like, I’m going to ask for a little help from my friends. That’s when I wrote a big long drawn out story on Facebook. I was hoping to get $1,000,” Bouldin-Jones said.

Her friends really stepped up and donated $8,000 in just four days.

They went to the Ferguson Walmart to deliver the news.

The money was more than enough for a water pump, it was enough for a car, and that's exactly what they did next.

“2008 Acadia GMC. Very, very, very nice car. It’s life changing for me. I'm a man of God. I'm gonna be even more of a man of God to spread God's blessing the way you guys spread it to me,” he said.

Because sometimes a car is more than just a ride, sometimes a Walmart greeter needs to be greeted, too. And sometimes the person you're helping, helps you.

“He taught us that giving feels way better than receiving. He says, I'm going to pass it on. And I truly believe it,” Bouldin-Jones said.

She's still raising money to make the car more accessible for him. If you’d like to donate, Bouldin-Jones' Venmo is @Kim-Bouldin-Jones.