The reason there's a piano in Sutton Loop Park

Maplewood is packed with some of the best shops and restaurants in our area and now there's something new and different to check out. You'll now find a public piano in Sutton Loop Park. Dana Dean please explain. 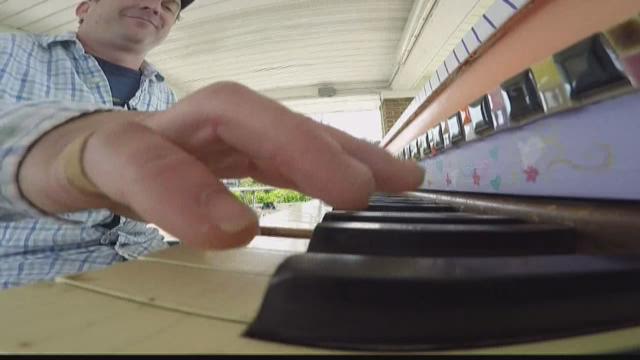 In Sutton Loop Park, anyone can put on a concert, thanks to a piano that recently showed up. The idea to put this piano in a public space came from Maplewood resident Laura Miller.

Miller said, "I was in Denver for work and walking along the 16th Street Mall and noticed they had public pianos out and stopped to listen to someone and just became intrigued with it."

Then, when Laura's neighbors asked her if she wanted their piano at no cost, it was music to her ears.

She said, "The next step was going to the powers to be at city hall and getting their approval and they've been great and embraced the idea."

But this isn't just any piano, because it's also a work of art. Artists First, a nonprofit art studio serving people with disabilities, spent the past 6 months working on the piano.

Sheila Suderwalla said, "Every artist in the studio collaborated and put their own artistic mark on the piano,."

Public Works covers it at night and uncovers it in the morning.

Miller said, "I'm hoping this is just the beginning. I'm hoping to get other pianos throughout out the community."