Vintage KSDK | 21 years ago this week, the pope visited STL

Pope John Paul II toured the city on his popemobile. Pink Sisters prayed for good weather. Some say big crowds were scared away 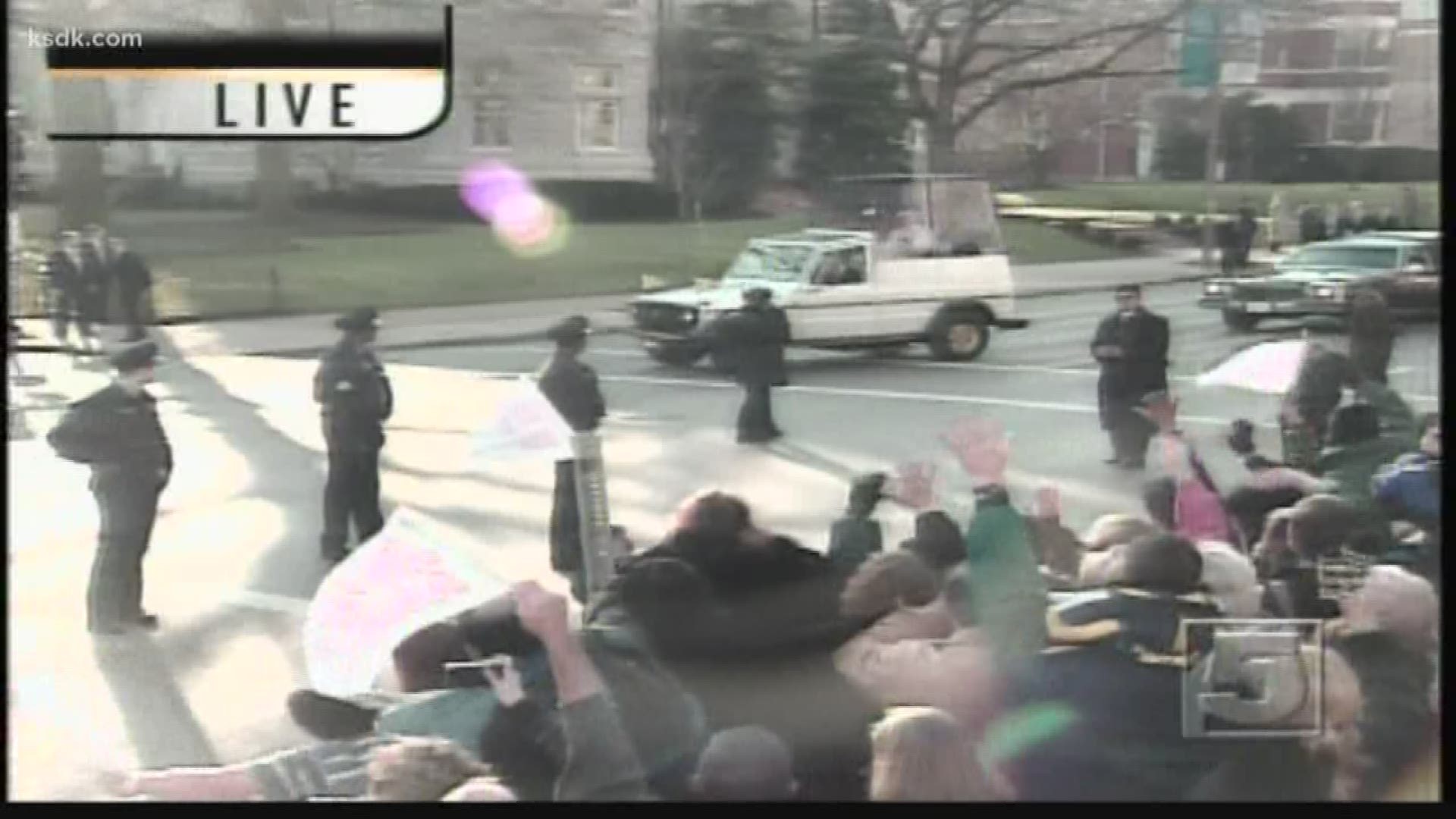 ST. LOUIS — Here's another gem from the KSDK Video Vault.

Twenty-one years ago this week, the pope visited St. Louis.

John Paul II was here for 31 hours in January 1999. Thanks to the prayers of an order of cloistered nuns known as the Pink Sisters, the weather was perfect.

Memories include the pope whizzing through the streets of St. Louis on his popemobile.

Security experts had been predicting crowds of millions would flood the city. But many later said, because of the media hype, the streets were basically empty during many of his rides through St. Louis.

Our photojournalist David Mueth covered the visit. Here's what he remembers about one of the evenings the popemobile drove the pontiff through the mostly quiet streets of downtown St. Louis.

“We kept on telling people there's going to be gridlock, don't come down,” recalled Mueth. “If you do come down, take public transportation, carpool. A lot of people were scared."

That’s why instead of being lined with people, many streets on the pope's route were empty during some of his trips around town.

"So, he came barreling down Pine Street, doing 40, 45 miles an hour,” said Mueth. “Turned on Tucker, then turned right on Market. Didn't even slow down, didn't wave, didn't do anything because he was running late for the Mass for the youth."

The crowds did turn out to see the pope during many of his daytime trips.

And there was a big turnout for a parade held for the pope down Market Street from the Old Cathedral to what is now the Enterprise Center.

RELATED: Want to light up the St. Louis Wheel with your own colors? Here's how much it'll cost