Vintage KSDK | Our new series featuring video from our archives

From epic floods, to the building of the Gateway Arch, to the loss of cherished sports figures, we're digging into the video vault each week for #VintageKSDK 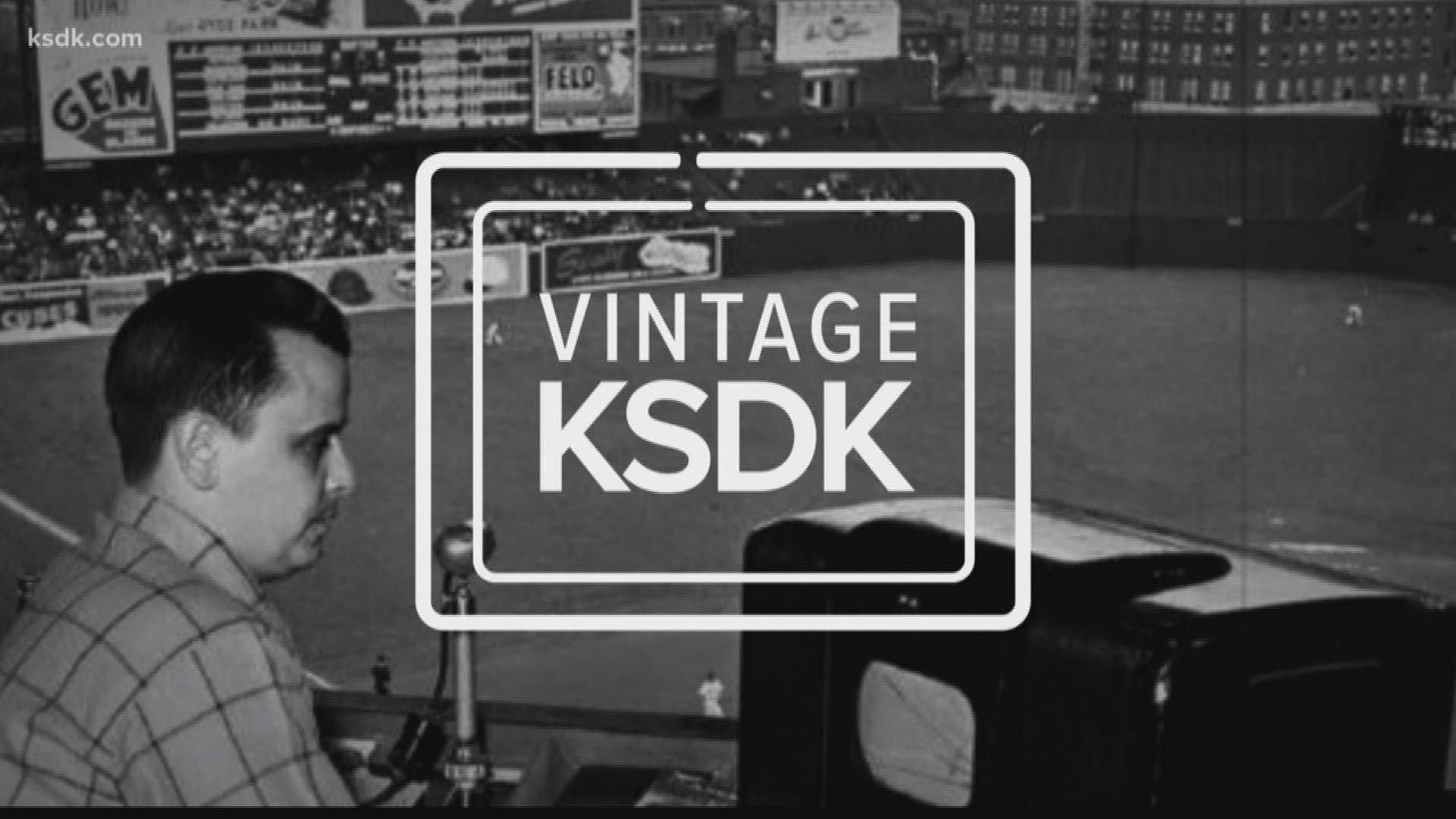 ST. LOUIS — If you're like most people, you probably have boxes full of old photos and papers squirreled away at home.

Here at 5 On Your Side, we're no different.

We have a literal treasure trove of film and video from the past stored away in the basement of our building. Some of it dates to our first days on the air in 1947.

Invention that rocked the world

1947. That’s the year television debuted in St. Louis. KSDK was the first station on the air in Missouri, in February of that year. Pictures and programming were all in black and white.

For the first time, the American public could watch what was happening in courtrooms and during presidential campaigns right from the comfort of their living rooms.

And from St. Clair County, to the Saint Louis Zoo, 5 On Your Side has been capturing special moments in our community for 73 years.

Not only that, we've saved all of the pictures and special moments we've caught on camera. It all lives in the basement at 1000 Market Street.

Literally miles of film and videotape are giving us a moving glimpse into the past. Like the day of the Apollo moon landing when our news crews hit the streets.

"I believe it is a historical event for everybody," said one man who stopped to talk with our reporter.

From epic floods, to the building of the Gateway Arch. From the loss of cherished sports figures, to World Series victories, it's been our privilege to gather the news of your life. Special moments, big and small.

Look for a weekly segment here on 5 On Your Side at 4 p.m. called Vintage KSDK.

You can also see our stories and great video from the past on YouTube using the same hashtag.

RELATED: City Foundry STL’s new sign is up, so when does it open?

RELATED: ‘Thank you for an unforgettable 11 years’ | Steve’s Hot Dogs and Burgers will close on Saturday