Vintage KSDK: The kidnapping of Mr. Moke, the talking chimp

We dug deep into the archives and found a bizarre tale involving a talking chimp at the St. Louis Zoo and a kidnapping 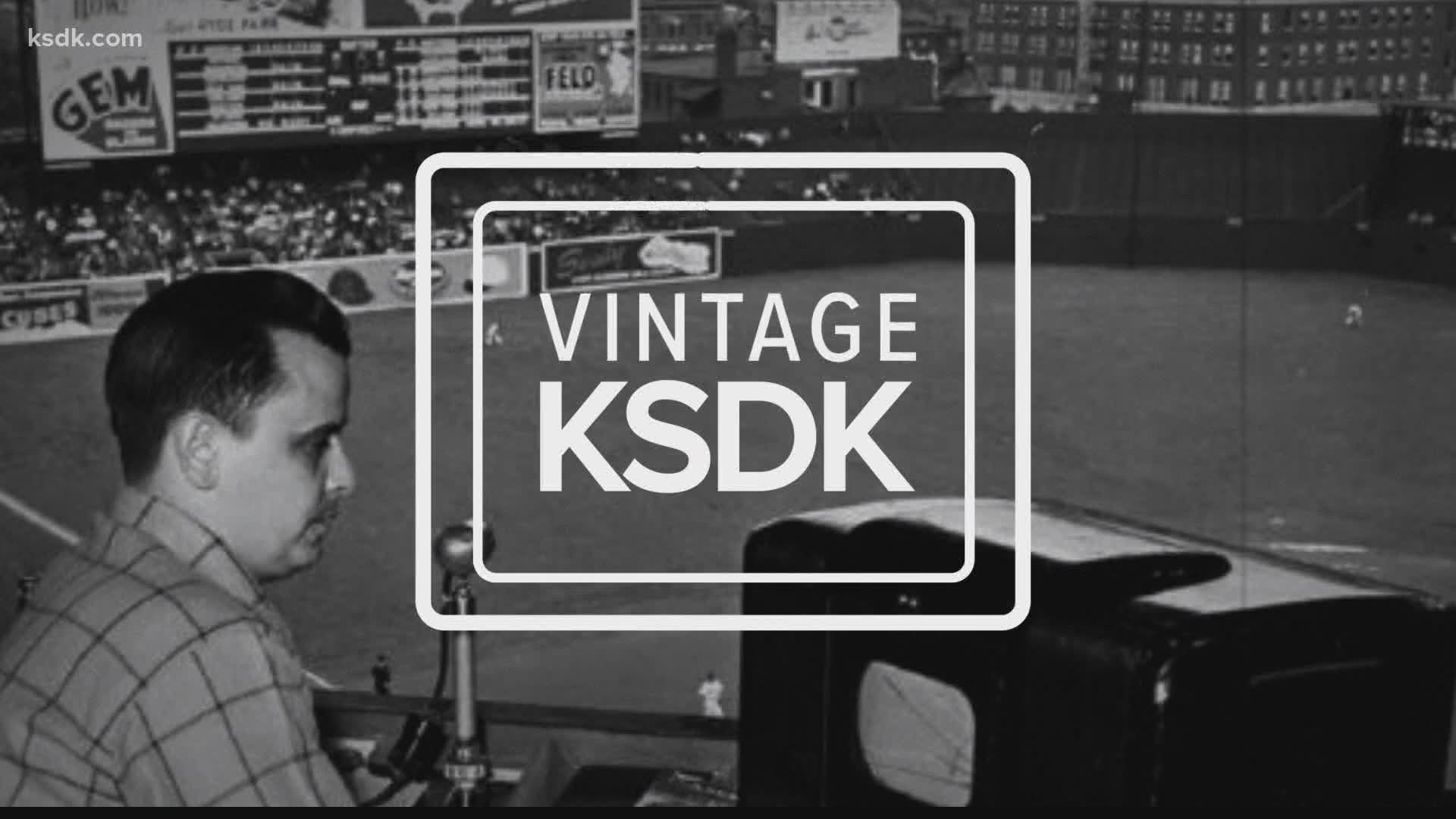 ST. LOUIS — The St. Louis Zoo is getting ready for a new arrival this fall.

A chimpanzee named Utamu is pregnant.

So this week, we dug into our vault looking for some of the other stories we've covered at the St. Louis Zoo.

What we found was a bizarre tale involving a talking chimp and a kidnapping.

Mr Moke, the talking chimpanzee, arrived at his new home at the St. Louis Zoo in the fall of 1959.

Robert Tomarchin sold Mr. Moke to the Zoo, and immediately had second thoughts.

He offered to buy Mr Moke back for $3 thousand, nearly twice what the Zoo paid for him.

The Zoo turned him down.

So Tomarchin snuck into the primate house in the middle of the night and kidnapped Mr. Moke.

He left behind a $1,000 cashier's check promising to pay the rest back later.

Tomarchin then took Mr. Moke to Miami, where he later turned himself into police, but refused to return the chimpanzee.

The case went to court. The judge sided with the Zoo.

Two years later Mr. Moke returned to St. Louis and the Zoo’s primate shows, where he showed off his spelling and talking skills.

By the mid-60s he was outgrowing his role in the shows.

“Mr. Moke is getting kind of large for us and we are hoping to open up with him this year. He has a few new tricks, if he's capable of doing it,” said Mr. Moke’s trainer, Ed Kostial.

As for mr Moke's most famous trick?

“Can he really talk?” asks a reporter?

“Yes, he can talk, but it means no more than if your dog can speak for food. It's a combination of pantomiming and a natural sound combined together makes the word mama.”

Apparently, Mr. Moke was the only chimp ever to do this.

But Mr. Moke was back in the headlines in 1969 when he escaped from his enclosure. The chimp roamed around the Zoo. He even climbed up on the Zoo train and bit the conductor.

He then headed into Forest Park where veterinarians tranquilized him and brought him home to sleep it off.

Mr. Moke eventually moved to the Knoxville Zoo in the early 1970's where he lived out his days.

We reached out, and a spokesperson for the Zoo sent us this statement regarding animal shows:  "The Zoo's show philosophy has evolved in response to a deeper understanding of the animals' complex social needs. Gone are the costumed characters performing behaviors without context to their natural history. The emphasis has shifted to maintaining animals in appropriate social settings and using live animal demonstrations to promote respect for animals. "