Joanna Serenko is making St. Louis proud with her debut on "The Voice" 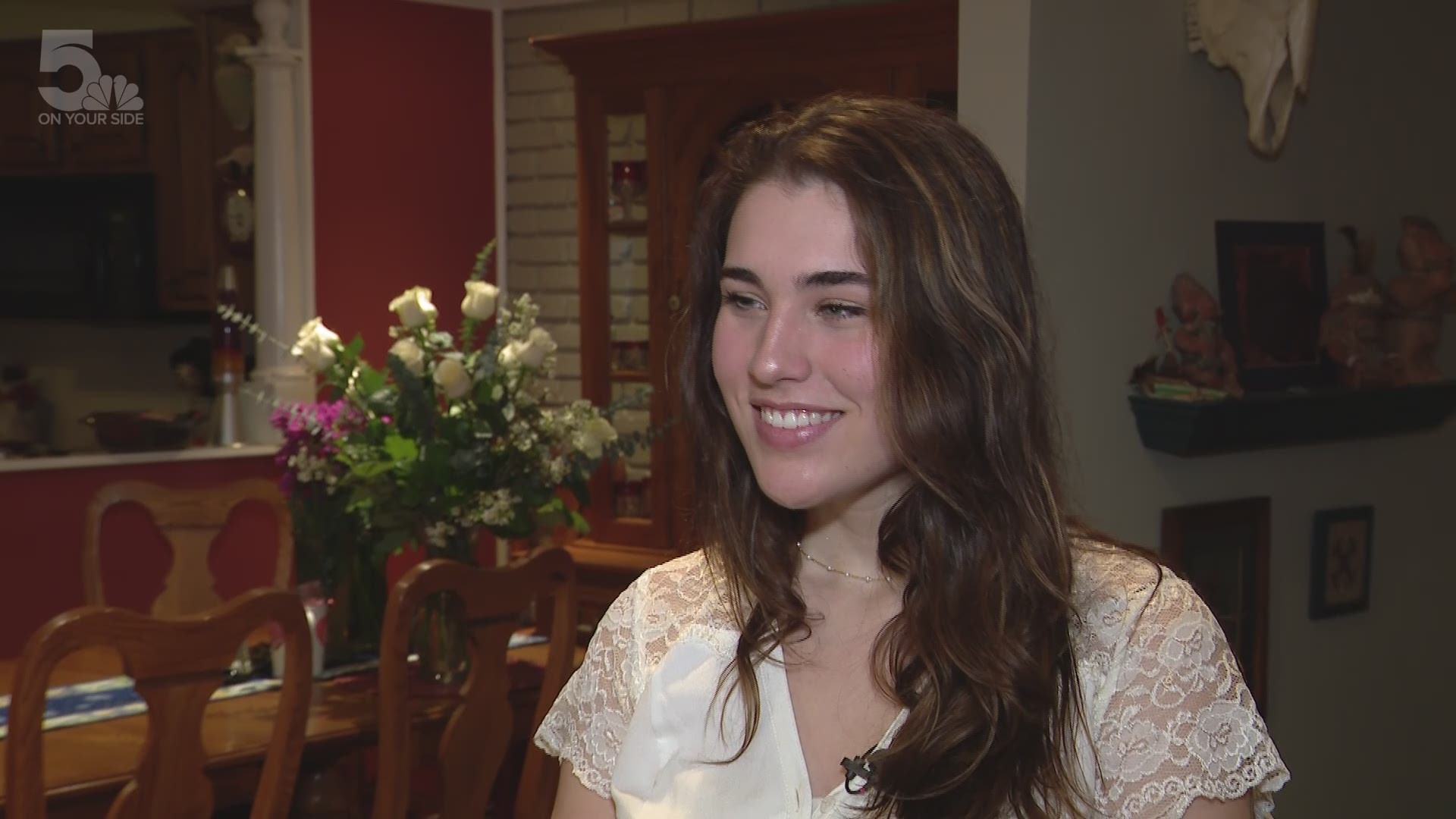 ST. LOUIS — A St. Louis teenager wowed judges on "The Voice" so much Monday night, they were fighting over getting her to pick them as her coach.

Joanna Serenko made her debut at the very end of Monday night’s season premiere of “The Voice” on NBC. She’s just 18 years old and is a recent Kirkwood High School graduate.

Joanna said she has an old soul, so she decided to go with a jazzy, acoustic version of The Beatles song “All My Loving”.

It didn’t take long for all four of the judges to send all their lovin’ right on back to Joanna.

Within 20 seconds of her performance, Kelly Clarkson, John Legend and Nick Jonas hit their buttons in rapid succession.

The fourth judge, Blake Shelton, held out a bit longer. Finally, a minute into her performance, Shelton hit his button to spin his chair around.

It was the first and only four-chair turn of the night.

The judges were wowed by how young Joanna is and applauded her mature sound.

Here’s what each of the judges said about Joanna while trying to convince her to pick them to be her coach:

Blake: “I don’t know in what season we’ve heard such an effortless, powerful vocal. I’m going, ‘There’s no way this girl’s gonna choose me as her coach.’ But at the same time, I’ve gotta hit my button when someone is that great.”

John: “We live for those moments when the singer gives us chills, and you gave us that today. To know that you’re 18 years old, it’s very surprising actually because you sound so assured. You have so much control dancing around the notes. I hope I can be your coach.”

Nick: “You blew me away, and it was effortless. I’d love to have you on my team. Thanks for letting me hear you sing today. It was amazing.”

Kelly: “I’ve been here for five seasons now, and I haven’t heard anyone sing like that. You also have this really artistic, really cool vibe with your tone. I think you’re really good for this show, and I cannot wait to see what you do next.”

All of the judges assumed Joanna would pick John because of her jazzy, soulful tone. That prompted Nick Jonas to throw up a fight.

“You know what, I’ve got one more thing to say. I’m sorry, I’m going to fight for you right now. I want you on my team. I believe you can do this. I know I’m not the logical choice, but I also have something to prove, and I want to fight for you today. So, let’s do this,” he exclaimed.

That last little fight might have been enough to win Joanna over.

John Legend congratulated Joanna with a hug and said with a laugh and a smile, “You made a bad decision, but it’s okay.”

He called Joanna “the one that got away.”

“Nick kinda threw up a fight,” Joanna said in explaining why she went with the Jonas brother. “I think he’s an amazing artist and he’s doing so many great things in the music industry right now. So, it kinda made the most sense to me to pick him because I feel like we just vibed.”

5 On Your Side caught up with Joanna just moments before she went into a watch party for the show. Her closest family members and friends gathered in front of a big screen at Des Peres Movie Theatre to watch her performance and national television debut. She told 5 On Your Side seeing herself on that screen will make it all finally feel real.

“I think it’s gonna click when I see it,” she said. “I feel like up to this point, it’s been a lot of waiting for being able to tell people or show people, but now it’s finally here.”

Joanna said being a contestant on "The Voice" is a dream come true. She’s auditioned for the show before but never made it this far.

“I’m one of 40,000 people who’ve auditioned. I just feel so special to have this spot,” she said with a big smile on her face.

And to represent the place she calls home is making this journey all the more special.

“It means so much to represent St. Louis because I know there are so many incredible musicians who live here,” she said. “It just means a lot because I love this city, and I just want to be able to represent them the best I can.”

Monday’s episode was just the season premiere, so we’ll be able to expect to see and hear more from Joanna soon. But so far, she told 5 On Your Side the whole journey has been a “whirlwind of emotions.”

“It’s just been such a beautiful experience. I just feel so lucky every day to have been participating in it.”

Click here or hit play in the video below to watch 5 On Your Side's exclusive 1-on-1 interview with Joanna Serenko.