Review | 'Waves' may not be an easy watch, but it's a good film that marches to its own beat

If you ever wondered what the breaking bad version of Sterling K. Brown's doting dad in "This Is Us" looks like, here's your chance.

Expectations can be a deadly weight to carry over the end of your innocence. For Tyler (Kelvin Harrison Jr.), a wrestler thriving in high school, it revolves around meeting the goals not carved by his own mind, but those of his overbearing father, Ronald (Sterling K. Brown).

When we first meet Tyler, we see him drenched in a temporary paradise, driving across a freeway in Florida with his girlfriend, Alexis (Alexa Demie, the stunner from HBO's "Euphoria") while singing and waving their arms around the outside of the car. We then see his wrestling regime laid out: the sweat, blood, and quiet tears. On the surface, Tyler seems to be thriving, but it's a different story underneath the hood. There's something screaming in there.

Trey Edward Shults's new film, "Waves," is easier to admire than love. This is a highly atmospheric film that surrounds you in a family's life that seems to be teetering on the edge of the road, bound to go off and roll into a ditch. Tyler's sister, Emily (Taylor Russell) is the unfortunate forgotten child while his stepmom, Catharine (Renee Elise-Goldsberry) is constantly playing catch-up as Ronald's domineering takes precipice over everything.

Since Tyler and Ronald train together, there's an entirely alternate level to their relationship that causes disruption elsewhere in his life. People say sons are put on this Earth to trouble their fathers, but it could easily be the other way. 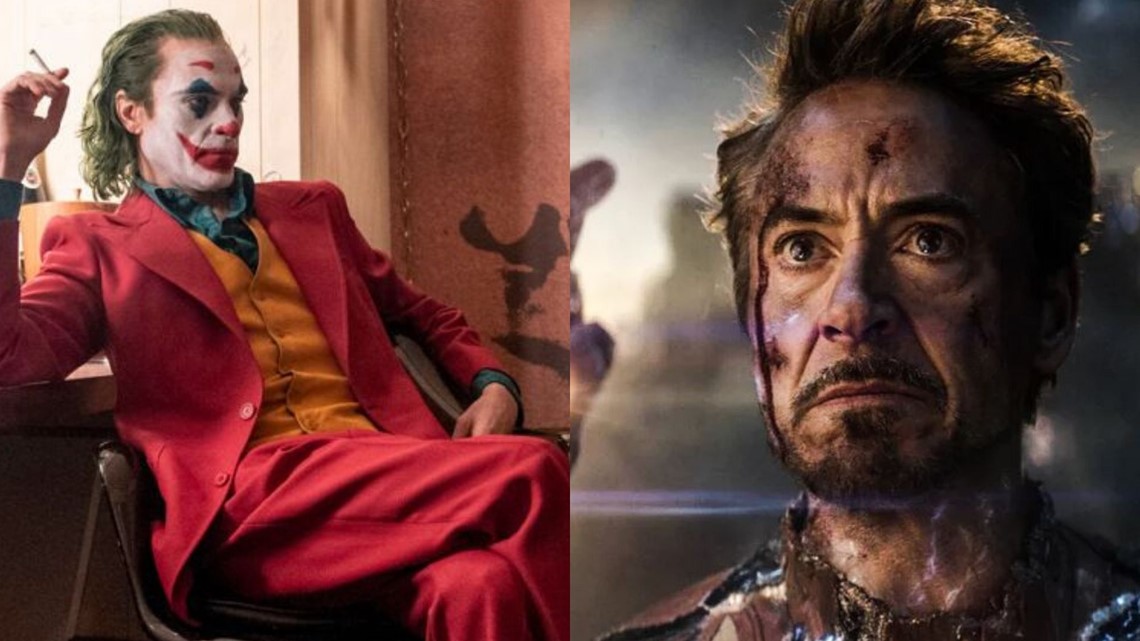 Opinion | Why comic book adaptations (still) deserve more respect from the Academy Awards
ST. LOUIS - A great movie is a great movie. There shouldn't be an asterisk attached due to the fact that one film has tights and superpowers while the other has loads of makeup and dread. For the longest time, the Academy Awards refuse to give more respect to two different factions of the movie game: comic book adaptations/inspired films and stunt work.

There's a big moment right past an hour into the film that will leave you gasping and not in a good way. It's also at this moment that the film downshifts and slows the boil down to a simmer. Think of "A Place Beyond The Pines" in the way the same story is told in two different increments and spaces.

Shult's film is beautifully rendered, showering the film in a foggy vintage dystopia that slowly loses its balance. Shult's script is real and raw that doesn't forgive its characters yet allows them to heal on their own time. Nothing comes easy in a family drama like this, and I respected that.

The pacing isn't the best, with the film taking mini naps during each of its two hours. The performances are esteemed across the board, but the work here of Brown stands out. It's a breaking bad type spin on his doting father from NBC's "This Is Us," but not in a bad way. Ronald looks like a lot like Randal, but he's wound a little differently. Everything is being squeezed tighter. A father who can't slow his mind or expectations down.

Lucas Hedges, who apparently doesn't sleep, has a fine supporting turn as a fellow high school kid with a broken wing who comes into Emily's life. Elise-Goldsberry has a moment during a fight with Ronald in the second act that is just so patient and well-played.

Once again, I can tell you "Waves" is a well-done film and easy to look at, but it's a tough watch. You may take a bite and think this dish isn't for you. A couple colleagues made a remark recently about "Marriage Story" being hard to watch a second time.

For me, I don't think I can watch this film again. It's relentless and unforgiving in its depiction of this family experiencing change, and the weight of the film feels like a gut shot at multiple times in the film. That could be due to the unflinching style of Shult's film, or the fact it's simply not for everyone.

It could be a testimonial for drug use, parenthood, and decision-making-but also a hard-charging stance on what is a proper childhood and what is a stolen one?

One of the best things about the film is how it treats the method of forgiveness, how it doesn't just happen overnight. Shult should be commended for that. Most films speed it up to meet the end, but he slows it down to understand the need for a new chapter first.

"Waves" may come off like a film that beats you to the ground, but it is a well-constructed experience that is trying to mean something. It requires an open mind and heavy heart, but there is a payoff in the end that lets you walk away with a smile on your face and some hope ahead of you.