At the time, city officials weren't even sure it would be rebuilt. 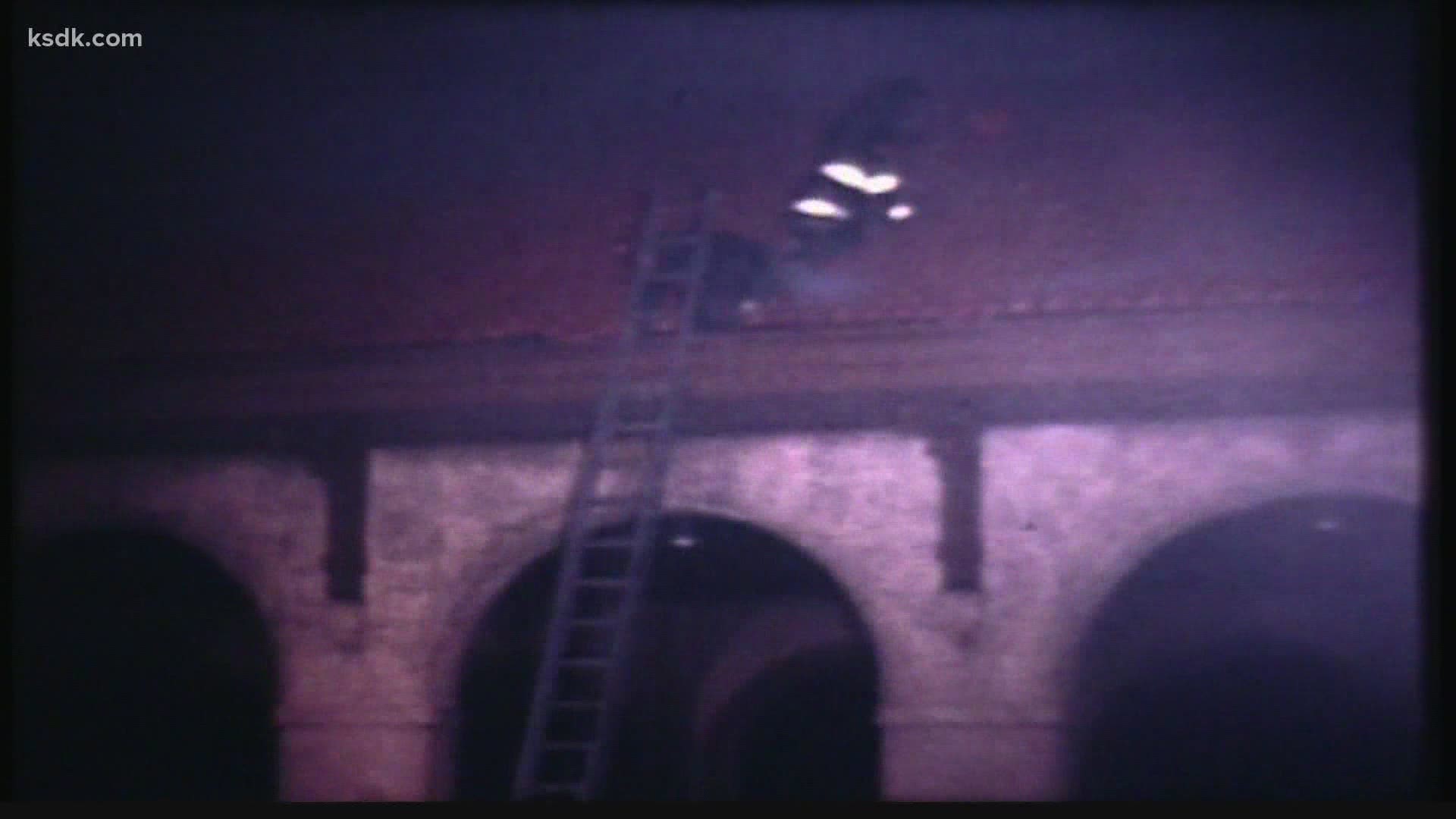 ST. LOUIS — One of our city's historical gems was damaged by fire 54 years ago today. We dug into the video vault for today's Vintage KSDK: the night the World's Fair Pavilion burned.

Flames flare along the roof line of the arched pavilion that sits on top of Government Hill in Forest Park.

Firefighters on ladder trucks pour water on the structure that wasn't part of the city's 1904 World Fair. It was built in 1909, with money raised from the fair.

But by the 1960s, it had been neglected. An electrical problem was thought to have sparked the flames.

Daylight revealed the damage. Firefighters had saved most of the building, and some items stored inside. But at the time, city officials weren't even sure it would be rebuilt.

As we well know, the World's Fair Pavilion stood the test of time, undergoing several renovations, including a big one in 1998, and hosting everything from yoga, to weddings, to the annual Leffingwell Hat Luncheon.

The last big renovation was completed just in October of this year and included a new gathering plaza with a stone seating wall and sculptures, and even year-round bathroom facilities.

A local sculptor, Abraham Mohler, created the toad and frog sculptures for the seating wall.