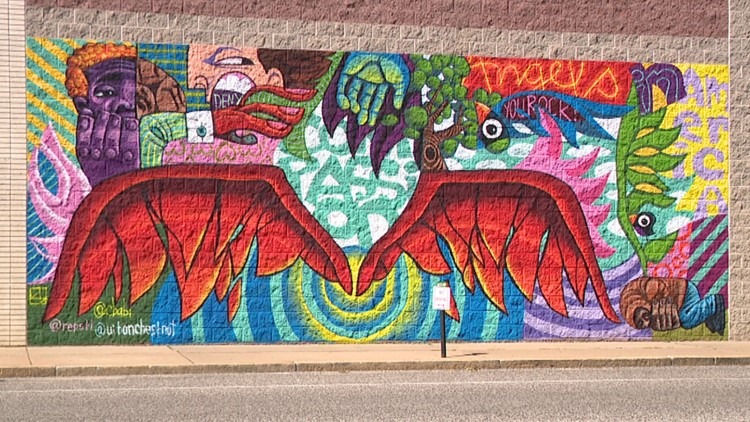 Instagram-worthy mural spreads its wings in The Grove

ST. LOUIS — Murals of angel wings have become instant landmarks in cities across the country, and now St. Louis has another one to pose in front of.

The colorful mural with bright red wings was spray painted on the side of Urban Chestnut’s location in The Grove.

Cbabi Bayoc was tapped by The Repertory Theatre of St. Louis to create the mural to go along with its debut of the play ‘Angels in America’. The two-part play by Tony Kushner won several awards when it debuted in the early 1990s, including the Pulitzer Prize for Drama and the Tony Award for Best Play.

Bayoc said he drew his inspiration from the play’s themes of transformation, embracing your identity and community healing.

“The design is based on things that stood out to me from the play. That’s how I came up with elements of the design,” Bayoc said.

He also said the mural can serve as a reminder for all of us.

“Angels are always around us and sometimes we’re walking right past them.”

If you’re looking for another set of wings to pose in front of, you can check out Koho boutique in south City at 5433 Hampton Ave.