"I want to make sure I’m giving this next generation some examples to say like, if she can do it, I know I can" 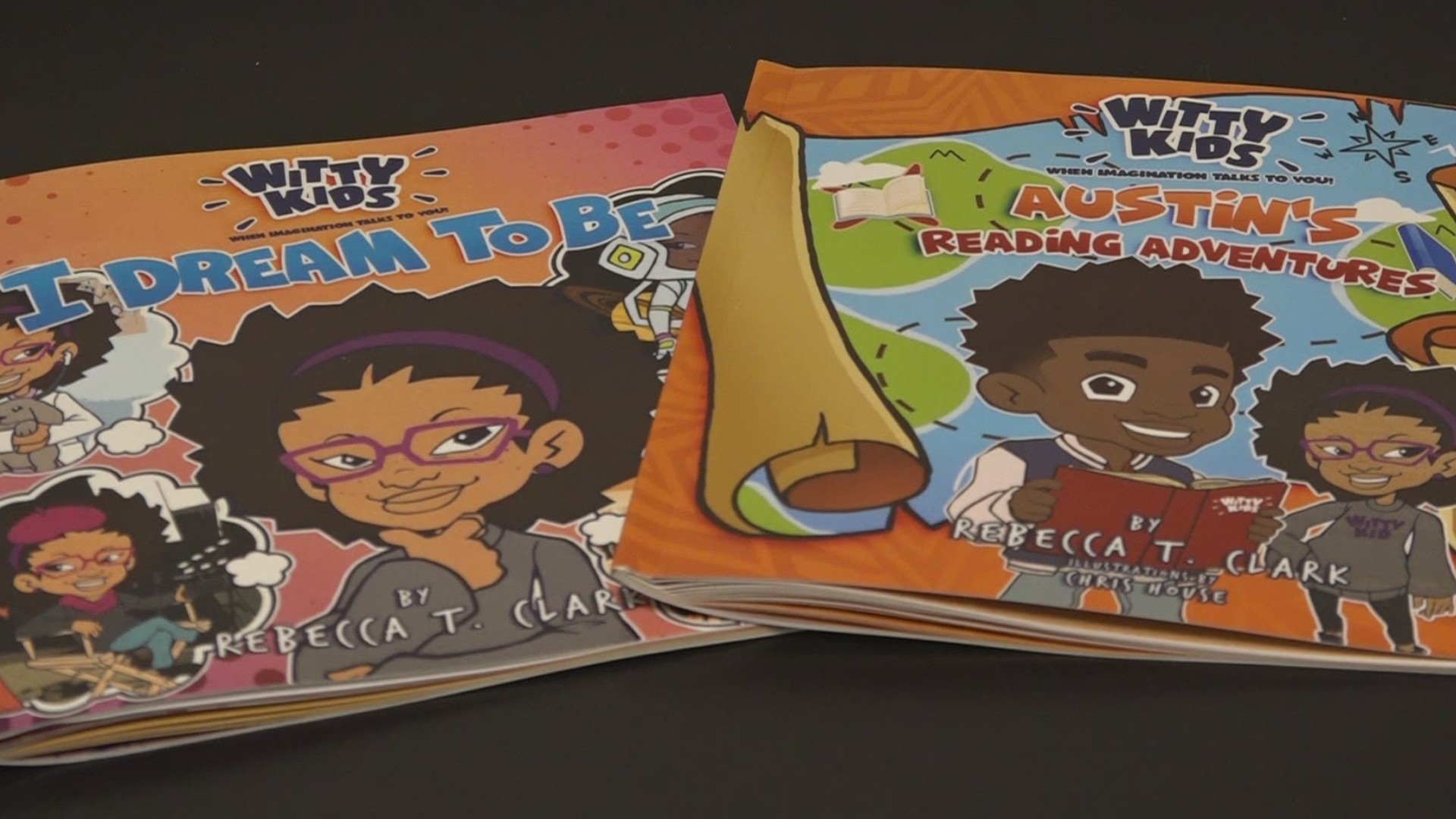 ST. LOUIS — It isn’t easy to stay committed to following your dreams. The hurdles and responsibilities of everyday life can get in the way.

Rebecca Clark found life in the corporate world to be a roadblock.

“Worked in corporate for 10 years. I was feeling very stuck,” Clark told 5 On Your Side.

She eventually broke out of her situation by leaving the corporate world for the world of children’s literature. It was sort of a return to her childhood.

“I was once a girl with this vivid imagination. As a child I always liked writing,” she said.

What she is writing is a series of children’s books based on her life. The series is called Witty Kids, and the name has meaning.

“Witty is an acronym. When imagination talks to you, that spells out witty,” she explained.

The message with the title is to encourage kids of color to read books and see what the world has to offer.

“Kids needing to see themselves in books. You want them to look at the book and actually live in it. They’ll be inspired to dream outside of the box and get that inspiration inside of them that gets them going,” she said.

Clark also wants to inspire other women. She spoke at TED X St Louis to deliver words of encourage about chasing their passions.

“Give them the confidence that they need again to say like, you have all these inspirations in you, you can really do this,” she said.

It has now become her life’s mission.

“I don’t want to really leave this world knowing that I had all this fire in me, and I never really got a chance to pour it out, because it could potentially help somebody else," she said.

She wants to help her readers see the possibilities in life.

“I want to make sure I’m giving this next generation some examples to say like, if she can do it, I know I can,” Clark said.