'Be brave, be strong and pray' | Woman keeps brother's memory alive by helping other kids with cancer

The Bennett Project is in memory a young St. Louis boy who died from cancer. The nonprofit collects toys for other kids who are spending the holidays in a hospital 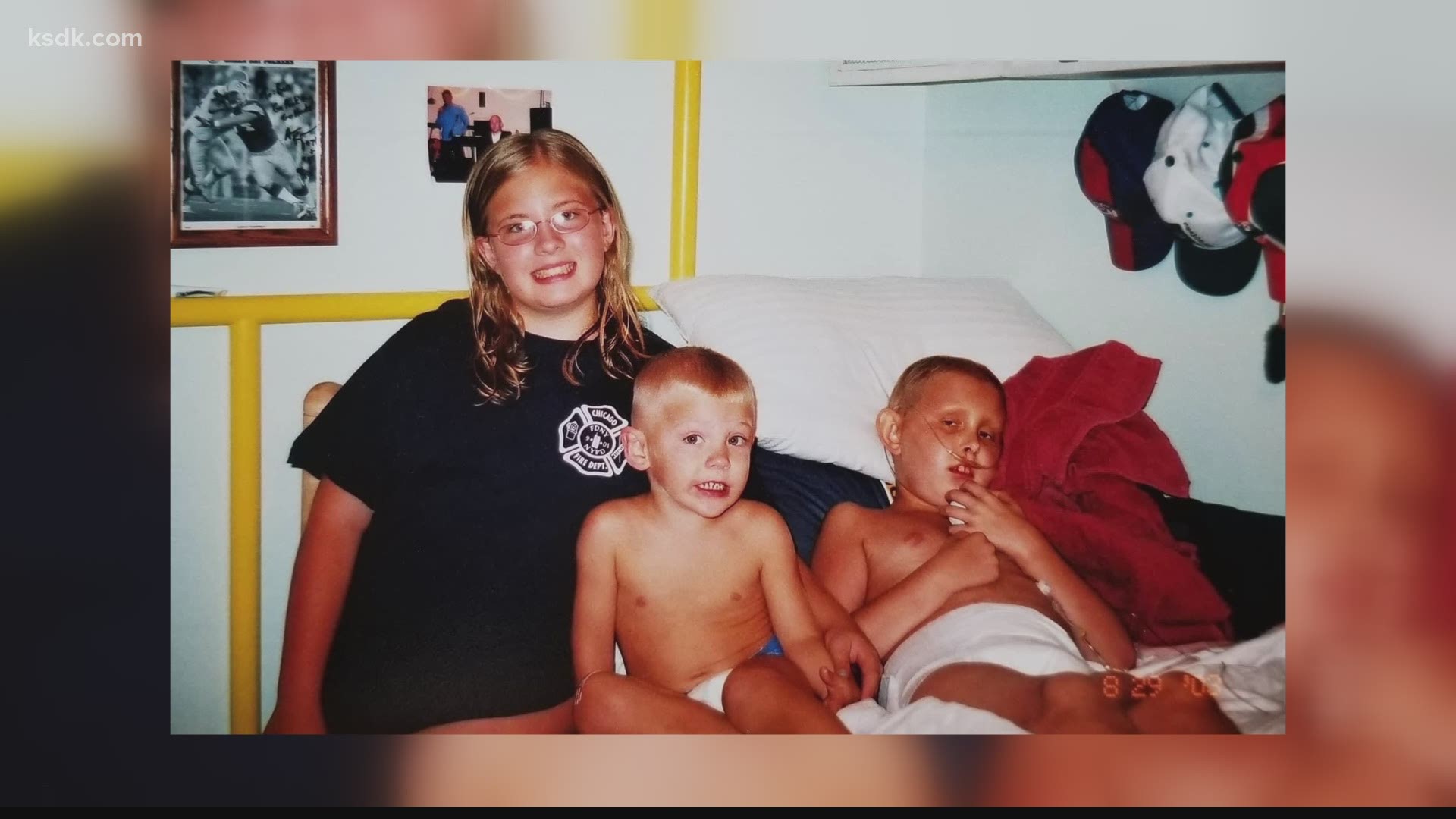 ST. LOUIS — A lasting legacy is something many of us dream of.

Ben Reinier never got the chance to build his, but his sister Emily Dyall is making sure he – and the way he lived – is never forgotten.

She started a nonprofit in his name to help kids in their fight against cancer.

“Started out as a very small idea,” Dyall said.

The idea came from a little boy – her own son.

Seventeen years have passed and Dyall continues to think of her brother.

“I want my brother’s memory to be alive,” she said.

She’s doing that in part through the Bennett Project. It helps to carry on the feelings that Ben gave to others.

“His motto throughout all of his treatments was be brave, be strong and pray,” she said.

Dyall wears a necklace every day with those words on it.

“They’ve carried me a long time,” she said.

The words carry her as she gives strength to the families of pediatric cancer patients.

“There are so many kids in the area with cancer. It’s truly heartbreaking.”

The Bennett Project tries to ease that heartbreak. From now through Dec. 15, they are collecting toys and hoping for a haul that rivals Santa’s.

“Collected a thousand toys last year and 150 gift cards. My goal this year is double,” she said.

It has not been an easy goal to achieve.

She hasn’t been working alone though. The community has given her a helping hand.

“I am very grateful for all the support that we receive. Especially during such a difficult year when I know many businesses are struggling themselves,” she said.

“Getting the feedback from the families is really encouraging, knowing that we’re making a difference,” Dyall said.

A difference that was inspired by her own children.

“I hope I’m teaching them to love other people and be selfless,” she said.

And maybe for them to be a bit like their Uncle Ben.

“I’m really proud of how we’ve carried his name in helping kids like him,” Dyall said.