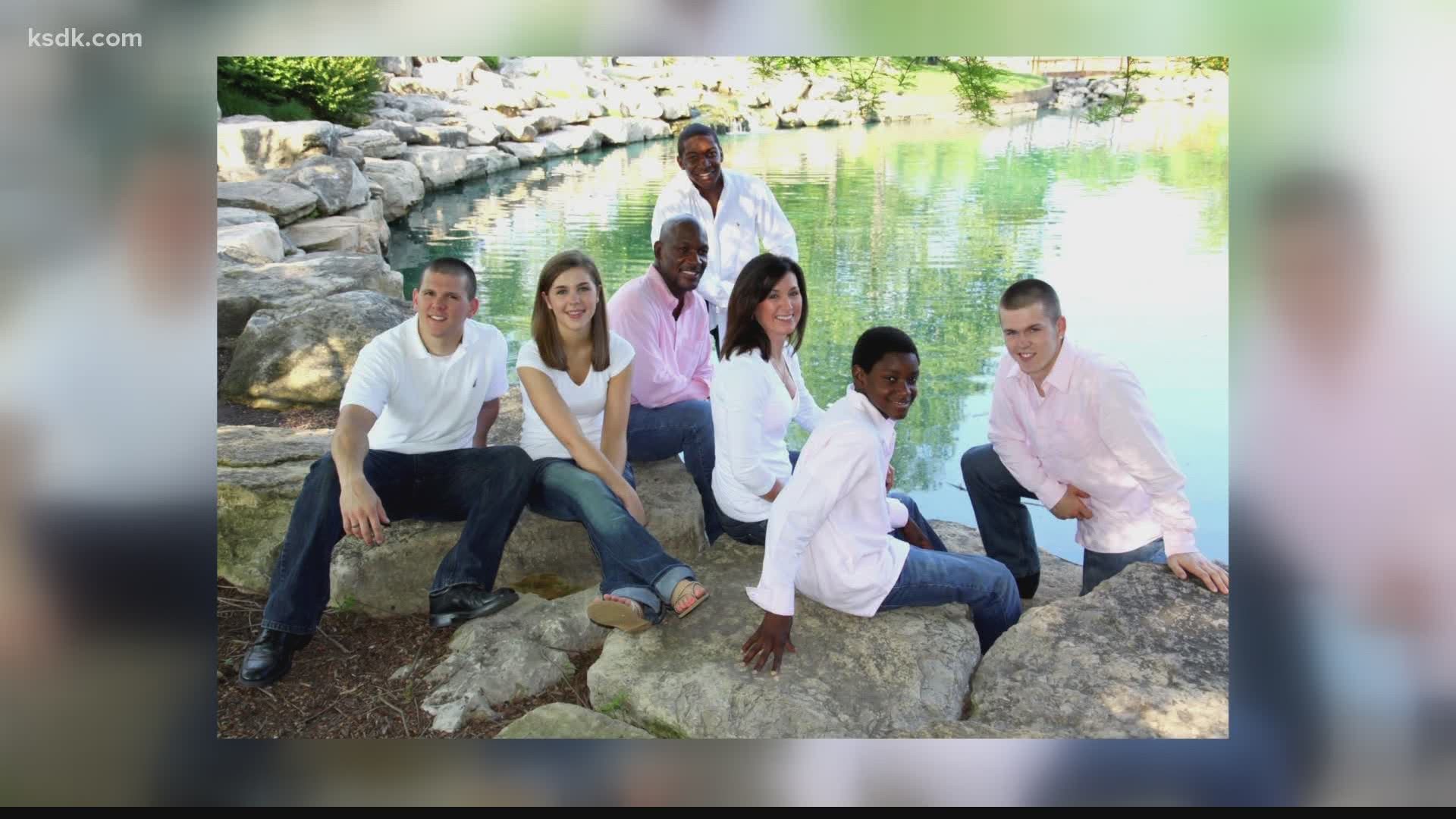 ST. LOUIS — There is a poem by the late poet and St. Louis native Mayo Angelou called Human Family. One of the lines from the poem reads, “We are more alike, my friends, than we are unalike.”

The line could be used as a way to describe the family of Becky Koester Tucker.

They are a blended family, sort of a modern-day Brady Bunch. When Tucker married her husband Providence Tucker in 2007, she had three children and he had two. They told 5 On Your Side about the challenges seven people had in one house.

But the family with four white members and three Black members never had an issue with race.

“There was really not even of question about race at all in our house,” said daughter Emily Queen.

But the family is aware of the issues happening in the world around them.

They are watching the movement for equality and justice and find it eye opening.

“There’s a lot of things you guys go through that I have the privilege and have not had to experience,” Emily added.

The senior Tucker told 5 On Your Side he has experienced racism in his life. He worked to rise above it.

“What today’s racial issues are nothing compared to the stories my mom and dad told me,” he said. “I’ve taken a position years ago to honor what they had done and what they dealt with in order for me to be who I am.”

He taught those lessons to their children.

“It’s a point of recognizing who we are and why we are,” Providence Tucker said.

The lessons are ones his kids carry with them into the world.

They influence others by the way they live and the bond they share. The family’s harmony showing that people can get along.

And they hope their family can be an example for others.

“As to how to see people for who they are and really look at the heart rather than what’s just the outer shell,” said Providence IV.