Blues fan paints a 'Rally Note' on his front lawn

He even got a "citation" applauding his lawn decoration. 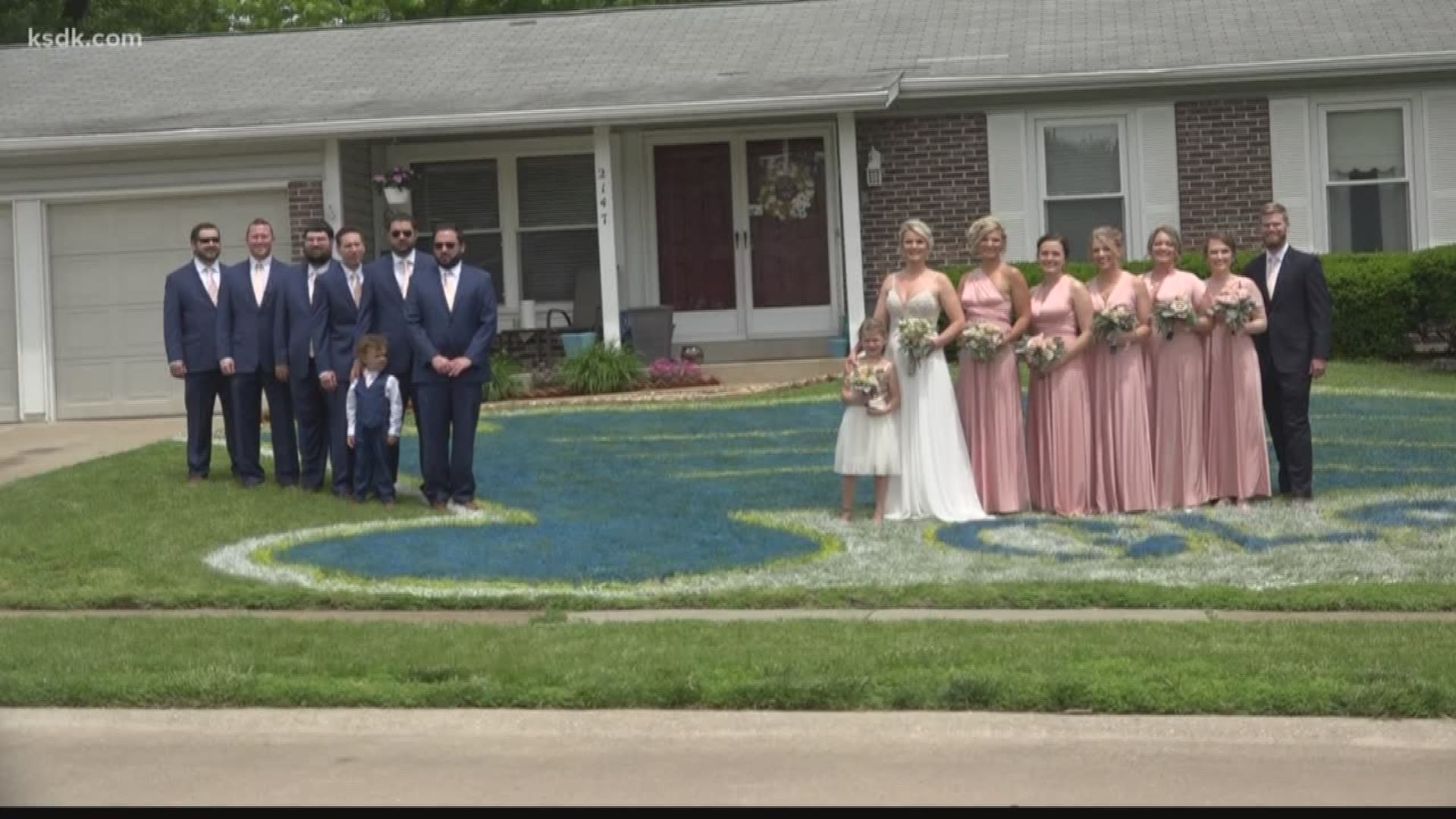 HAZELWOOD, Mo. — It's become a post-season tradition in the neighborhood.

"The first year I painted it was 2015. Usually what I do is season by season," said Blues fan Zach Pyles. "We just love the Blues, man."

Pyles brings color to his home with more than just flowers.

"I call it the rally Note. I had to come up with something and this is what we did."

He uses paint and lots of it.

"I can tell you this last round was about 30," Pyles said.

He added a new feature this year... the word 'Gloria.'

"I just free hand it. Kind of thought about putting the Cup out there, but it's kind of bad luck," he explained.

It made for a "glorious" back-drop for Zach's buddy and fellow Blues fan Mike Powers.

"Right after the bachelor party is when we went on our winning streak," said Powers.

So, he brought his entire wedding party over to the house.

"My bride-to-be she's a big Blues fan. She's part of the tickets, too," Powers said.

With so many of them being season ticket holders, they had to pose in front of the grassy Blues logo for pictures.

There is one more thing that would make this even better.

"It's almost a fairy tale. Hopefully four more wins and everything will be good," he said before the Stanley Cup Final series started.

But that has to be settled on the ice, not the front lawn.