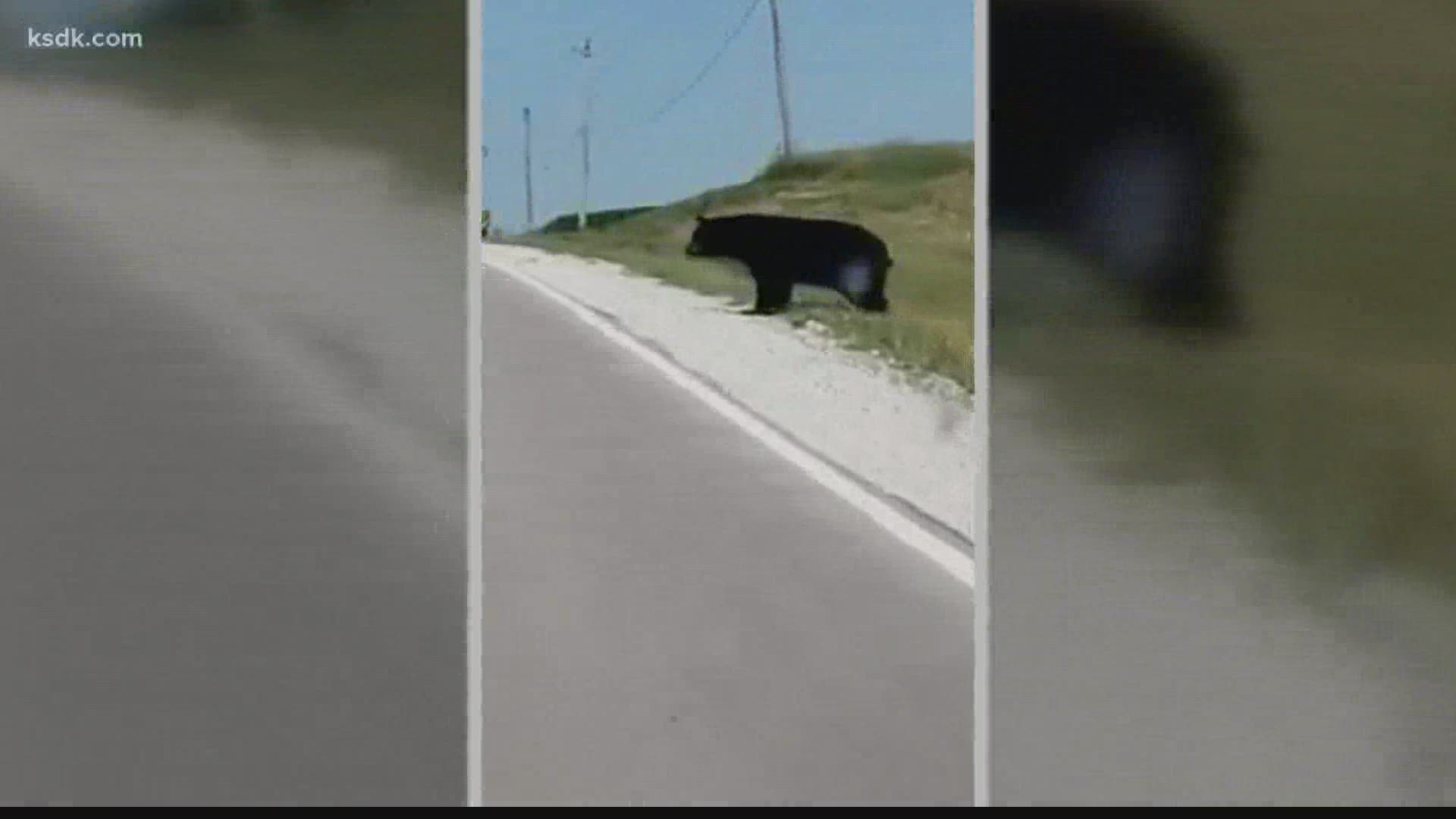 ST. LOUIS — Have you heard of Bruno the black bear?

Social media users say he’s been making his way across the country, and they’ve been documenting his journey.

On Tuesday, he made his way into Missouri, according to posts made in one of the groups. On Thursday, someone shared a post that said Bruno was on Highway P in Elsberry. A few people shared videos of a black bear in that area.

One person shared a video of a bear swimming in the Mississippi River with a caption that said “Bruno swimming to Missouri" and it has more than 150,000 views.

After Bruno was spotted in Elsberry, agents with the Missouri Department of Conservation (MDC) and Elsberry police responded and confirmed he was in the area.

Dan Zarlenga, with MDC, said Bruno went into a cornfield. They looked for him for a few hours but couldn't find him after that. Zarlenga said the fields along the Mississippi provide good sources of food and coverage for the bear.

Zarlenga also said the most recent sighting of Bruno was just after 1:30 p.m. on Thursday near Highway 79 south of Elsberry and north of Foley.

Several people have shared their concerns for Bruno as they follow his journey.

"Can’t he be tranquilized and taken to his natural habitat? I’m worried he is going to be harmed😢," one person wrote on Facebook.

Zarlenga said it is currently illegal to hunt, shoot or kill a black bear in Missouri. But, if there is any immediate danger or threat, a person can shoot and kill a bear.

He also said even though bears do travel pretty far, this seems like an “awful long way for a bear to travel.”

And what should you do if you spot Bruno?

“Keep your distance. Don’t do anything to harass or provoke the bear. Don’t try get a selfie with it or anything," Zarlenga said. "Do not approach it and you will most likely be OK. If it shows up in your yard you can spray water on it or shine lights on it whatever to get it out of your yard."

"If you see Bruno be glad you saw it. Take a picture from a distance, but do not try to approach it."

Winfield MO Police Department
Good Evening Winfield! We know there are many of you out there that... are excited about fireworks, and we hate to be spoil sports but by City Ordinance you can only set off Fireworks on the 4th of July. We would like to avoid writing a summons for this as we don't want it to overshadow your 4th of July.

RELATED: Bear cubs lock themselves in a Gatlinburg van, then honk until a human let them out