Family reunited with cat after it disappeared for 10 months

The Humane Society of Missouri said, Luda the cat disappeared in December 2018. Her owners, the Forsythes, got her 15 years ago, just before their wedding. 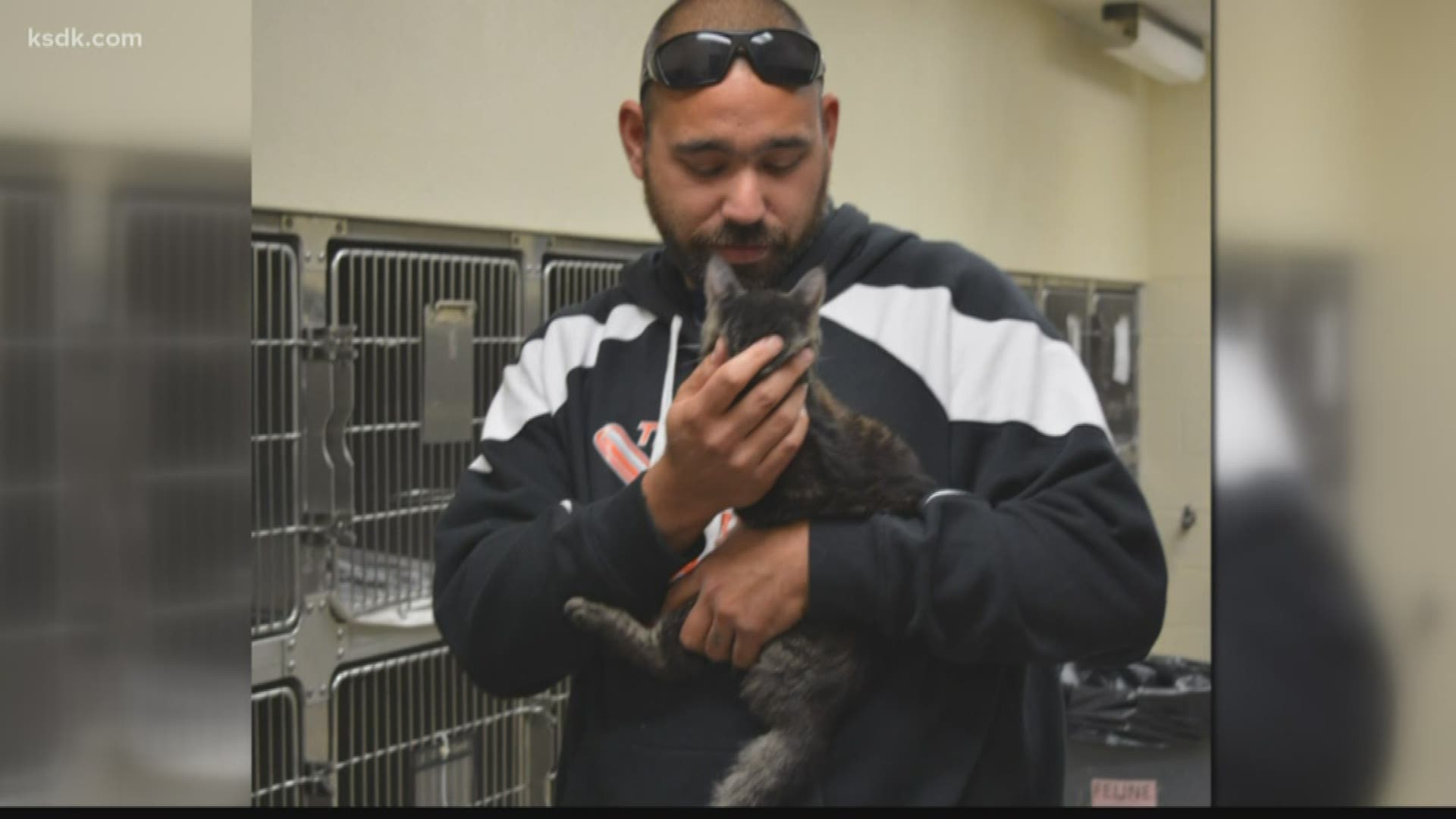 ST. LOUIS — A St. Louis family was reunited with their beloved cat after it disappeared 10 months ago.

The Humane Society of Missouri said, Luda the cat disappeared in December 2018. Her owners, the Forsythes, got her 15 years ago, just before their wedding.

On Oct. 4, the Forsythes were on their way to Las Vegas to celebrate their wedding anniversary when they got an unexpected call from the Humane Society of Missouri.

Luda was brought in as a stray that day and thanks to her microchip, HSMO was able to get in touch with the Forsythes.

The Forsythes returned home from Las Vegas on Oct. 7 and the first thing they did was pick up Luda!

The Humane Society of Missouri wants to remind people the importance of microchipping their pets.

‘Microchipping is a quick, painless procedure that adds the family pet to a national registry and provides a permanent form of pet identification, increasing the likelihood of a lost pet returning home. Shelters, veterinary clinics and animal control agencies all have scanners that can find the information, which can help reunite the pet with their family. All animals adopted from HSMO are fitted with a microchip before going home with their new families for this very reason,’ HSMO said in a press release.

RELATED: Police chief in Lincoln County indicted for exploitation of the elderly