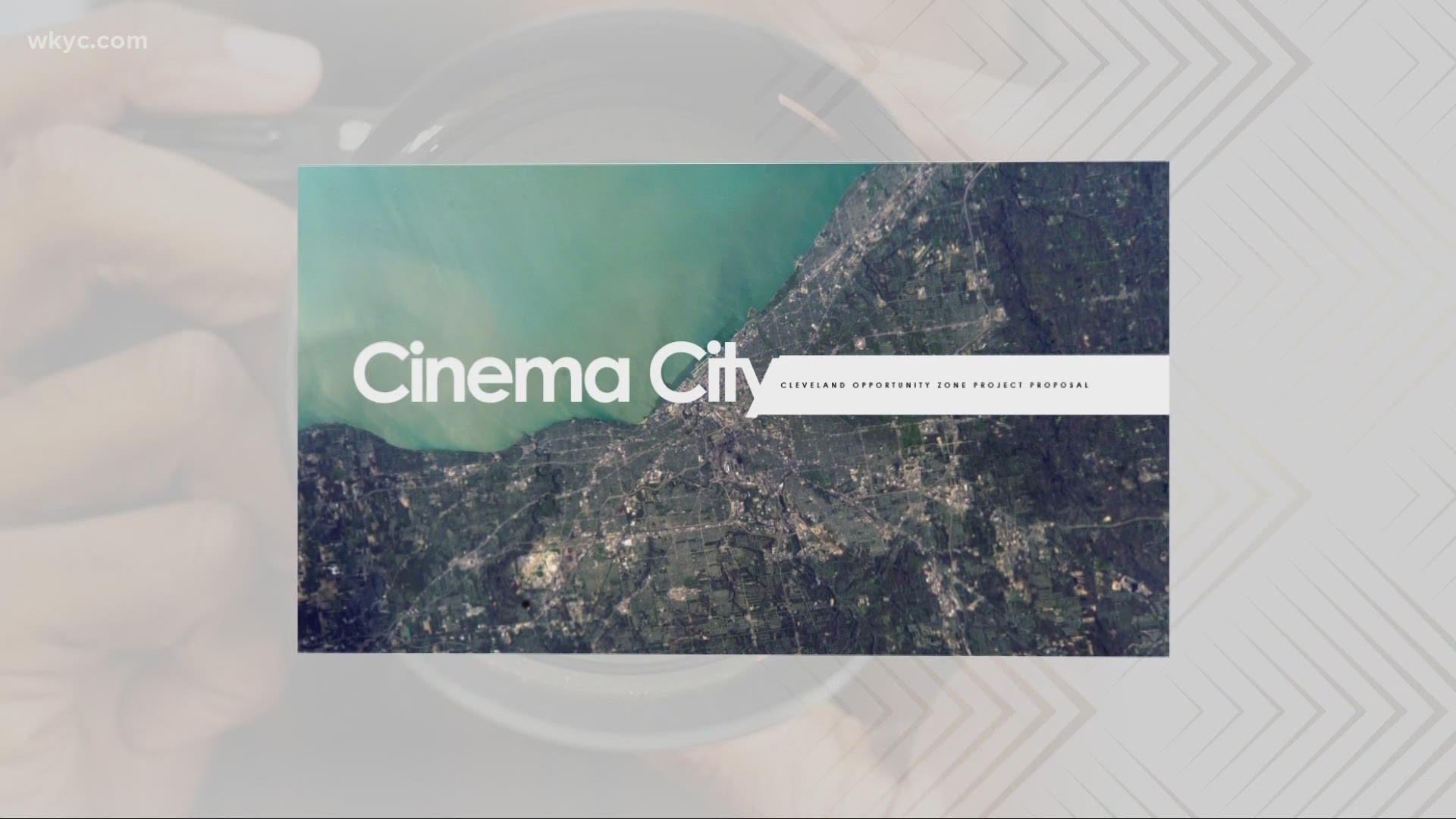 CLEVELAND — Hollywood on the North Coast.

Local film industry leaders have been dreaming about it for decades.

They have made progress toward that goal through the creation of a local film commission and tax credits for moviemakers, which have helped land such big productions as the “Avengers,” “Fast and Furious,” as well as numerous lower budget films including “Judas and Black Messiah.”

But holding back the region from becoming a film and television production hub has been the lack of studio space – and a workforce with experience in the moviemaking trades.

Marquette Williams, a Clevelander who went to Los Angeles to make films, is now pointing his viewfinder at his hometown. The 48-year-old director, who now lives in Shaker Heights with his family, has been quietly producing a plan to build a studio with sound stages on the city’s east side that will double as a hands-on film school.

“There’s not a lot of back lots in urban areas that you can film in from a cinematic standpoint,” Williams told 3News recently.

But his vision is about much more.

He wants to make profitable movies while also training residents to become boom operators, grips, production assistants, makeup artists and other on-set workers. These positions are known in the film industry as “below the line talent” and are critical to making shows and movies.

“You can't ask the Russo brothers, no matter how much they love Cleveland, to come here and risk $50 million on people who don't know,” he said, referring to former Clevelanders Joe and Anthony Russo, the duo behind the “Avengers.” “So, I started really looking at the labor aspect of it.”

Williams is working with a financial consultant, a developer, industry insiders and those who help the unemployed develop job skills.

Together, they’re trying to create a blockbuster called “Cinema City” – a campus anchored by four sound stages. Built in phases, the campus would also include housing, retail and space for e-sports and artists.

“We all want to help people, but you still have to make money,” he said.  “You have to create a mechanism by which rich people who have capital gains can put that money into the hood. We looked at it through art as a form of education, art as a form of activism, art as an economic lever.”

Though Williams is not ready to yell action, he’s got a deal in place for twelve-and-half acres of property near East 79th Street, north of St. Clair Avenue, and commitments for the bulk of the $45 million estimated cost of the first phase.

“Probably the best aspect of it, from a land development standpoint, is it is close to the water and it is clean, shovel-ready land,” he said.

Williams and his business partner, Los Angeles producer Joseph McKelheer, looked at a number of neighborhoods in the city, including Slavic Village and the Buckeye before settling on land at Shoreway Commerce Park in Glenville. The site is a redeveloped industrial area once home to the White Motor Corp., a truck manufacturer.

The financing relies on new federal tax breaks and incentives available to those willing to invest money into poor neighborhoods designated “opportunities zones,” which includes the area Williams is targeting.

Radhika Reddy, a Cleveland financial consultant and developer with a track record of urban projects, is managing the financing for Williams. She developed the Ariel On Broadway, a boutique hotel in downtown Lorain, and helped finance the Baker Electric Building in Cleveland’s tech corridor, among other projects.

“We are creating a whole new industry where you're going to have job creation, union jobs created,” Reddy, a partner with Ariel Ventures, said. “So, I think that will be a great legacy for Cleveland. Yes, it will be fun to be part of such a cool project. I hope we're pretty close. We hope to pull it off.”

The groundbreaking was delayed by the loss of a guarantor willing to pay off debt if the project failed. The guarantor - an investor group with ties to China -- pulled out during the pandemic, Reddy said.

She and Williams said talks are underway with other possible backers.

Even with delays, Williams is already delivering on his vision to train people. In April, he partnered with a Los Angeles-based Shreek Theater to make a low-budget horror movie here using the first wave of trainees. Williams is hoping to make such films quarterly to train the workforce.

Catherine Pace, who’s worked with her father, developer Dick Pace, on city projects, is helping coordinate workforce training – and is a producer in-training herself.

“With the team we have together, we’re all motivated and with the expertise from everyone having such different backgrounds, I see us being able to overcome any challenge,” she said.

Hollywood will come to Cleveland, Williams argued, because the film and television industry desperately needs production space and workers. He said content-hungry streaming services -- combined with the pandemic shutdowns -- is driving skyrocketing demand.

“Our vision, creatively, is about television because that's nine months of employment out of the year,” he said. “To have television, you need facilities. Our deal is a little mixed bag, big enough to have TV shows, also small enough to have training happening.”

Jeff Johnson, a Baltimore-based communications consultant and television producer, is another former Clevelander trying to bring Cinema City to life.

“This isn’t a pipe dream,” he said. “This is real. This is now. This is about how are we leveraging Cleveland as probably number four or five in television and film location and creating a better offering.”

Johnson has advised Cleveland Mayor Frank Jackson and has ties to local communications firm Dix & Eaton. He said the job-training mission is key to the project’s success and to benefiting Cleveland.

“We currently don't have the workforce necessary to level up to the space that I believe we can,” he said. “So there's so many people that work behind the scenes, whether it's producers or boom operators or the multitude of folks that ensure that films gets made. That's what I think is most exciting.”

Williams lived in Cleveland’s Mount Pleasant neighborhood as a child and later moved to Twinsburg, where he earned a college football scholarship. He left college before graduating to chase a career in NFL. Derailed by injury, he turned to filmmaking.

Williams said he’s working on several projects right now, including a small narrative film with Roger Guenveur Smith, an actor and writer who collaborated on several films with Spike Lee. He’s also developing a historical documentary on the city of Cleveland and is creating television show content specific to the city.

Williams said he hopes to complete Cinema City’s land and financing soon and start construction within the next year.

Once the shovel hits the ground, he said, he can lock in production contracts and begin turning Cleveland into Hollywood on the North Coast.