Meet Teddy | He helps people who are grieving

Teddy is half Golden Retriever, half Poodle, with a serious full-time job as a grief comfort dog for the Baue Funeral Home 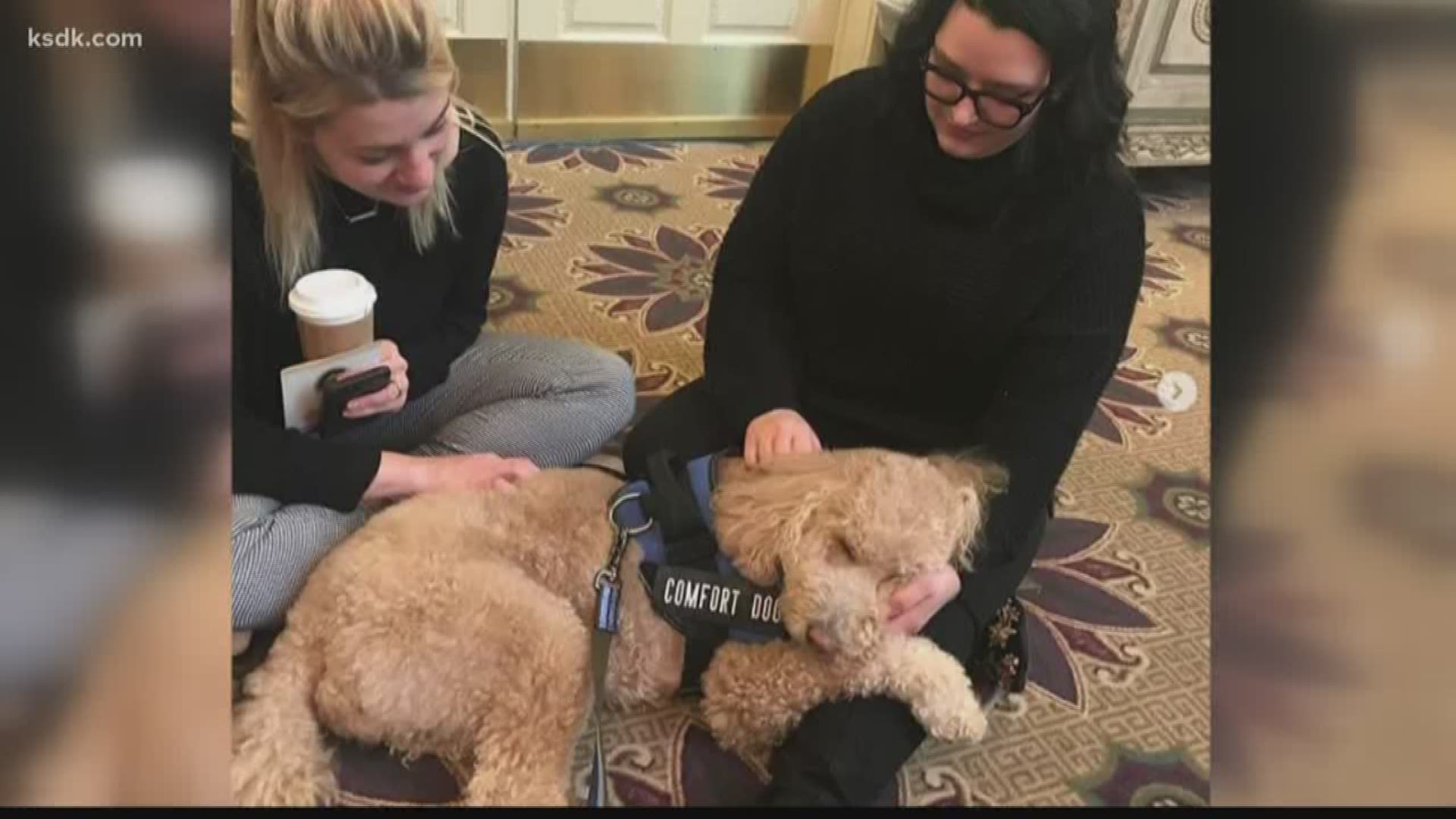 ST CHARLES, Mo. — Even on the grayest day in St. Charles, a heart of gold shines bright at the Baue Funeral Home.

Teddy is half Golden Retriever, half Poodle, with a serious full-time job as a grief comfort dog for the Baue Funeral Home.

“When he comes up, you just feel comfort – that sigh. You let it out. That’s what he’s here for,” explained John Baue Devaney, the funeral home director.

It was Devaney’s idea to hire a grief comfort dog, after learning about a similar pup from a friend in the funeral business.

Teddy is the first and only grief comfort dog at a funeral home in the area. He earned his official comfort animal certification from a special canine school three years ago. Since then, he’s met thousands of people at bereavements, retirement homes, and therapy groups.

“When you’re with a dog, your heart just melts away right?” said Devaney. “Even if you’re not a dog person, how can you not love that face?”

Even bigger than Teddy’s brown eyes and floppy ears is his special ability to sniff out who in the room needs comfort the most. Devaney said he sees this play out on a regular basis at the home.

“It’s the worst time of your life,” said Devaney. “When they come in and he runs up to them – like he’s doing with you now – it takes away that grief for a moment.”

That puppy love comes in a lick, shake of the head, or a big fluffy paw.

“We see that a lot,” said Devaney. “They say when a dog puts a paw on your leg, they love you.”

Anyone on the receiving end of this Goldendoodle’s affection says that his love shines just enough light to see beyond life’s dreariest days.