"I wanted to make others happy, but when our family was hit with hard times the fans gave back and a movement was started, one that will never end" 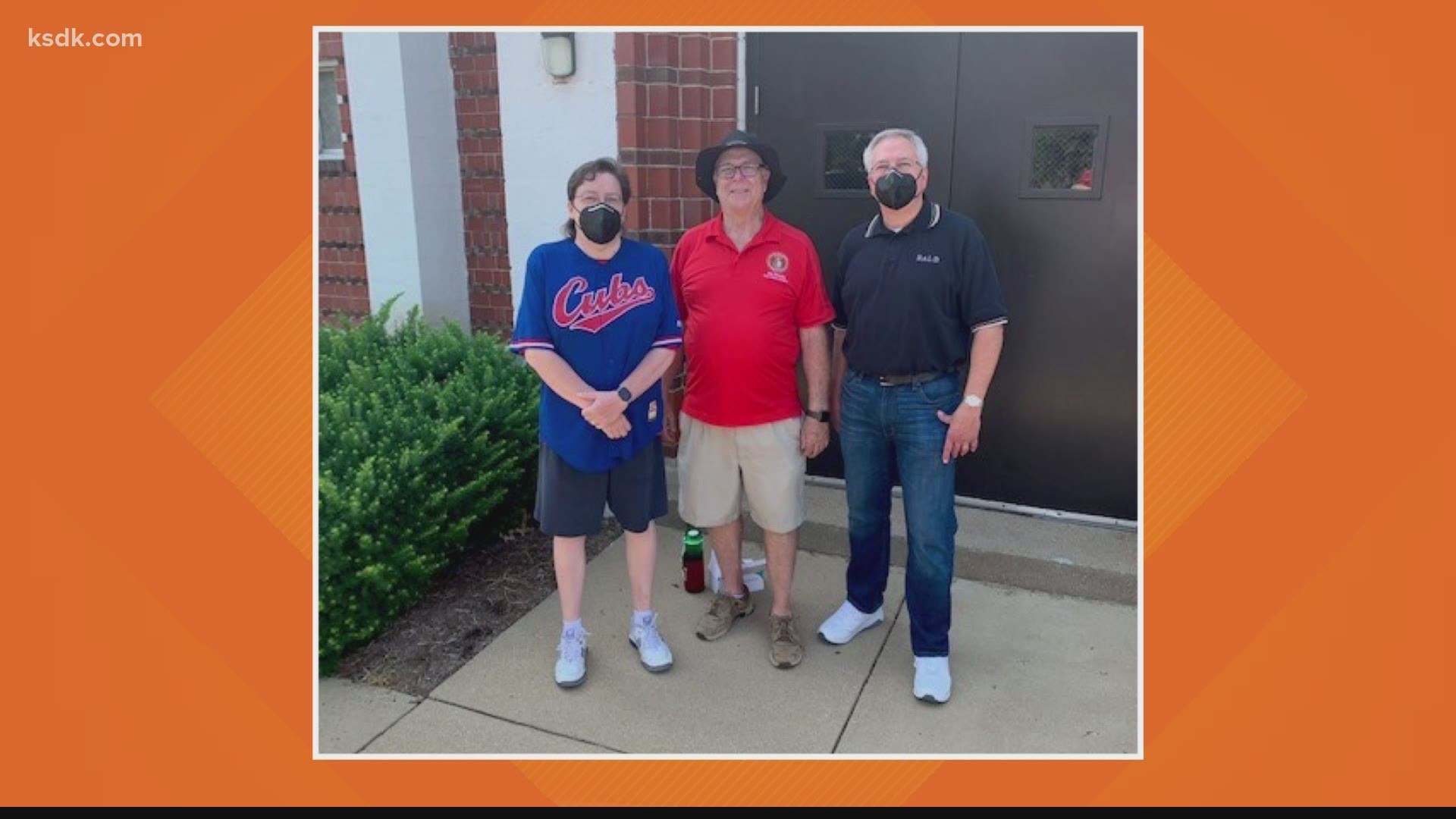 ST. LOUIS — There is an angel in the outfield at Busch Stadium and she's not wearing a Cardinals jersey.

During the 2011 World Series, a woman named Beth and her husband were gifted four tickets, but they were already going to the game in their normal section 168, which they've had seats in since the stadium opened. So, they decided to sell the tickets for $16,000.

Instead of pocketing the cash, they've spent every last penny on concessions and special items for families, knowing how expensive it is to just go to a game. She wanted their experience to be truly memorable. They gave out peanuts, water, frozen lemonade, baseballs and memorabilia. It went over so well that they decided to make it a tradition.

Beth told 5 On Your Side they tried to team up with several vendors at the stadium to help them give out all the goodies they would sneak in.

They found another angel in the stands in AJ Carter. Beth would coordinate with Carter to come down around the third inning and throw 50 bags of peanuts.

"People would see this and wonder why is he throwing peanuts out to fans? And it would bring many of the families, in not only 168 but 167 as well, together," Beth said.

The generosity grew from there, to include throwing out soft baseballs, stuffed animals and Beanie Babies. It got so exciting that fans would ask, "When is AJ coming back?" Other vendors would step up, too, and if they saw a kid that didn't get a treat, they would make sure they went in to the box of goodies to put a smile on their face. Not one child would leave that section without something.

It continued to grow even bigger; now to giving out autographed memorabilia. Beth and her husband are good friends with a man who owns a sports memorabilia store in Chesterfield, and he would donate numerous autographed pictures of players like Marcell Ozuna, Dakota Hudson and many more. When kids would come down to say "thank you" they would give them an autographed picture or baseball and just light them up even more.

This kindness movement continues to this day and they have affected hundreds of fans' lives. This story is even more touching when you look at what happened in 2015.

Beth's sister-in-law was diagnosed with breast cancer and passed away, leaving behind two daughters. They came to stay with Beth and her husband for that summer and during that time they took them to a handful of games.

Cardinals fans are some of the best in all of baseball and they were very keyed in on this family. Beth said they knew she and her husband didn't have children so they started wondering who these two little girls were. Their story got around and suddenly all of the fans in this angelic section 168 and neighboring 167 started their own movement to give back to Beth and her family.

Ushers, vendors and fans would constantly check on the girls to make sure they were OK. One usher, Lori, helped welcome them on the board with a sign that read "welcome Catherine and Addison."

"Everyone wanted to make sure they felt like part of the Cardinal family even though they weren't from here and necessarily Cardinals fans," Beth said.

Fans in section 168 would come down and say "I own an art studio or I own a music studio, bring the girls by and we'll give them lessons." Beth did take them by and the girls returned the gift by making a beautiful picture of a lion.

Fast forward to 2020 when the pandemic shut down stadiums. Vendors and ushers found themselves facing unemployment. AJ was one of them until Beth stepped in.

She said she told him, "no we are going to employ you, in fact you're going to help us carry out an even larger mission."

Beth and her company have a charity called Step It Up where they give out shoes and socks to underprivileged kids, but with the pandemic they didn't have kids in school to give them to so they were thrown a curveball. They decided to pivot and team up with Operation Food Search and had a goal of giving out 10,000 meals and 10,000 masks a week. They needed someone to transport them, so AJ was hired on to do just that.

During the last calendar year, they have given away $4 million worth of food to underserved areas in the St. Louis community. They have teamed up with representatives in our area to assist along with the NAACP, and at every distribution they are met with even more volunteers wanting to carry out their mission.

"We try to do four to five distributions a week still," Beth said.

Operation Food Search backs them on the food but here is where even more angels step in. Companies donate boxes, pizzas, pizza bread, juice, soda, chips, and even more.

"Right now we have 20 law students in this office making sandwiches so we can fill these boxes for the recipients to get meals and produce.," Beth said.

"We started the locations for the distributions that we wanted to run that we knew needed the most help," she added. "We knew of specific needs in the community that needed to be served and we are still addressing those issues. When we were first asked where we wanted to start, we picked Jennings."

The president of the NAACP assisted with getting them locations each week.

Beth said there are a lot of other angels in St. Louis coming together to carry out these missions.

"It's a group of angels out there," she said.

As for whether there's an end in sight for all this kindness, Beth said, "We will continue to do this for the rest of our lives!"