Cursive won't become a lost art at this school

Kirk Day School in Town and County has a rich history of students being honored for handwriting. 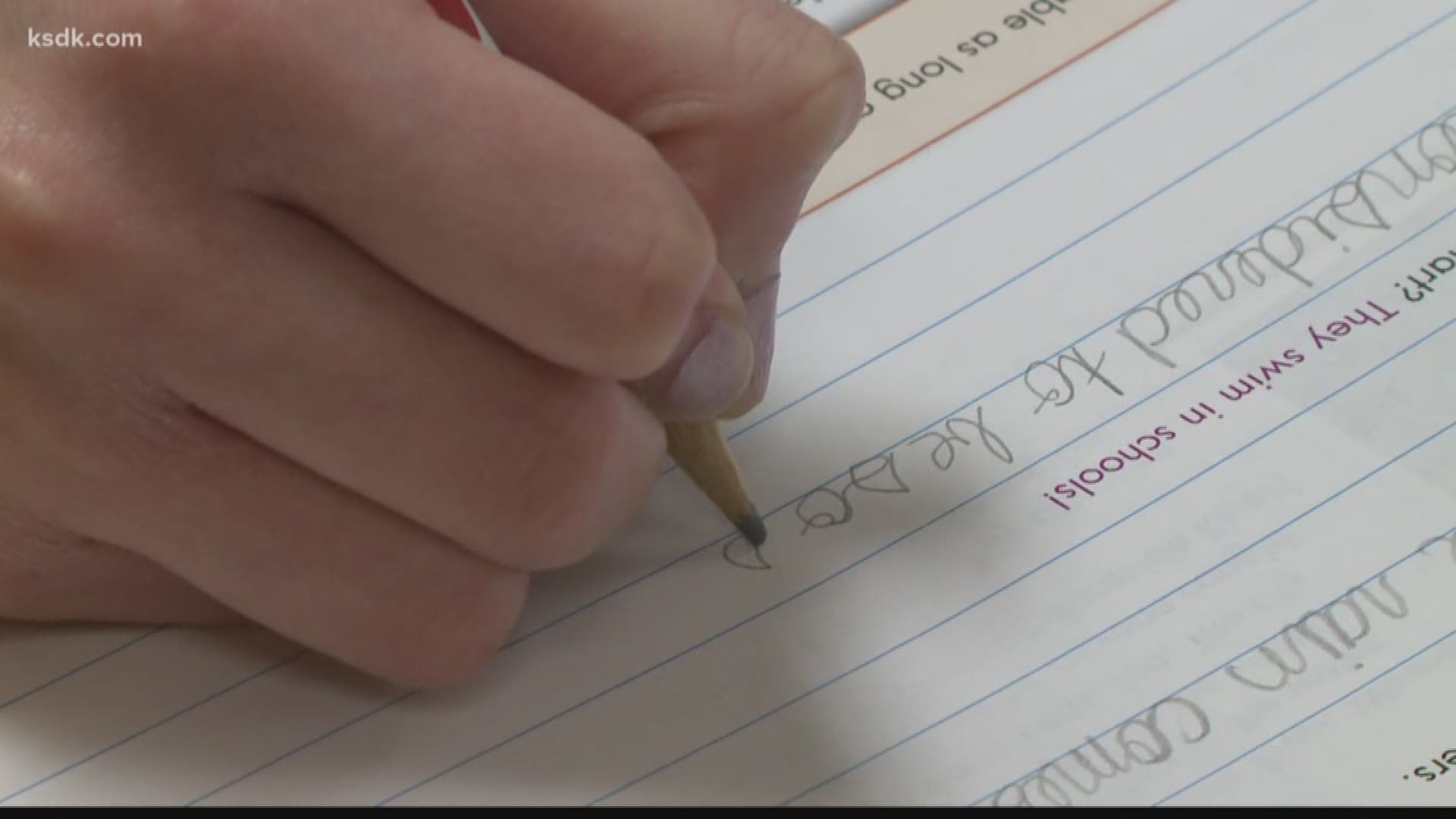 The school says just in the past five years, several students have been honored with state and national penmanship awards by handwriting company Zaner-Bloser.

Fifth-grader Evelyn Nienhuis is the latest student in the running for a national honor. Her classmates are her biggest fans.

"They were happy for me and they keep on saying that I'm famous," Nienhuis said.

Nienhuis is competing in the cursive category. She and other students had to write the sentence: "The quick brown fox jumps over the lazy dog." A sentence that contains every letter of the alphabet.

The handwriting will be judged on shape, size, spacing and slant.

Cursive is becoming a lost art form. The usefulness of it being taught in schools has been debated at state capitols around the country. But students at KDS will continue to dot the i's and cross the t's.

"Teaching children how to write in the cursive form helps them in cognitive development and motor development which does not happen using a keyboard. Not only that, but it helps with creativity," said Dr. BJ Wiemer, Director of Academics at Kirk Day School.