20-year-old Robert Frei was inspired by his military father 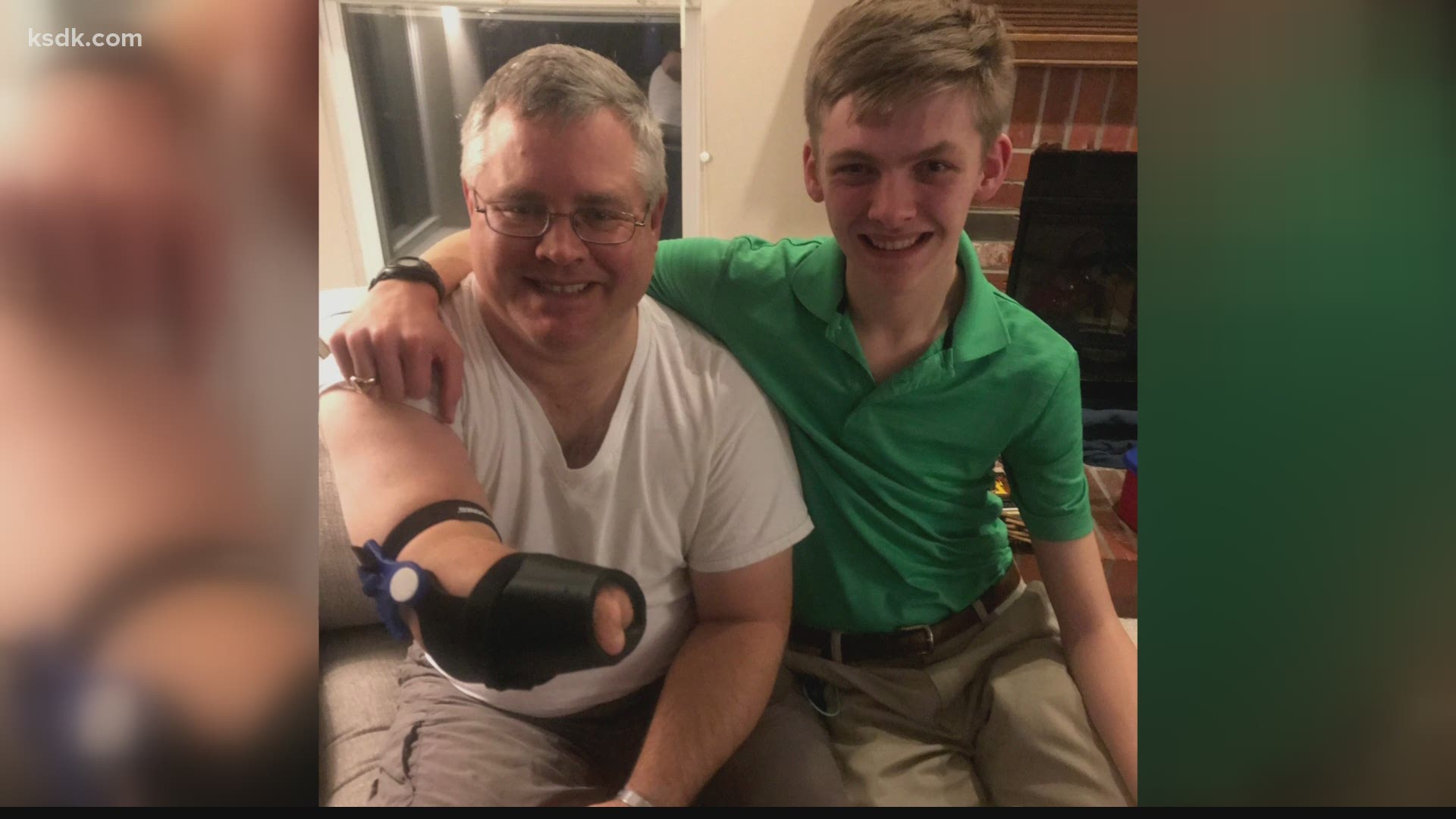 ST. LOUIS — As part of our partnership with Folds of Honor and Schnucks, 5 On Your Side has had the privilege to meet some of the incredible military families who have benefited from the campaign. When you round up at the register, you help send the spouses and children of fallen and injured service members to college. Children like Robert Frei.

At 20 years old, Robert Frei is the oldest of seven. The father of the family served in the Marines.

“I was fairly young when he left the Marines after he was injured," Frei said.

His dad, Jason, lost his arm in Iraq when a rocket-propelled grenade hit the Humvee he was in.

“Growing up with a military veteran who was wounded was definitely an interesting experience for me," Frei said. "There's really two worlds that I lived in. On one side when I’m home with my dad, I just see him as my dad. But then when you go out in public and it's brought out in the public eye again, some kid at school will ask what happened to your dad’s arm and then I’m like, 'Oh right, I forgot,'” Frei said.

He remembers little things his dad would joke about growing up.

“When we would go across the street, he would say 'hooks and hands' because he had a hook on one side, Frei recalled.

Frei's heading into his junior year at Notre Dame where he's studying robotics and prosthetics, passionate about helping people like his dad.

“Spending so much time with someone who's having to actually live with these products at the end of the line, that's the part that really matters because that's where it actually impacts,” he said.

Because of Folds of Honor, Frei can focus on his studies and not have to worry about how he's going to pay for it.

“Know that what you're investing in me, I really intend to give back to the people that I'm serving in the work that I do,” said Frei.

You can support Folds of Honor by rounding up your total at the register at Schnucks from now through Aug. 11. You can also text the word Folds to 314-444-5125 to donate.