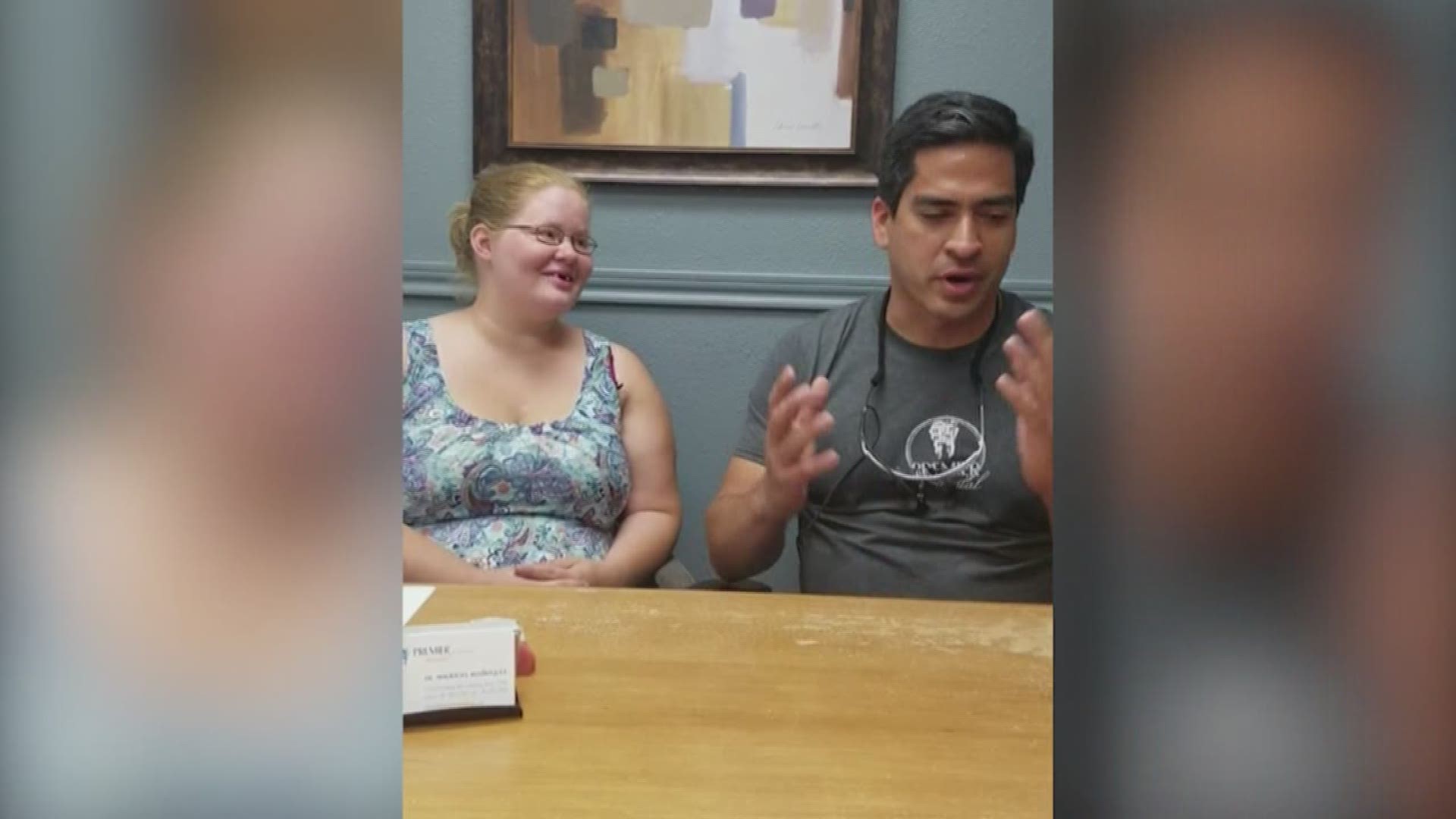 "It ended up touching a lot of people," said Rodriguez.

"When I read her response, she said she found the humor in the video, that she laughed, but then she started to cry and that touched me," said Rodriguez.

His viral video brought to life an insecurity that Kelsey had lived with for years. She hardly smiled. Her teeth were rotting, broken, and in some cases missing.

"It had been four years to the day, since I had posted a picture when I was smiling," said Schmidt.

The Clear Lake dentist wanted her to smile again, so together with dental technician Ron Wilson, they offered to fix her decaying smile for free.

"This was a special case," said Wilson.

After multiple x-rays and tests, it was finally the big day.

Dr. Rodriguez extracted 28 teeth during two surgeries, before showing Kelsey the smile she'd wished for for years. Her prayers had been answered.

"I was so excited that first night, I couldn't sleep," said Schmidt. "I sat up and took four years worth of selfies, I'm not too embarrassed to admit it."

Kelsey says Dr. Rodriguez changed her life. After spending years too scared to smile in front of her own kids, her son finally knows what it's like to see mommy smile.