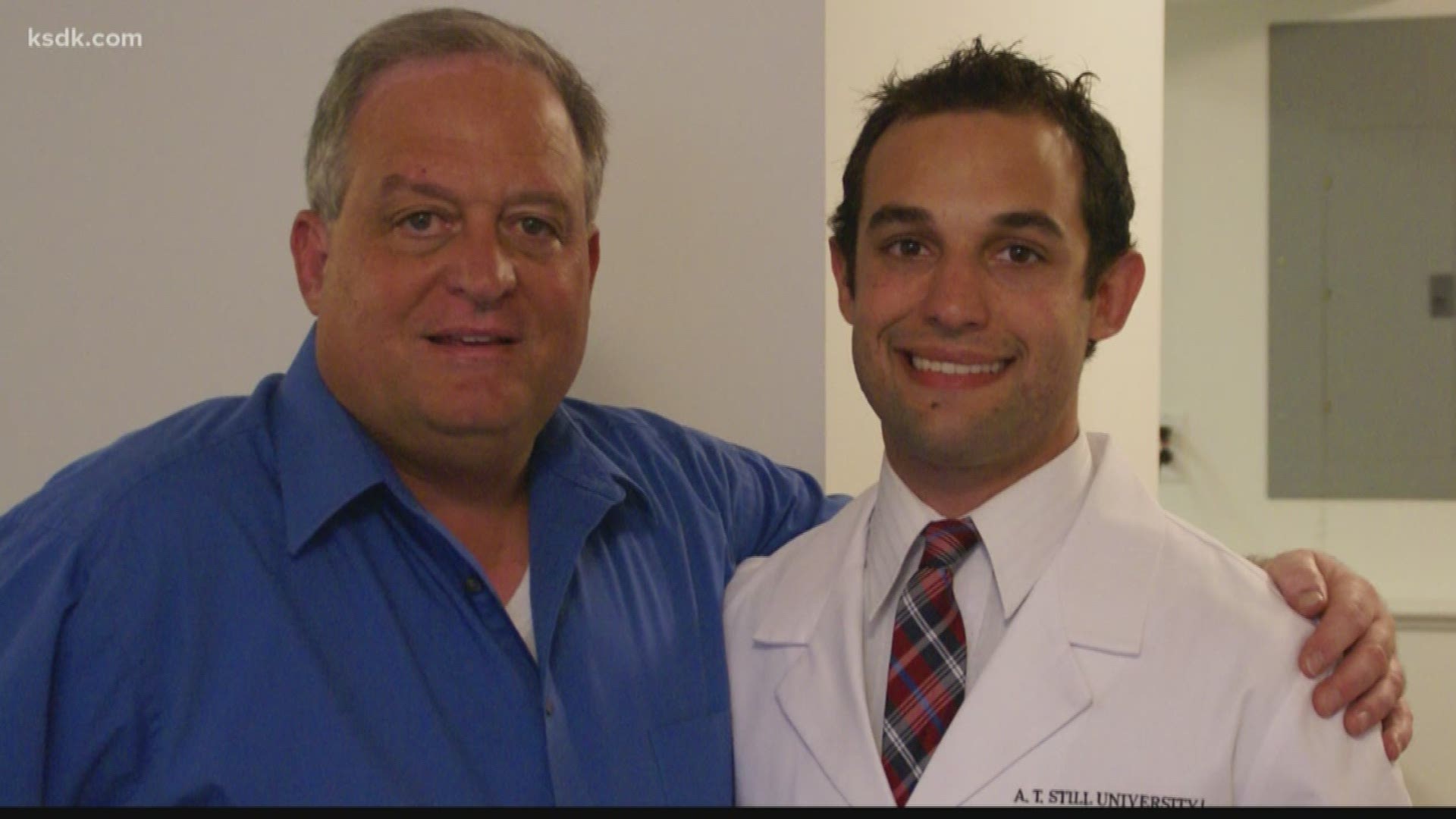 CHESTERFIELD, Mo. — After recently losing over 100 pounds, John Dietl of Chesterfield knows a lot about loss. When it comes to his son Kevin, Dietl learned much more about loss than he ever wanted. Kevin was a fourth year medical school student when he died by suicide.

“Kevin had everything he was good looking. He was kind, he was ambitious,” said Dietl. “Everybody loved being around him, but you don't know what's going on inside. And if they're afraid to tell you, you'll, you'll never know.”

26-year-old Kevin Dietl, a bright medical student with a passion for water sports, took his life in 2015, just weeks before he would have graduated from A.T. Still University’s College of Osteopathic Medicine in Kirksville. Kevin’s parents knew he was struggling but made him promise not to hurt himself.

Kevin told his parents about the perfect storm of medical school pressures: sleep deprivation from all night study sessions, depression, worry about hundreds of thousands of dollars of student debt, and the stigma of admitting that you need help.

“And he said, ‘well, I can't let anybody know. It's a red flag on my resume’, said John Dietl.

By the time of Kevin’s suicide, filmmaker Robyn Symon had already begun work on “Do No Harm”, a documentary about the pressures causing med students and physicians to kill themselves at epidemic levels all over the world. Every year, 300 to 400 physicians die by suicide, according to the American Foundation for Suicide Prevention. Symon has screened her film to more than 100 medical schools, hospitals, and conferences. She wants “Do No Harm” to be part of a growing movement among medical professionals to focus on the mental health of doctors and doctors-to-be.

The St. Louis premiere of “Do No Harm” is Tuesday and Wednesday, Oct. 15 and 16 at Frontenac Cinema.

There will be a Q&A after the film with director Robyn Simon and John and Michele Dietl. There are free tickets available for medical students by emailing info@donotharmfilm.com. Other ticket information can be found at donoharm-stlouis.eventbrite.com.

RELATED: Nationals blow out Cardinals, push St. Louis to the brink of elimination