3 St. Louisans to be on the American version of 'The Great British Baking Show'

On your marks, get set, bake! 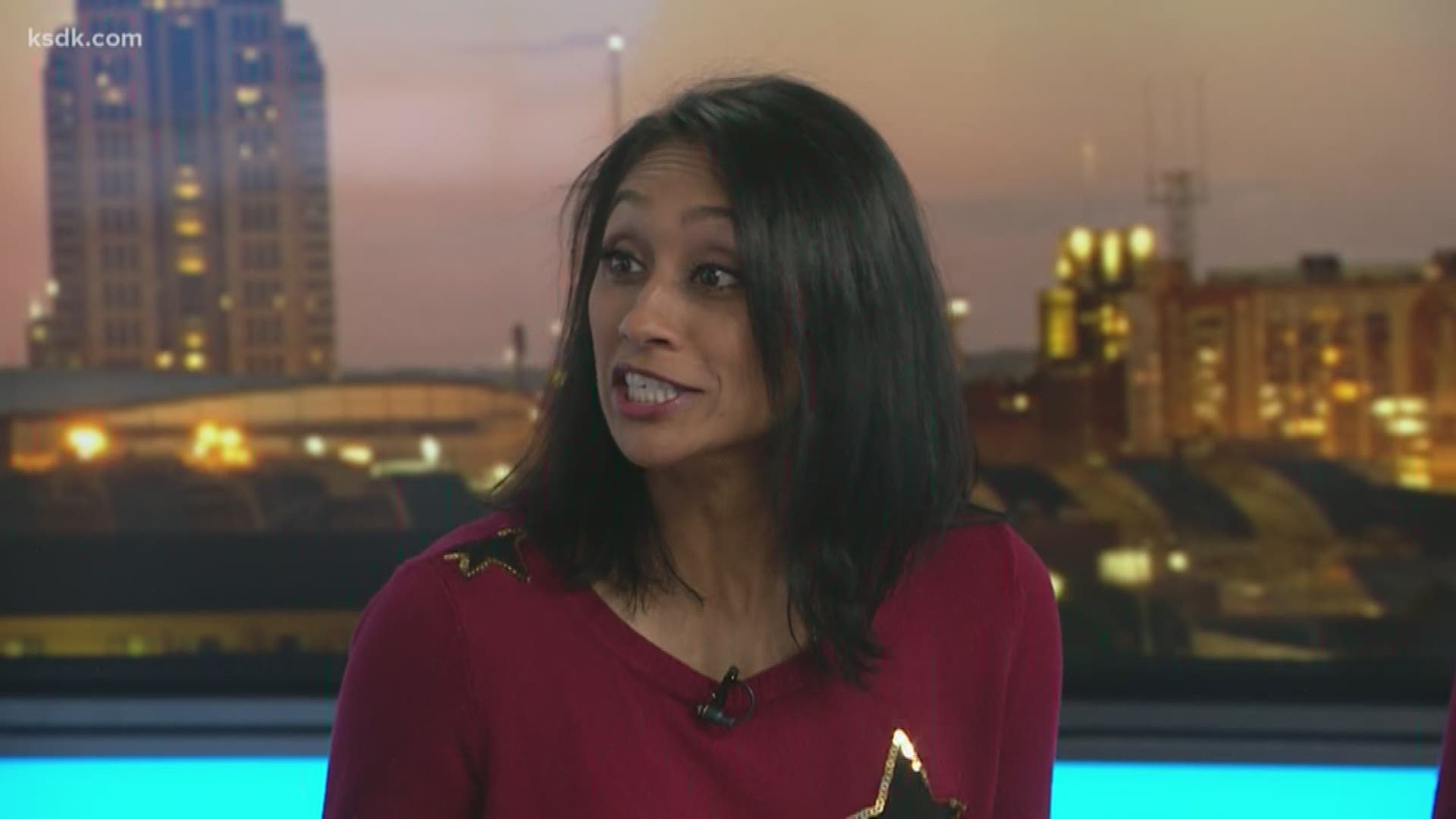 ST. LOUIS — The friendliest and most festive baking competition on television is coming back to America—and St. Louis is looking to bring home a winner with not one but three local bakers.

‘The Great American Baking Show: Holiday Edition’ will debut on ABC on Dec. 12 with 10 contestants vying to be ‘America’s Best Amateur Baker.’

Three of those 10 contestants live in the St. Louis area.

“St. Louisans are going to be so excited to watch this season since it’s well represented for sure!” said Sarita Gelner, a Chesterfield resident who is a baker on this season of the show. “Everyone that has ties to the Lou has a unique baking style and wants to make STL proud.”

‘The Great American Baking Show’ is a spin-off of the extremely popular ‘The Great British Baking Show.’ It’s hosted by Emma Bunton, of Spice Girls fame, and Anthony ‘Spice’ Adams. The judges are three-time James Beard Award-winning pastry chef Sherry Yard and Paul Hollywood, the steely blue-eyed master bread baker who’s known for his intimidating stare-down on the British version of the show.

“My kids said that Paul Hollywood better be nice because I'm the best baker,” Gelner told 5 On Your Side with a laugh.

“Paul can be very intimidating at first, but once you get past the fear factor, you realize that he is a really nice guy,” Ott explained.

‘The Great American Baking Show: Holiday Edition’ premieres Thursday, Dec. 12 at 9 p.m. Eastern/8 p.m. Central on ABC. The bakers will see who rises and falls through 24 total challenges, with six challenges throughout each two-hour themed episode.

You can read more about the show here.

Sarita Gelner lives in Chesterfield. She might look familiar to 5 On Your Side viewers because she’s a frequent guest on Show Me St. Louis, baking up interesting treats on the Recipe of the Day segments. Gelner credited the show as part of the reason she felt encouraged to apply for ‘The Great American Baking Show: Holiday Edition.’

“The first time I ever went on Show Me St. Louis my heart grew, and I knew that I wanted to cook on TV forever!” she told 5 On Your Side.

Gelner is a Sri Lankan American baker whose favorite kind of baking is French pastries and cakes. Her strengths in the kitchen made her a perfect fit for the show.

“I know how to make my own spice blends and create very unique flavor combos. I also am someone who can think on my feet, so I have a knack to come up with recipes on the spot.”

Gelner said she started perfecting those skills at a young age when her mother became a single parent of two little girls. She said her mom worked three jobs to put them through good schools. And instead of presents, they often got food for Christmas.

“What that did was spark imagination and enable me at a young age to begin recipe development. Cans of garbanzo beans because sweet cinnamon pie filling. Homemade bread rolls were stuffed with Spam that got my Mom’s homemade curry spice and flair.”

Her mom and the rest of her family were so excited when she made it on the show.

“I was so shocked. My Mom, in particular, was so elated. She is the biggest fan of ‘The Great British Bake Off,’ so she was so proud that I would be on the American version representing my heritage. My husband just did the husband thing of, I knew you'd make it. And my kids said that Paul Hollywood better be nice because I'm the best baker!”

Credit: ABC
THE GREAT AMERICAN BAKING SHOW - "Cake and Bread Week" - On your marks, get set, bake! Cake and bread are on the menu when 10 aspiring bakers from around the country step into the famous white tent to tackle the challenges of cake and bread in the two-hour season premiere of "The Great American Baking Show: Holiday Edition," THURSDAY, DEC. 12 (9:00-11:00 p.m. EST), on ABC. (ABC/Mark Bourdillon) TANYA

Tanya Ott lives in Bethalto, Illinois. She told 5 On Your Side it was her husband who really pushed her to apply for the show. For Ott, the third time was the charm.

“I applied three times for the show! It was something that I had wanted to do for so long that I just couldn’t give up! Even though it was difficult to not make it the first couple of times, I can honestly say that it was such a blessing because this cast is full of the most amazing people and I can’t imagine not having them in my life!”

Ott served in the U.S. Navy and worked at Scott Air Force Base for nearly 20 years. She gave her notice in May shortly before she found out she would be flying to England to shoot ‘The Great American Baking Show’ for a month. She now plans to focus on creating recipes and possibly teaching baking skills to home bakers.

Her favorite recipe to make is gingerbread, which is perfect for the holiday-themed show. She also used her skills of thinking outside the box while baking inside the famous tent.

“Instead of just making a gingerbread house, I’ll make a huge castle. So, I think that creativity plays a huge role in my baking! Most of my recipes are either inspired by somewhere that I have traveled to or by places that I would like to visit. I love using international flavors and dishes for inspiration.”

While Ott and the other bakers can’t disclose anything about their performance on the show, Ott was able to tell us one thing she got out of the experience.

“I’ve gained so much self-confidence throughout the entire process! Being judged in the tent is hard. Actually, it’s terrifying. But I learned so much about baking and about myself throughout the process,” she told 5 On Your Side.

Helen Pantazis lives in Maplewood but grew up on a farm in Iowa. The mother of three previously applied to be on the show, which is in its fifth season.

“My family was through the roof about me getting on the show,” she told 5 On Your Side. “I’m a big fan of ‘The Great British Bake Off’ and I thought I could make it on the show because of my passion for baking.”

Pantazis said she loves getting in the kitchen and baking anything and everything.

“I love to try new recipes, but I also grew up in a family that loves to bake, so I have a lot of old-fashioned favorites I make.”

Contestants on the show can’t be paid to bake, meaning they can’t work in bakeries or bake for a living. Pantazis was a homemaker when she appeared on the show but has since gotten a pretty sweet gig.

“Since the show, I got a part-time job baking at Pint Size Bakery to keep growing my skills.”

As for what she loved about being on the show:

“The biggest thing I got from the show was spending time with other people who crazy bake at home because they are passionate about it. It was like going to baking camp!”

RELATED: His pastries are renowned nationwide, and now he makes them here