"Under an organization like build courts, not walls, we’ve renovated like 40 basketball courts around the world," Ansom said. 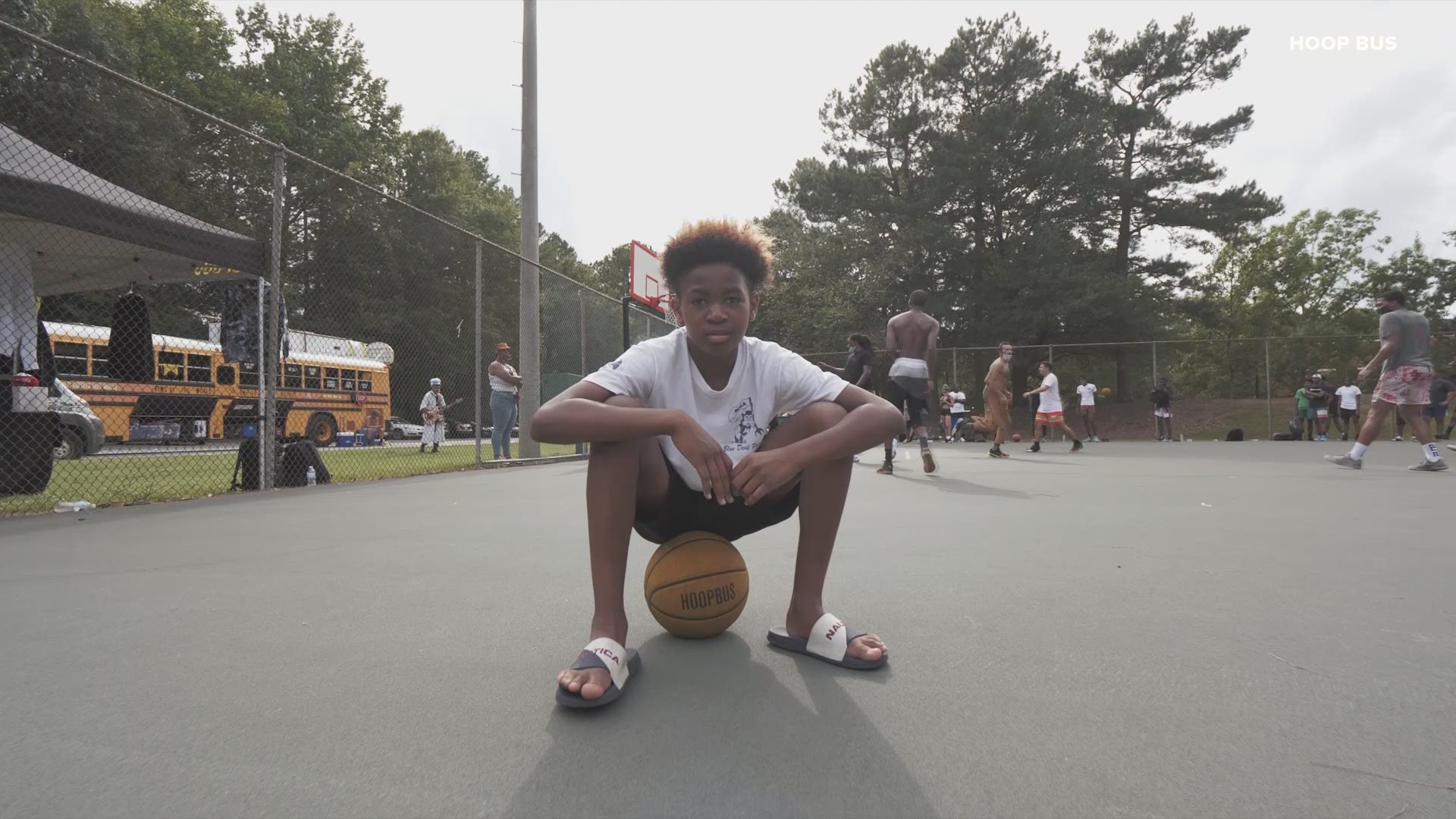 ST. LOUIS — For many, the coronavirus pandemic has brought sadness, and in some cases, frustration.

But for some, it opened up a Pandora’s box of ideas.

Once Ansom realized his dreams of going pro were fading away, he drew up his next play: founding the Venice Beach basketball league in California.

But when the pandemic hit, Ansom had to go back to the drawing board.

That's where the Hoop Bus was created.

“It became a way to play basketball because they were taking all the rims down," Hoop Bus volunteer, Joey Greenstein said.

The ultimate basketball traveling machine, as Ansom described, took its show all along the coast of California providing kids an escape from reality.

“In general, the hoop bus is a way for us to spread love and unite communities through basketball," Greenstein said.

While the bus brought joy and a sense of normalcy to kids. It couldn’t stop what was happening in America.

Protests were erupting, and people were demanding equal justice for all. Knowing the power of sports, the Hoop Bus organizers grabbed their keys and got in gear, driving right into the middle of a protest in Los Angeles.

“The first day, I mean LA was literally burning down, like all over,” Ansom said.

Amid thousands of protestors and fed up Americans, Ansom and his team noticed people gravitating toward the hoop on wheels.

“They were like hold on let me just take a jump shot real quick or let me get a dunk and it was like this genuine moment of joy and togetherness,” Ansom said, recalling the beginning of his journey.

But not everyone approved of a big yellow bus attracting a bunch of kids having a good time. The bus was once repossessed and met with a few angry fans.

“How do we disrupt some people that are a little fed up, like traffic is bothering me are making me late to work, and I was like well yeah, guess what, people are like really dying here," Ansom said, describing an encounter with someone opposed of the Hoop Bus.

From there, the show went on the road toward the East Coast for the March on Washington. With one rim that said "vote," and another that said "Black Lives Matter," volunteer Joey Greenstein said they hoped to educate and inspire the youth in all cities.

“We partnered with some amazing organizations along the way and help get out to vote and teach people how important and impactful it is especially for younger people that maybe didn’t know the impact their vote had but loved playing basketball,” Greenstein said, speaking on the Hoop Bus' mission.

For a few days in various cities, the Hoop Bus left their imprints on the town, but they wanted to leave a mark that could last forever. So they decided to renovate courts that were no longer in playing condition.

“In Dallas, we did a giant Black Lives Matter court with the community there and that gives those kids an opportunity to play and continue to play and hopefully that is a lasting impact," Greenstein said.

“Under an organization like build courts, not walls, we’ve renovated like 40 basketball courts around the world," Ansom said.

Greenstein and Ansom said their journey across America and back has been a roller coaster of emotions and exhausting, but every day they wake up optimistic and grateful to be on this journey.

"As a Jewish man, as a white man, this has been something of a learning experience for me and something I always want to be open to," Greenstein said reflecting on this adventure.

While Ansom is ready to keep fighting the good fight, “I feel completely changed and feel inspired to keep going."

RELATED: Hoops and Beyond | Teaching more than the game of basketball 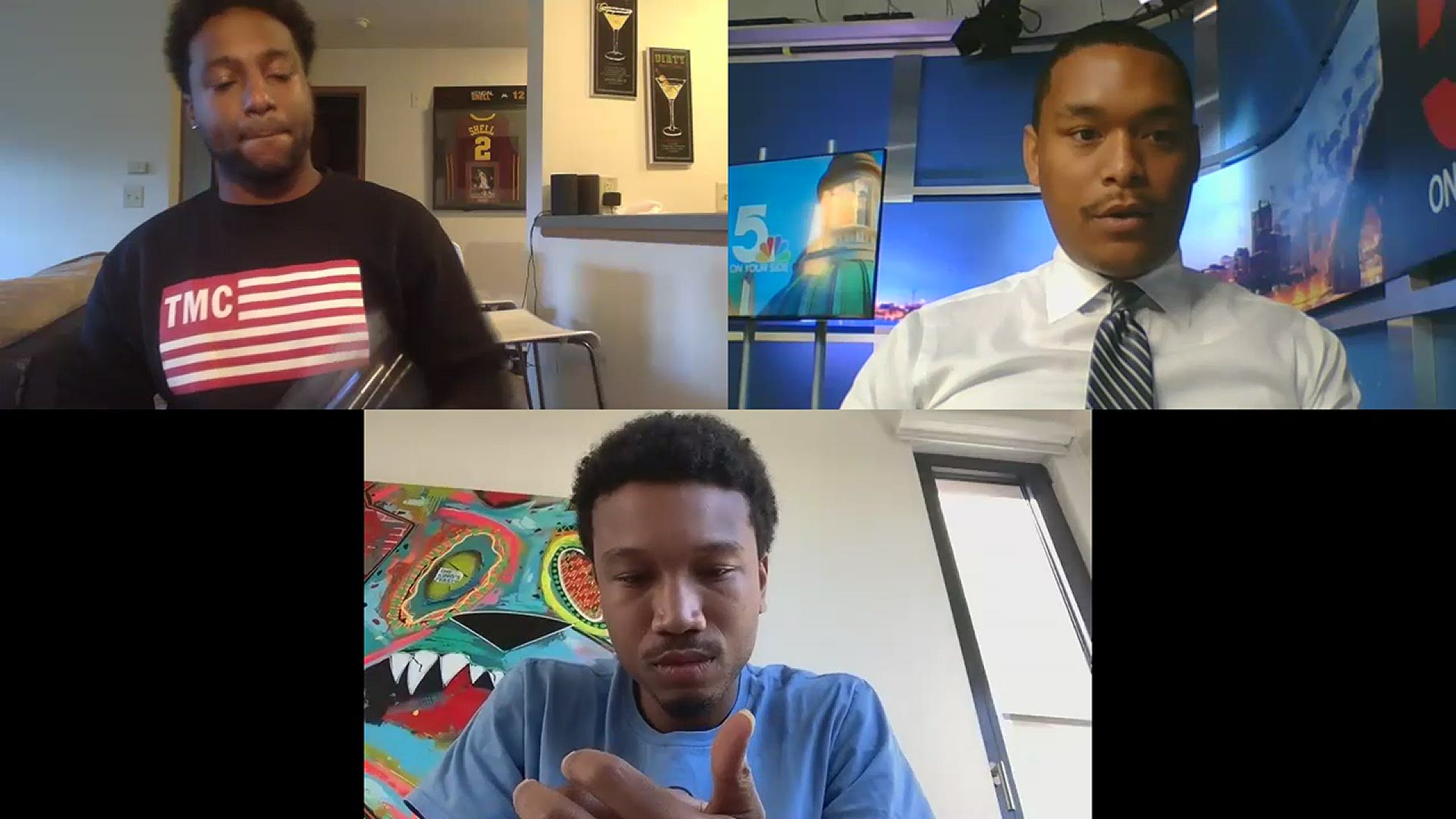