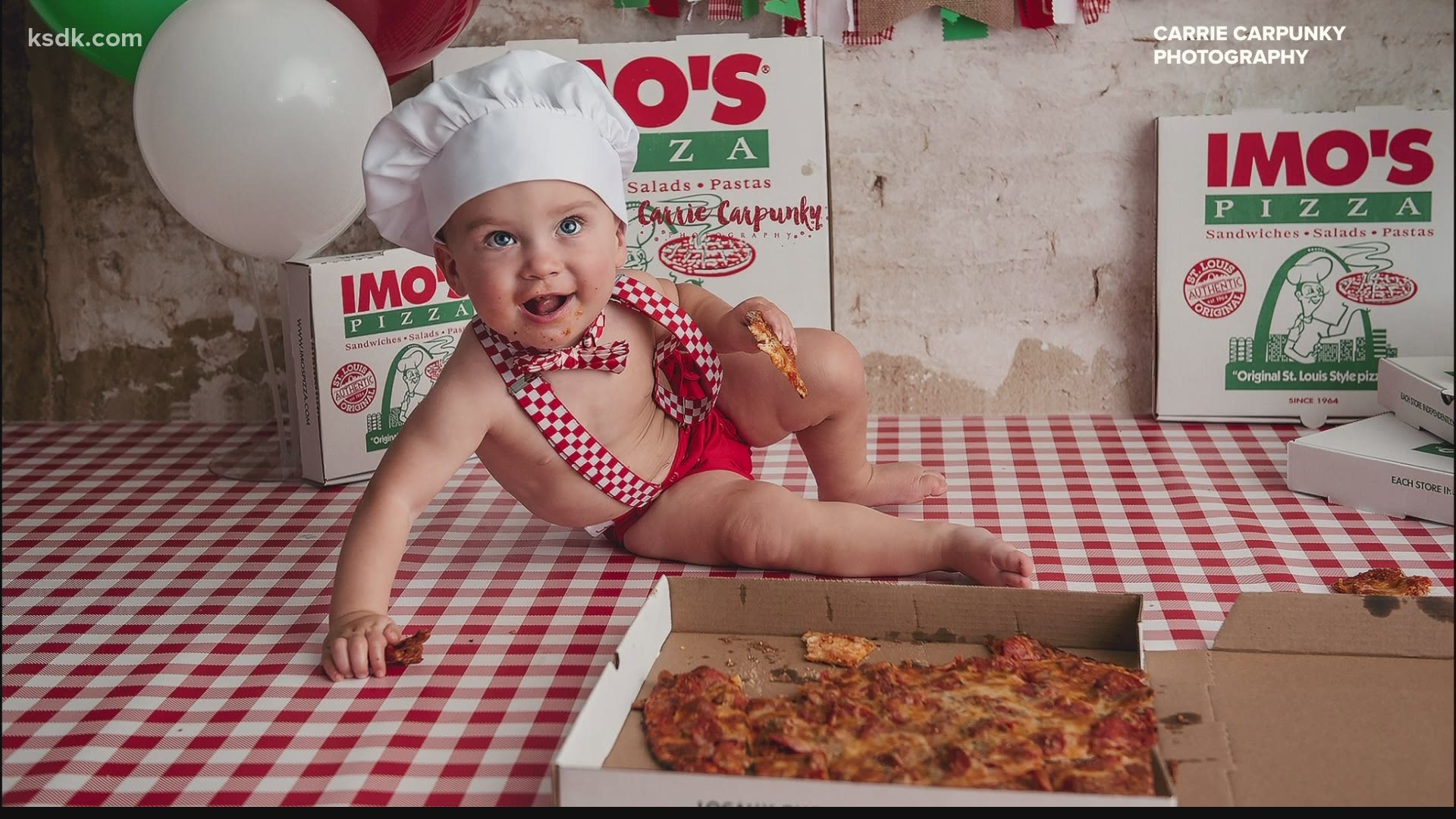 The couple hired Alton-based photographer Carrie Carpunky to shoot and style the photos. Baby Jack chowed down on the thin-crust pizza and was surrounded by Imo's boxes, pizza-shaped balloons and a banner.

Carpunky said the parents, who live in Troy, Illinois, are "huge pizza fanatics."

"Jack’s parents had talked about a pizza smash even at his newborn photos," Carpunky said. "They had actually brought a pizza swaddle to their newborn session, so I knew it was serious business!"

Carpunky said babies don't always go for the traditional "cake smash" photo, so she was excited to see Jack would do with pizza.

"He definitely didn’t disappoint," Carpunky said. "He loved every bite! The worst part was he didn’t share. He is such a little ham."

Carpunky got the pizza boxes from an Imo's restaurant in Troy and Jack's parents ordered his costume: a chef's hat, bow-tie and suspenders. Carpunky got the rest of the props and decor.

"How cute is this? Instead of a smash cake, it's a smash pizza for his first birthday! This baby has great taste!" Imo's wrote.

"I have done McDonald's smashes, taco smashes, spaghetti, pies, milk and cookies," Carpunky said. "They are all so much fun to photograph!"

How cute is this? Instead of a smash cake, it's a smash pizza for his first birthday! This baby has great taste!