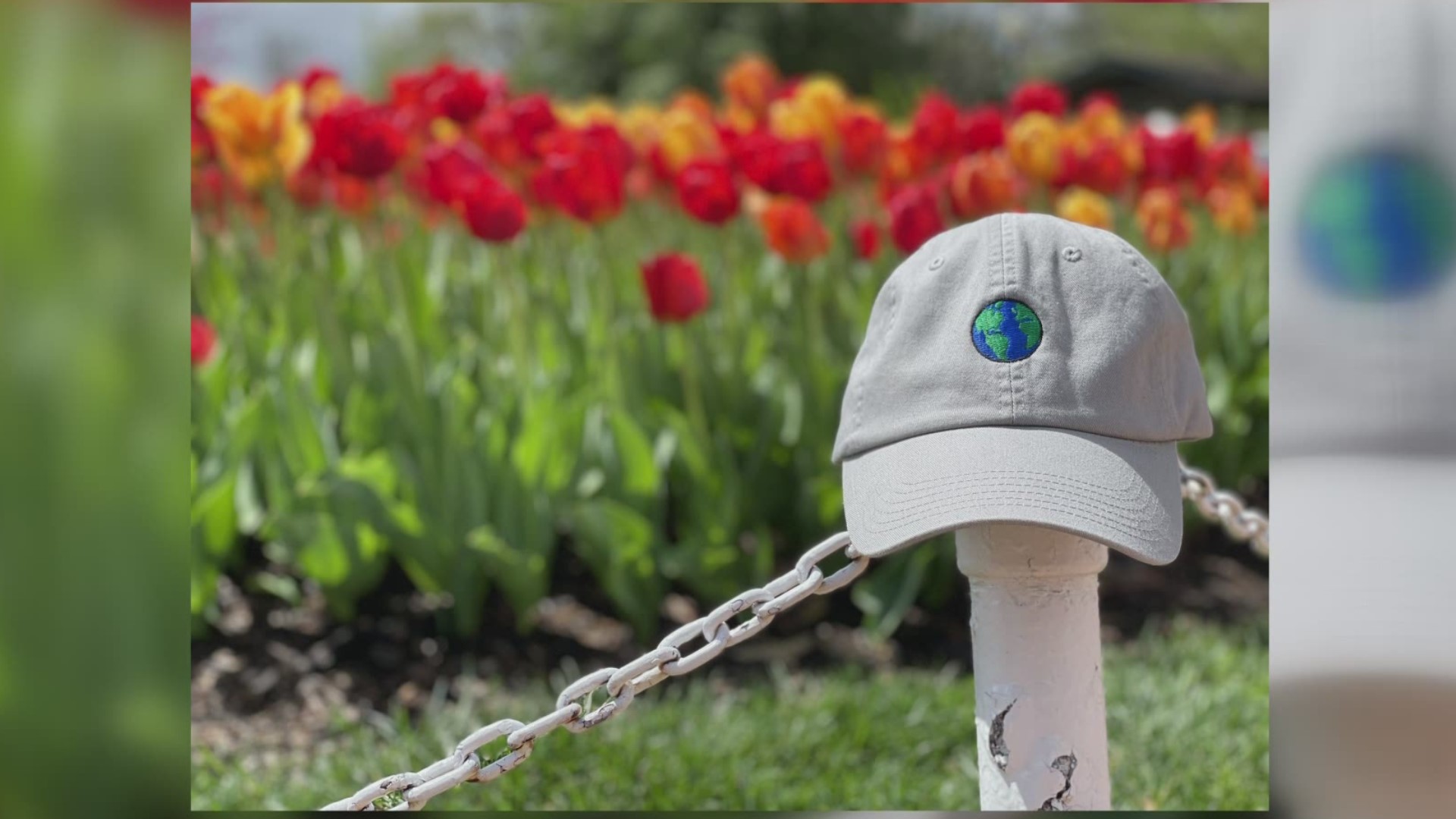 ST. LOUIS — This week we observed the 51st anniversary of Earth Day – a day set aside to show support for environmental protection.

In St. Louis, there is a young clothing designer on a mission to help take care of the world under our feet. He is using his spare time to build a brand that is minimal and sustainable.

“Need for a creative outlet in my life,” said Anthony White.

But instead of picking a hobby to occupy his days, he decided to do something bigger. He launched the Jon Blanco clothing line.

“The ultimate goal is to make that difference,” White said. “One of our most popular designs is the globe.”

It is a clothing line with the Earth in mind.

“Affordable but also with a bigger purpose and mission,” he said.

Sustainability is the mission.

“One of the key elements of the environmental aspect of the business, which is to reduce,” White explained.

He does it one item at time. The tee shirts, hats and sweatshirts are not mass produced.

“We don’t have to invest in a lot of inventory up front. Half of what we have online is on demand. The other half is limited inventory,” he said.

The company is also supporting the non-profit One Tree Planted by donating a portion of their sales.

The beauty of Tower Grove Park is one of White’s inspirations.

“Close to 400 species of trees, flowers, plants in this park alone,” he said.

While White is just one man, he does believe that his clothing line can bring people together.

“One part of it is the people, the other part is the planet,” he said.

The intention is to get people talking and increase awareness.

“Our hope is little conversations here and there. People need to understand and to know, like, what’s going on in order to make a difference,” he said.

He sees the Jon Blanco brand bringing people together.

“People is where our motto comes into play which is, ‘inspired by the world’ –  more than just a forward phrase, it’s active engagement with others,” he said.

The overall vision is get people to start doing the things to save the planet.

“It may be a small impact, but then you have the domino effect,” he said.

If you want to learn more about White’s clothing line, click here.