Smartmouth Brewing Company released a cereal-inspired beer Saturday morning that made national headlines and drew in hundreds of people for a nostalgic taste of childhood. It sold out within hours. 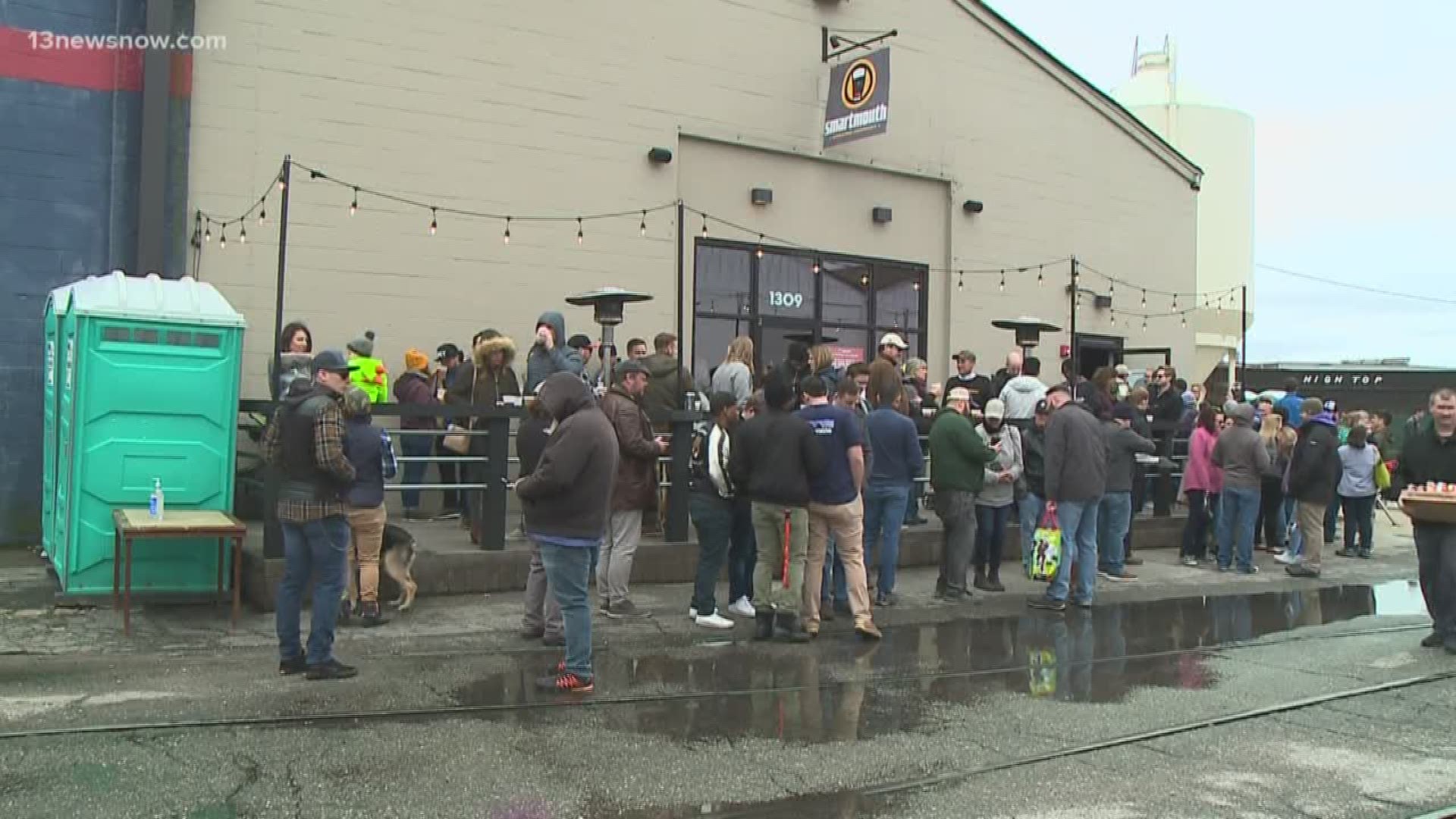 NORFOLK, Va. — Remember those beloved, childhood Saturday mornings where you'd get out of bed, pour your favorite cereal and sit in front of the TV to watch cartoons in your pajamas?

Well, Smartmouth Brewing Company in Norfolk wants to recreate those days with a new, special brew.

On Saturday, March 2 the brewery hosted its "Saturday Morning All Day" event where the brewery debuted a brand-new, limited release IPA.

Dozens of people began lining up before 9 a.m. at Smartmouth's Norfolk location, hours before its noon opening.

By 2 p.m. the special release had sold out, but a long line of people waiting to get inside remained.

According to its website, the Saturday Morning IPA is made with pounds of marshmallows and tropical fruity Calypso hops — a spin on the fan favorite cereal, Lucky Charms.

The brewing company owner, Porter Hardy, said the beer still tastes like an IPA -- so don't go in expecting it to taste like an alcoholic bowl of cereal -- but he believes the flavor will still be "magically ridiculous!"

"If they expect it to be like a marshmallow IPA I think they’ll be very happy with what they get," said Hardey.

RELATED: Hampton Roads breweries among those from Virginia to exhibit in London

Head Brewer Jimmy Loughran came up with the idea for this marshmallow beer, and he said he's been waiting to make it for a while.

It's an idea based on his own love story.

"Back in the day, I sent Lucky Charms to my girlfriend, now wife, when we were in college. So, I took out all the marshmallows and sent her just the box," Loughran said.

From noon to 10 p.m. Saturday at Smartmouth's Norfolk location, you'll get a chance to taste the beer while playing some board games, reading comic books from Local Heroes comic book stand and even dress up as your favorite cartoon character or superhero in a cosplay contest!

You can learn more about the event by clicking here.