Sports card collecting has always been popular, but its popularity has grown during the pandemic, according to Lou Brown, owner of Legends Sports & Games. 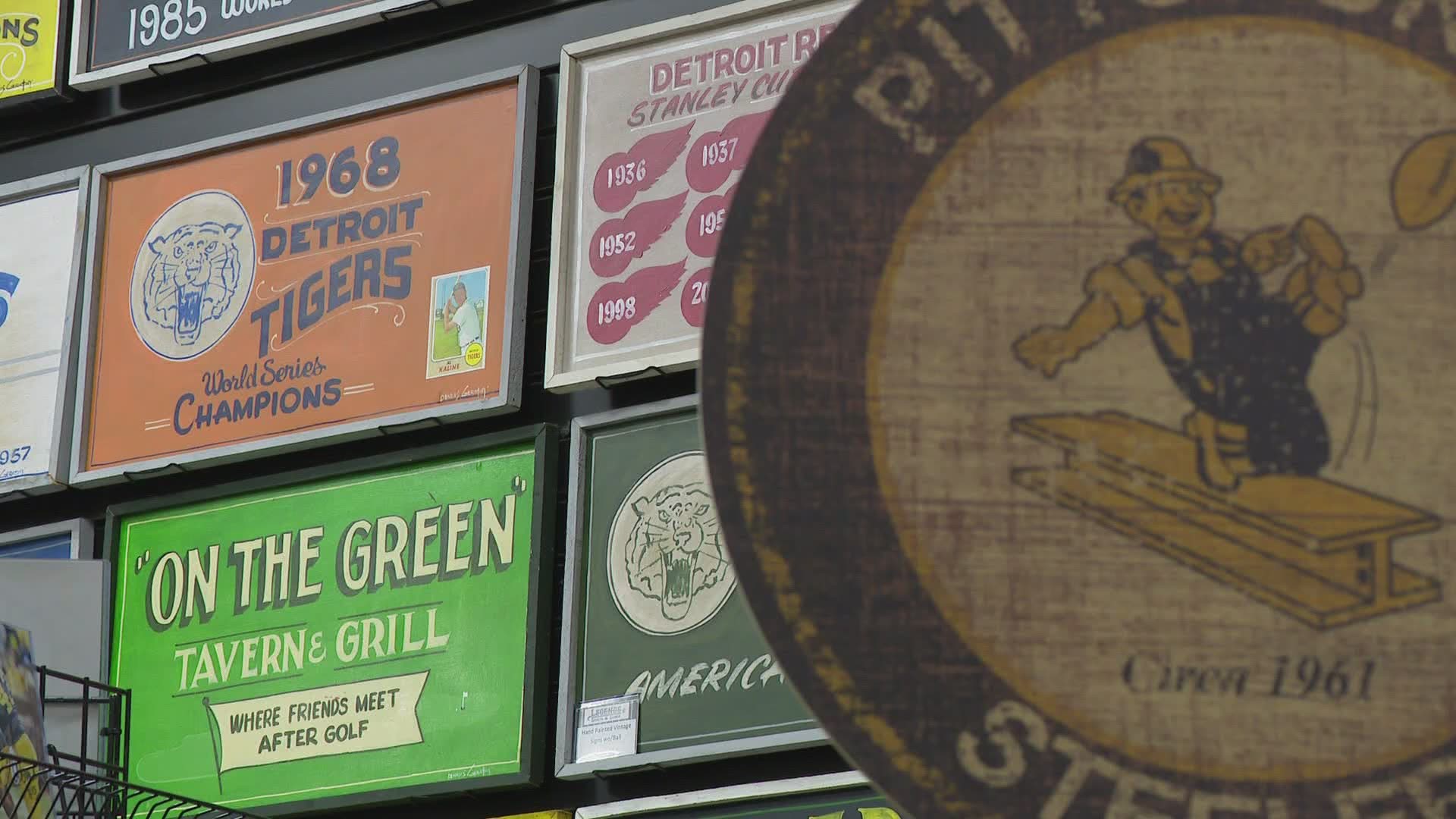 GRAND RAPIDS, Mich. — As the nationwide COVID-19 stay at home order played out, there was a temptation that grew by many to dust off sports cards tucked away in closets, rekindling a hobby that had been dormant for decades.

Or, for some, start anew at the hobby, proving that the treasured cardboard heroes have become one of the perfect escapes during the health crisis.

A West Michigan man recently opened a pack of baseball cards and ended up pulling an extremely rare one that's worth, at minimum, $37,000.

"An individual came in and bought a box of cards," said Lou Brown, owner of Legends Sports & Games in Grand Rapids. "The next day, I get a call from him and he says, 'I hit something pretty good.'"

"He forwarded me a picture and it was a 2020 Bowman Bobby Witt Jr. Super Fractor Autographed card, and it's numbered 1-of-1."

Brown says he posted the photo of the card on his web and social media sites and it started garnering worldwide attention.

"I got calls about it from all over the world," said Brown. "People from Korea and China contacting me with interest.

The lucky man who pulled the card wishes to remain anonymous, but he's part of a worldwide surge in sports card collecting that's actually been fueled by the pandemic.

Credit: WZZM
While the nationwide health crisis is causing many to save money, others are spending it in droves in the hobby of sports card collecting.

"It's kind of been the perfect storm with the lack of sports and the lack of new product," said Brown. "We reopened about a month ago and we have people coming in every day that are either just getting back into the hobby or are new to it."

Brown says he was nervous when the state shut-down happened in March, fearing people wouldn't want sports cards, but exactly the opposite happened.

"People needed something to do," said Brown. "They're home; they have time on their hands, so they started pulling out their card collections."

One of the major reasons for the spike of interest in the hobby is what's happening with it online. Many card shops, including Legends Sports & Games, provide online entertainment for collectors to checkout.

"We go on each night," said Brown. "We do live events called Case Breaks which, to people who aren't familiar with it, is basically opening boxes of cards."

Collectors are known to watch for hours, Brown says, because each pack of cards is its own treasure hunt. Hobbyists are riveted by the presentation because that next pack could include a 'Holy Grail' card, and they want to see it revealed to the world in real-time.

"There's something about the social side that makes it really cool," said Brown. "Some of the online Case Breaks will start at 6 o'clock at night and go until 2 o'clock the following morning."

The schedule of online sports card events can be found on Legend's Facebook page.

Brown says he feels very fortunate that the pandemic didn't cause the sports card hobby to disappear, and he's hopeful business and interest continue to surge.

Credit: WZZM
Lou Brown, owner of Legend's Sports & Games, says the business of sports card collection has been skyrocketing during the COVID-19 pandemic.

"I look at it like I'm able to provide a service that helps people occupy their attention during this challenging time," said Brown. "It's been a lot of fun."

The 2020 Bowman Bobby Witt Jr. Super Fractor Autographed card was graded a 9.5. To put that grade in perspective, that's as close to gem mint as it can get.

The card was recently sent off to Heritage Auction House, which is the world's largest collectibles auctioneer.

The card will go up for auction sometime in late July.