Eight service members died trying to rescue Rocky Sickmann while he was held hostage in Iran. He now honors their memory through his efforts with Folds of Honor 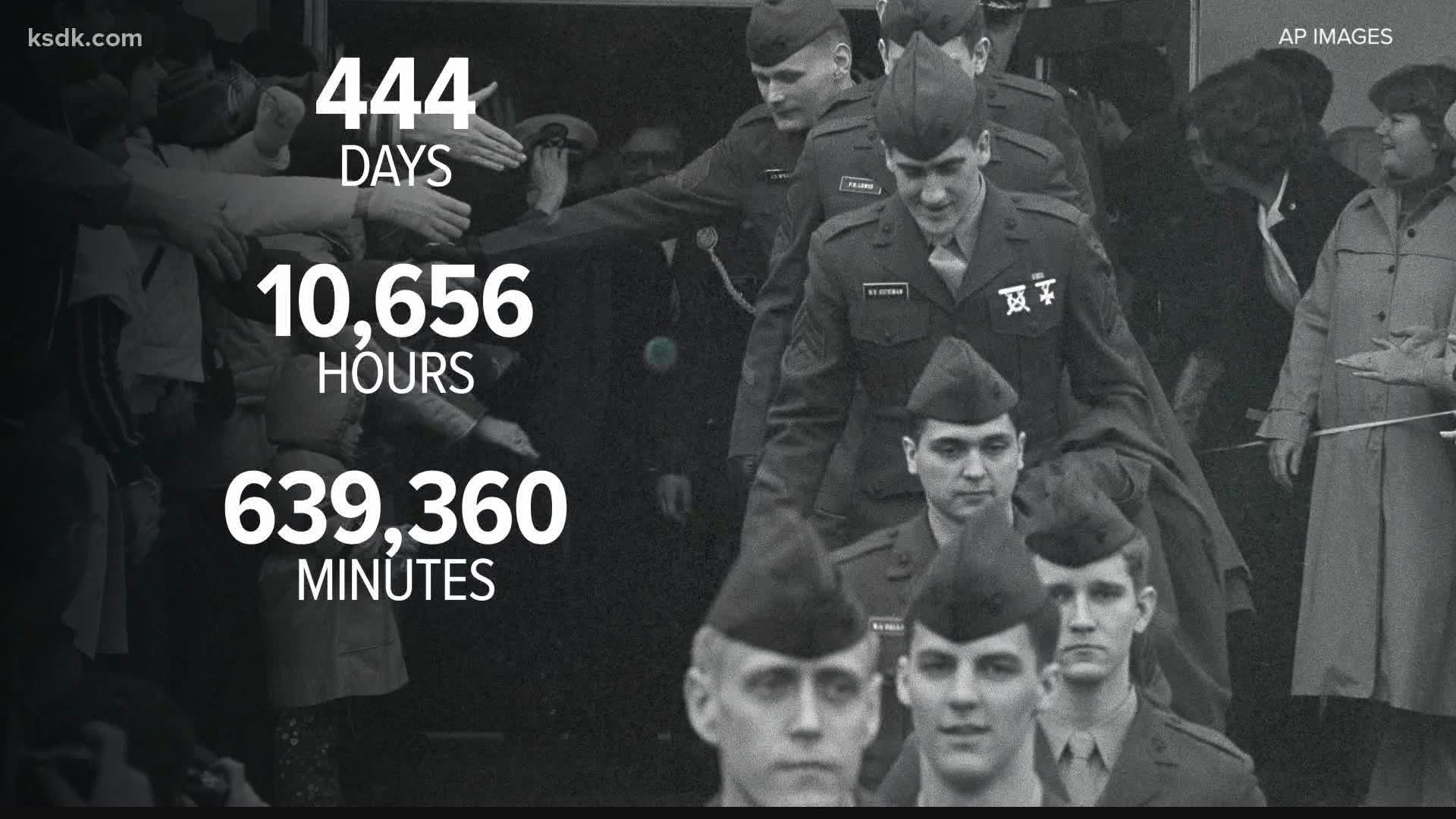 ST. LOUIS — Freedom is more than a word for Rocky Sickmann. He knows what it is like to be without the ability to go as he pleases.

“Sitting there thinking the world is going on without you and nobody cares,” Sickmann told 5 On Your Side.

The numbers represent the amount of time Sickmann was not a free man.

“Our freedom, our dignity and our pride were stripped,” he said.

Sickmann was a 21-year-old Marine in November 1979 when he was one of the Americans taken hostage at the U.S. Embassy in Iran.

“I prayed so hard for my life. You had no idea each day if you were going to live or die,” he recalled.

He wasn’t released until January 1981.

He came home with a heavy heart mourning the loss of eight U.S. service members who died in a helicopter crash when a mission to free the hostages was aborted in 1980.

He now honors their memory through his efforts with Folds of Honor.

“Now, there’s new heroes that are coming up that are serving our country as we speak,” said Sickmann.

Credit: 5 On Your SIde

His commitment to the foundation also gives him purpose and helps him to shoulder the memory of his time being held captive.

“It is an incredible honor. For me, it’s a drive to keep me going each day,” he said.

Sickmann knows freedom is not free.

“It is a drive every morning to get up and really get people pumped up to know that American flag means freedom,” Sickmann told 5 On Your Side.

And he wants to ensure our military personnel that Folds of Honor is looking out for their families and their legacies.

“Do this ‘til I die because it is something that means a lot to me,” said Sickmann.

You can donate directly to the Folds of Honor campaign from your phone by texting the word “Folds” to 314-444-5125.