What is the most popular Halloween candy in Missouri and Illinois?

Halloween candy sales are expected to reach $2.4 Billion, only down slightly from $2.6B last year. No matter how you look at it, that’s a lot of candy! 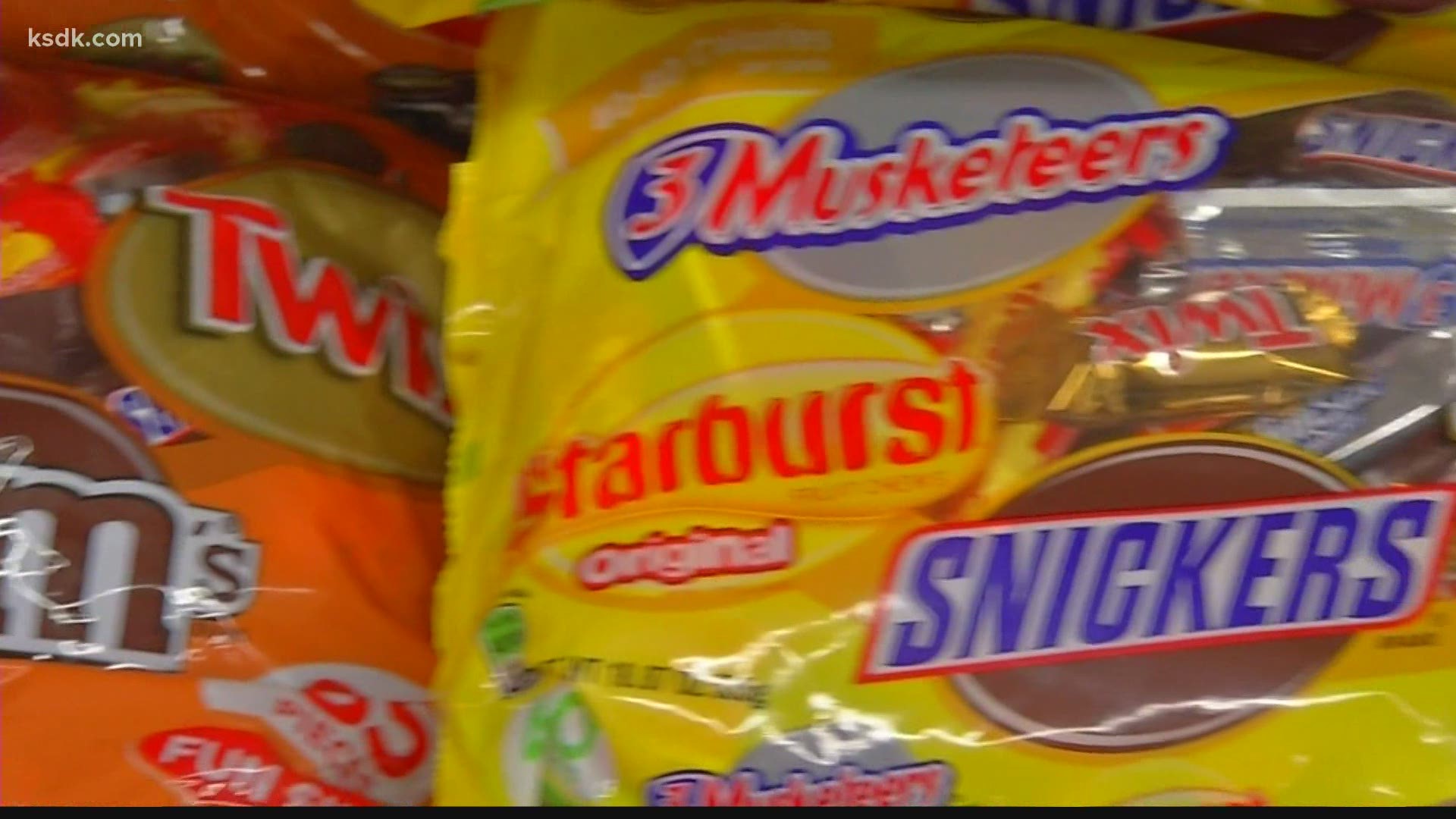 ST. LOUIS — Halloween is fast approaching, and a new report released details about what we here in Missouri and Illinois love when it comes to candy.

According to the report, in Missouri, the top candy of choice is Milky Way, followed by Almond Joy and Double Bubble Gum. Sour Patch Kids has been picked as Illinois, followed by Kit Kat and Starburst.

CandyStore.com states that the top three Halloween candies in America are:

According to the National Retail Federation, trick-or-treaters are expected to be down 20% this year due to the COVID-19 pandemic.

According to the National Retail Federation, trick-or-treaters are expected to be down 20% this year. That said, only 11% fewer people plan to hand out candy.  I’m no math expert, but 11 is less than 20. So, there might be more candy per house to capture!  Right?

Halloween candy sales are expected to reach $2.4 Billion, only down slightly from $2.6B last year. No matter how you look at it, that’s a lot of candy!

The candy map reveals the results of our annual data mining, the top 3 most popular Halloween candies in each state. Hover over your state to see the goods. (Apologies, it’s not interactive on mobile devices).

Do your state’s choices surprise you? The top Halloween candy in your state are not always what you think they were. Salt water taffy and Hot Tamales performed much better than some expected, for example.

According the website, candystore.com, "We have seen a lot of surprising favorites and least favorites over the years. That’s why working with unbiased data is so much fun. We looked at 13 years of sales data (2007-2019), looking in particular at the months leading up to Halloween. We sell nationwide (and to Canada) so we broke down our sales by state. We also have relationships with major candy manufacturers and distributors – all of whom contributed and helped us reach our conclusions."