Mother turns son's murder into a state of grace

In January 2015, 19-year-old Bobby Christman was a De Smet grad thinking about becoming a Marine. Rick Bales was 63 and desperately needed a heart transplant. What happened next would become international news and save five people's lives. 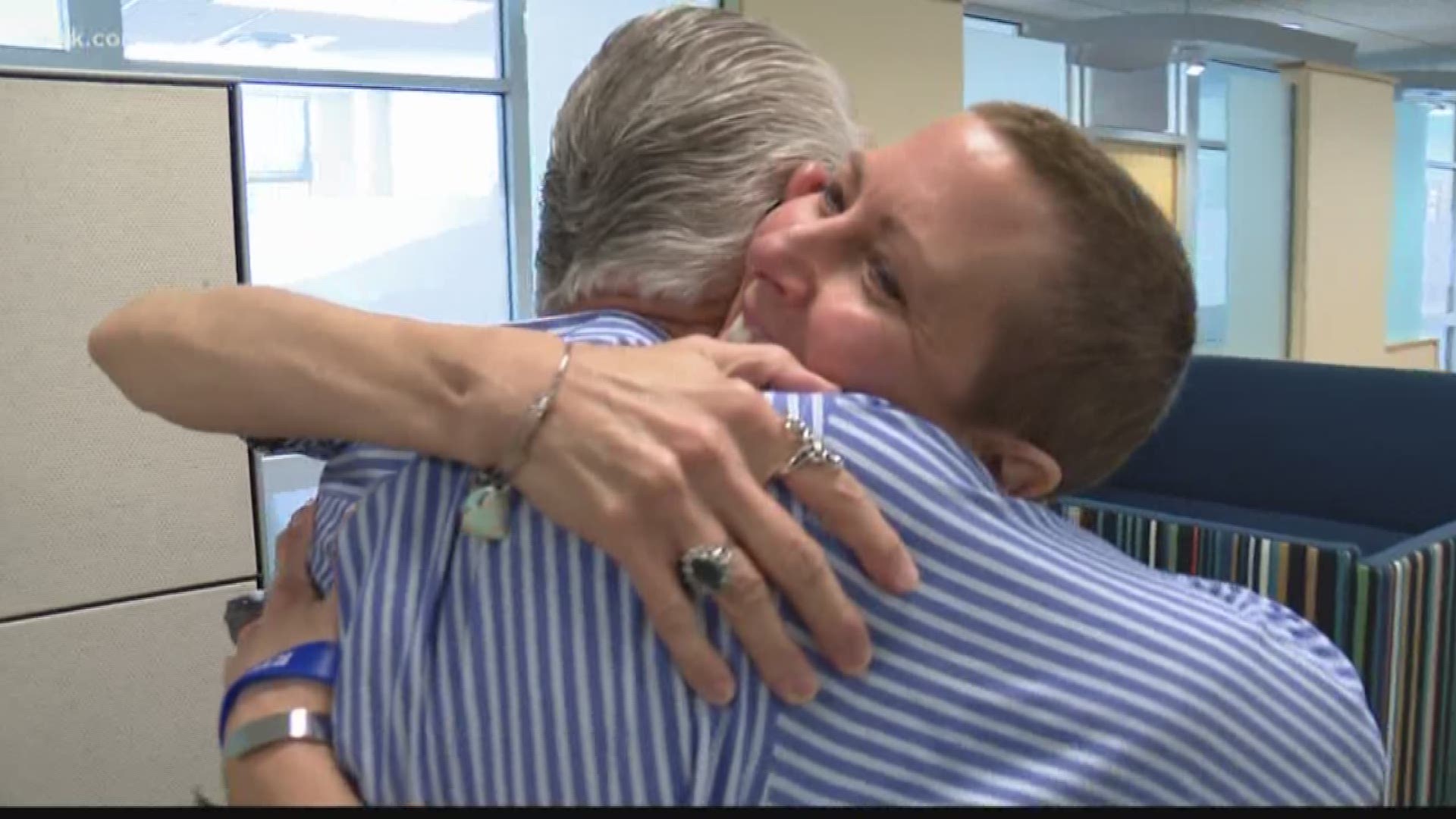 ST. LOUIS — It was a crime that shocked the bi-state and made news around the world in January 2015. A 19-year old De Smet grad, fatally shot in a carjacking downtown.

Bobby Christman was in the front passenger seat of his family's car. His 17-year-old brother was driving, dropping off Bobby and a friend at a birthday party.

From out of nowhere, a man opened the driver's side door, threatened them all with a gun and demanded their friend's purse.

Bobby challenged his attacker to save his brother and friend and lost his life when a robber's bullet hit him in the head.

At the same time just a few miles away, Rick Bales of St. Peters was at the top of the heart transplant waiting list, his heart quickly failing two years after surviving a widow-maker heart attack.

What happened next would profoundly change the lives of the Christmans, the Bales and four other families forever.

It’s a story of a young man's legacy, a mother's grief and how strangers reached a state of grace.

They've only known each other four years, but it feels like a lifetime.

"I always joked with my doctor,” Rick Bales recalled. “I said, you know, ‘I'll wait as long as I need to wait. But when I get one, I want the best one out there.' So, it’s a very emotional thing."

"Best one out there" hardly begins to describe Bobby Christman's heart. He was more than just a stand-out student-athlete in high school.

"He was like an M&M with a hard shell and a soft center,” his mother Dawn said. “All his sports that he liked were, you know, football, rugby, wrestling."

He was a proud big brother to Sean and Sidney, a sophomore at Southeast Missouri State who cherished his Sigma Phi Epsilon brothers and an aspiring Marine already known for never showing fear and standing up for what was right.

"Everyone wanted to be his friend,” Dawn said. “You knew when Bobby entered the room."

Living as if he knew life would be short. Posting this on Twitter when he graduated from high school: "Get control of your life, be a better person to others, be productive and live life, because you only have it for so long, so don't waste it."

"It almost seems like Bobby somehow in the back of his mind knew his destiny," Dawn said.

Destiny that brought him to a street in downtown St. Louis for a birthday party, and a robber with a bullet that would end his life. The tragic side of the organ transplant process deeply rooted in Rick Bales' own heart as he held on, waiting for a new one.

The Bales immediately sent a letter of thanks to Bobby's family. But it would be another year and a half after the transplant before Rick and Karen would know their names, see the faces of those they'd been praying for.

"It was a very emotional meeting,” Rick said. “We all did pretty good until they wanted to listen to the heart. That was a tough deal."

There was never any question, a new family had been born.

"From the time they opened the door, Dawn was standing at the door, and she had her arms out like this, come on in," Rick said.

RELATED: If we could help people suffering from kidney disease with a simple law, would you try it?

In just the same way, Dawn would later hold her arms out to two other families.

"What a wonderful day it is," said John Mark Edwards.

Edwards was on the verge of turning 70 when he got Bobby's lungs after years struggling with lung disease.

"It was a miracle,” Mark said with tears in his eyes. “When I came to after the surgery and suddenly I could breathe and it was like 'Wow!'"

And Larry Minch, whose lifelong diabetes had destroyed his kidneys. He got not just Bobby's kidney but his pancreas. Bobby's gift means he doesn't need insulin for the first time in 50 years.

"The doctor told me before I left you should get 40 years out of these [organs]," says Minch.

Two other recipients are out there. One with Bobby's liver and the other with his second kidney. All alive because a teenager without hesitation ticked a box on a driver's license form the day he turned 16, turning himself into an organ donor.

The Christmans, the Bales, John Mark Edwards and Larry Minch make their love for each other look easy. But the folks at Mid-America Transplant say bonds like theirs are extremely rare.

"We refused to give in to the darkness and evil,” Dawn Christman said of the time after Bobby died. “So, I decided to shine light on all the good. So, I told God, I said 'Alright God, you've allowed me to experience this, so use me.'"

HEARTWARMING: A kidney transplant reunion you have to see to believe

Dawn went on to write a book and counsel other families who've lost children. She and her husband Bob call themselves the CEOs of their son's legacy.

"I just wanted to bring hope to people, you know. There's going to be things, some really bad things are going to happen in our lives that you have to find strength and keep going, but focus on the good,” said Dawn. “I know that sometimes seems impossible. But I kind of want to be a living proof that you can turn a really horrible situation and shine the light on the good."

Good that refused to end the night a 19-year-old lost his life, leaving a legacy that can only be called a state of grace.

Three people went to prison in the shooting that killed Bobby Christman. The man who pulled the trigger is serving a 25-year sentence.

For more information about organ donation and the Bobby Christman Memorial, follow the links below.