Feb. 9 started like most any other day. Mark got up, made sure his cats were taken care of and went to work. But a call from his mom would change his life forever 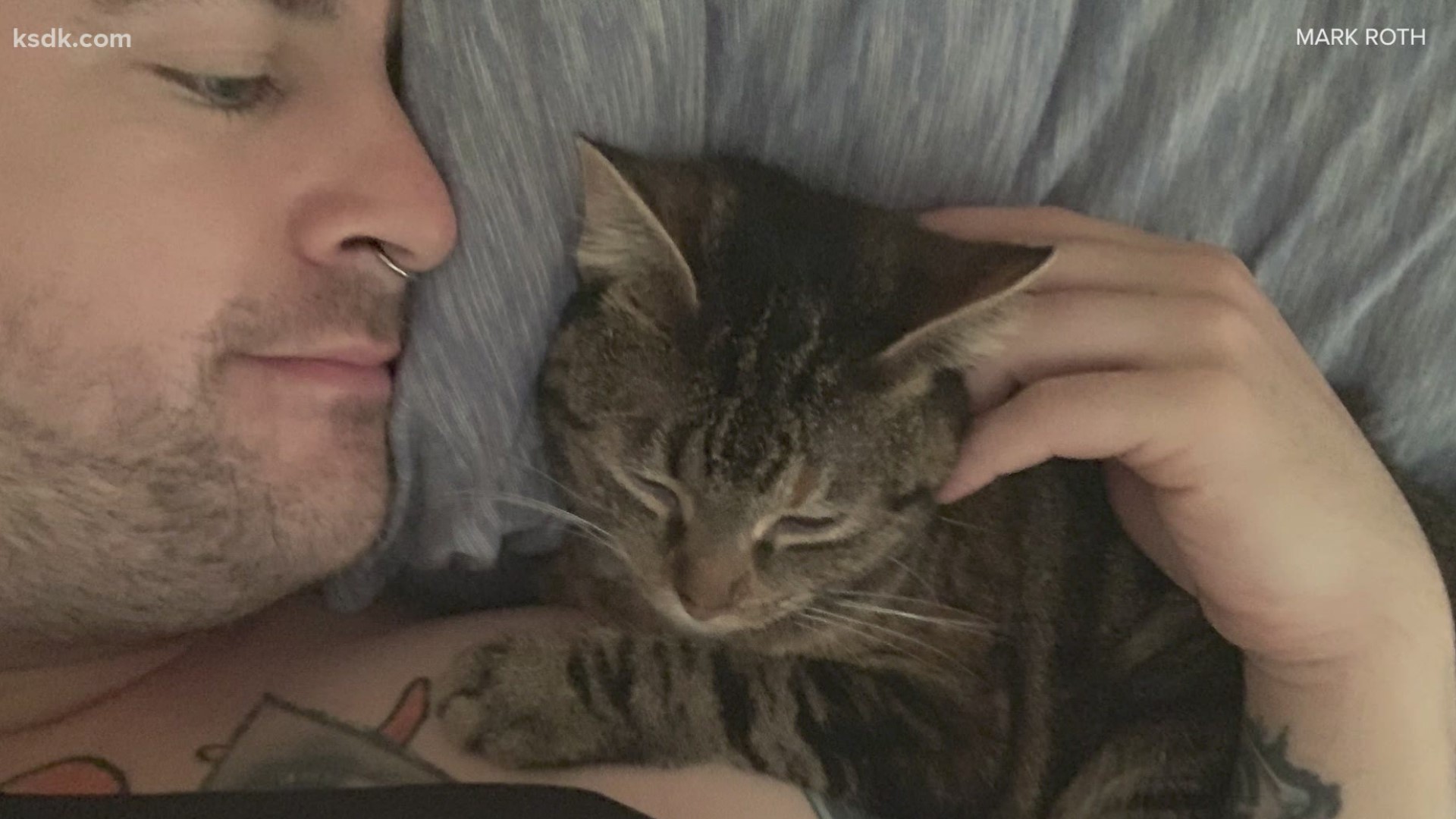 ST. LOUIS — "I had Mr. Peepers who was around five and Chair… she was about three, so they had a lot of life left to live," said Mark Roth.

He's talking about his cats – the closest thing the longtime St. Louis musician had to children.

"They were my world pretty much. They stuck with me," he said. "This whole last year has been really just hard on me. I live alone, but I talk to them. I might be a little crazy cat guy, but I adored them."

Feb. 9 started like most any other day. Roth got up, made sure his cats were taken care of and went to work. But a call from his mom would change his life forever.

"She's like, 'the house is on fire.' And I freaked out and just threw everything in my bag. And I walked by my boss on the way. I said, 'My house is on fire. I'm going.' And I just took off."

When he arrived back at his Overland home, there were firefighters from four departments trying to save what they could.

"I know that they had found one of my cats and that's it.," he said. "I kept on asking about the other cat, trying to tell him where she would be. I didn't really know how bad the damage was at all. I just saw the smoke."

While Roth is grateful to the firefighters who responded to his home, they couldn't rescue Mr. Peepers or Chair, and he won't ever live in that house again.

But through tragedy, the music still plays on.

"I make a living off music. So I'm the one musician who had a house fire and all the instruments got saved."

A GoFundMe has been set up to help with his expenses. Click here to donate.