Roger Melton Jr. was born 6 weeks premature. Now, he's a senior getting ready to head off to college and recently scored a perfect 36 on his ACT 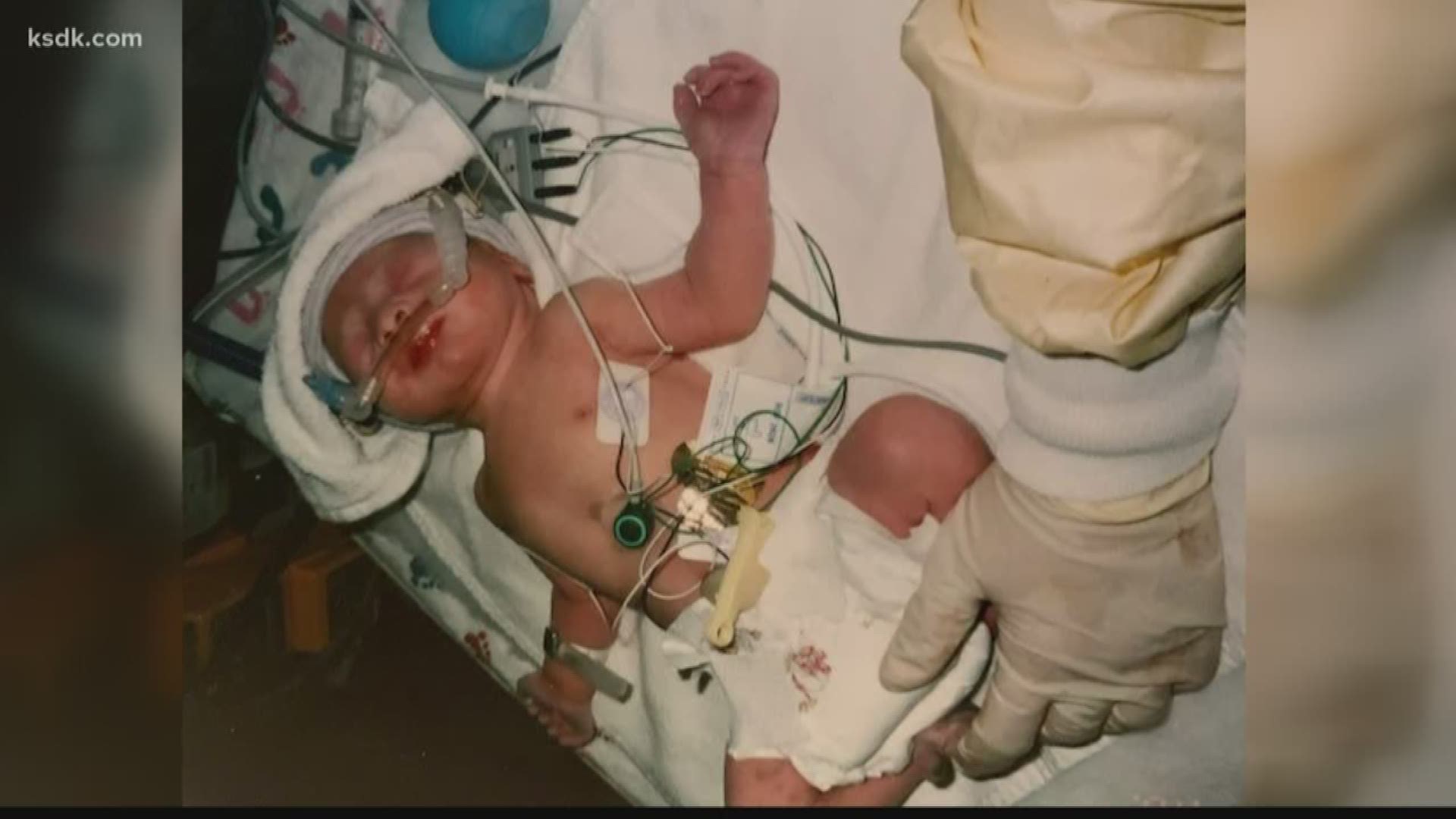 CREVE COEUR, Mo. — There's a special place in many hospitals where the smallest babies are taken care of. It's called the Neonatal Intensive Care Unit, known as the NICU.

The Melton family recently returned to Mercy Children’s Hospital to meet with some of the nurses who gave their tiny baby a chance at a healthy life.

“In the middle of the night, my water broke. So, we called the exchange and they told us to get to Mercy,” said Roger’s mom, Julie Melton. “When we got here, they told us we were going to have a baby today. I started crying. Roger’s nursery wasn’t even finished yet.”

Roger Jr. spent 11 days in the NICU before he was strong enough to go home.

“I knew it was not going to go as picture perfect as you plan. It’s our first child. Everybody envisions going to the hospital. And a couple days later, you come home with a baby in an infant carrier. Of course, it didn’t work out that way,” said dad, Robert Melton Sr.

During their visit, the Meltons met with another couple who is currently experiencing the same things they went through 18 years ago. That family has some of the same concerns that the Meltons had.

“You just don’t know if he’s going to be just like a normal kid or is he going to have problems?” asked another mom.

“I worried about would he have disabilities, would he need additional tutoring or help outside of our home,” said Melton.

In Roger’s case, those fears were unfounded. Currently a senior at De Smet Jesuit High School, he recently achieved a perfect score of 36 on the ACT college admissions test and has been accepted to eight colleges. He is awaiting notification from three more.

“Opening the website and seeing the score and then immediately calling my parents, I was ecstatic. I couldn’t believe it,” said Roger Melton Jr. “I thought that there was a chance, but I never thought it was going to happen.”

RELATED: An A+ gesture: Student offers to give test points to classmates with lowest score

Medical advancements have come a long way in the past 18 years.

“We have babies that are really tiny, even 22 weeks that are surviving,” said Clinical RN Augusta McGowan at Mercy Kids. “It’s a rewarding experience, you never know the outcomes, but you hold everything in your hands as so precious and such a promise.”

And Roger Jr. now has a better appreciation for what his parents went though. He loved meeting the people who took such good care of him.

“It was amazing to meet them and hear their stories about how little I was; it was awesome," he said.