According to Every Town Research, more than 100,000 people die each year due to gun violence. 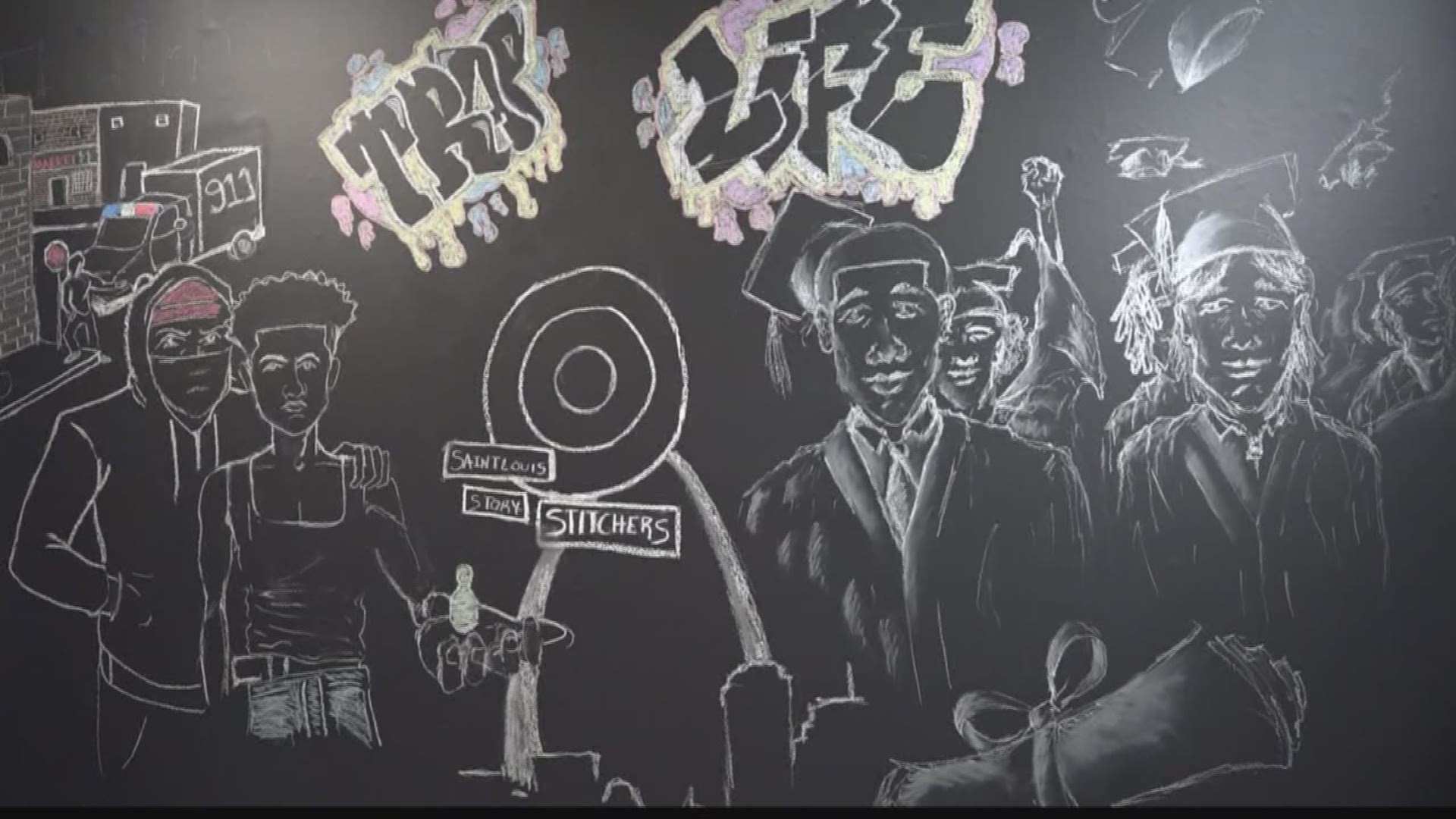 ST. LOUIS – Gun violence and art are not two topics usually discussed together. But, a group of teens in north St. Louis is using the two hoping to stop violence in St. Louis communities.

According to Everytown Research, more than 100,000 people die each year due to gun violence.

That's why a group of kids is using various forms of art to educate other teens about gun violence and hopefully change how it’s affecting the community.

By writing poetry, music, dancing and using other forms of creative and literary art, kids in north St. Louis are trying to empower others to help build their communities. They're trying to pick the city up by showcasing their talents and by bringing these forms of art into their neighborhoods, hoping it can help others understand some of their challenges.

Susan Colangelo is one of the founders of “Story Stitchers,” and she said a new art exhibit at the Sheldon is helping youth tell their stories of what it means to be a black teenager living in a community where violence is common.

"It's shocking to some people to see young black teenagers showing without any qualms at all that they care about their city and they want to pick it up. They want to stop the violence and they want other kids to put down guns," Colangelo said.

If you would like to learn more, Story Stitchers Art Collective has an exhibit at the Sheldon museum to showcase the work they've been doing around the city, it will remain on display until April 21.