ST. LOUIS — The family of fallen North County Police Officer Michael Langsdorf was honored this morning by the organization Rollin' for Backstoppers.

Fundraisers for North County Cooperative Officer Michael Langsdorf have been happening since he was killed in the line of duty in June of 2019.

"Michael's death hits close to home for you guys, absolutely this year has been a tough year for us. We've had seven line-of-duty deaths, including Michael's," said Backstoppers Executive Director Ron Battelle.

Chief Ron Battelle with Backstoppers has been helping families of fallen officers since 1960.

"Just a combination of a lot of people supporting us," Battelle said.

One of those organizations is Rollin' for Backstoppers, which holds car shows, bike races, motorcycle rides and adult skating events every year to raise money for Backstoppers. 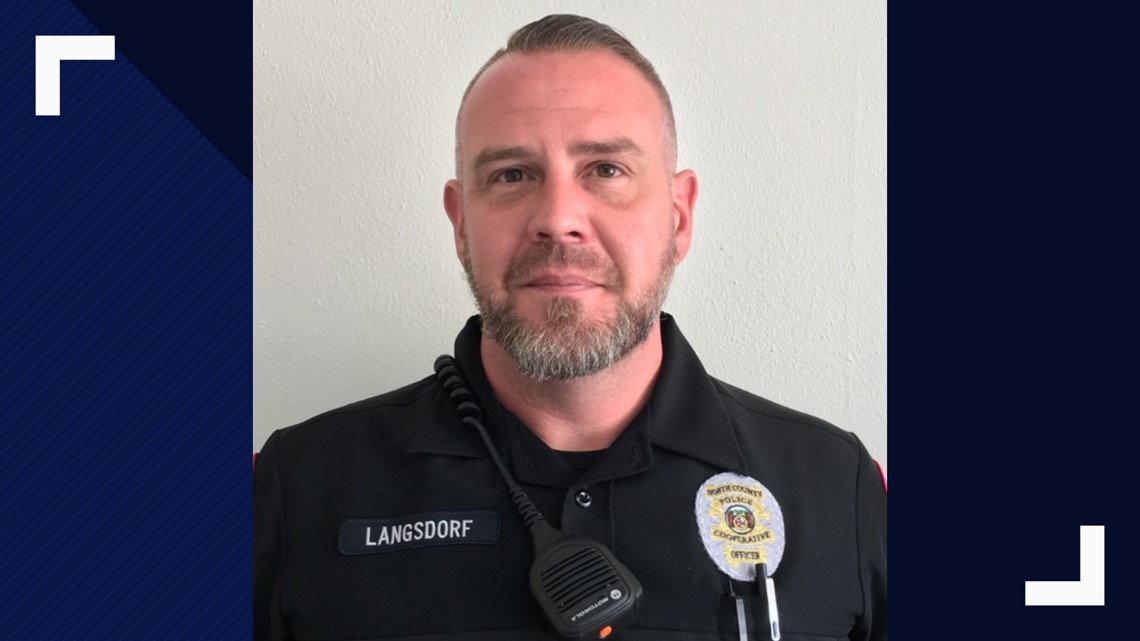 First responders drop the puck to raise money for Officer Langsdorf's family
FENTON, Mo. - A New Year's Day hockey game in Fenton meant a little bit more to the community on New Year's Day. It was all in honor of Officer Michael Langsdorf, who was killed in the line of duty last year.

"As first responders,we roll on wheels all the time, so it was kind of a spin and play on that."

In the last 10 years, Rollin' for Backstoppers has raised more than $65,000 for the Backstoppers organization.

Officer Langsdorf's children are part of more than 80 families Backstoppers helps throughout Missouri and Illinois.

"You get choked up sometimes because you think about the bad times the families have to suffer. But then it warms you when you know that there is an organization that is there to step up and step in to support them," Jennings said.