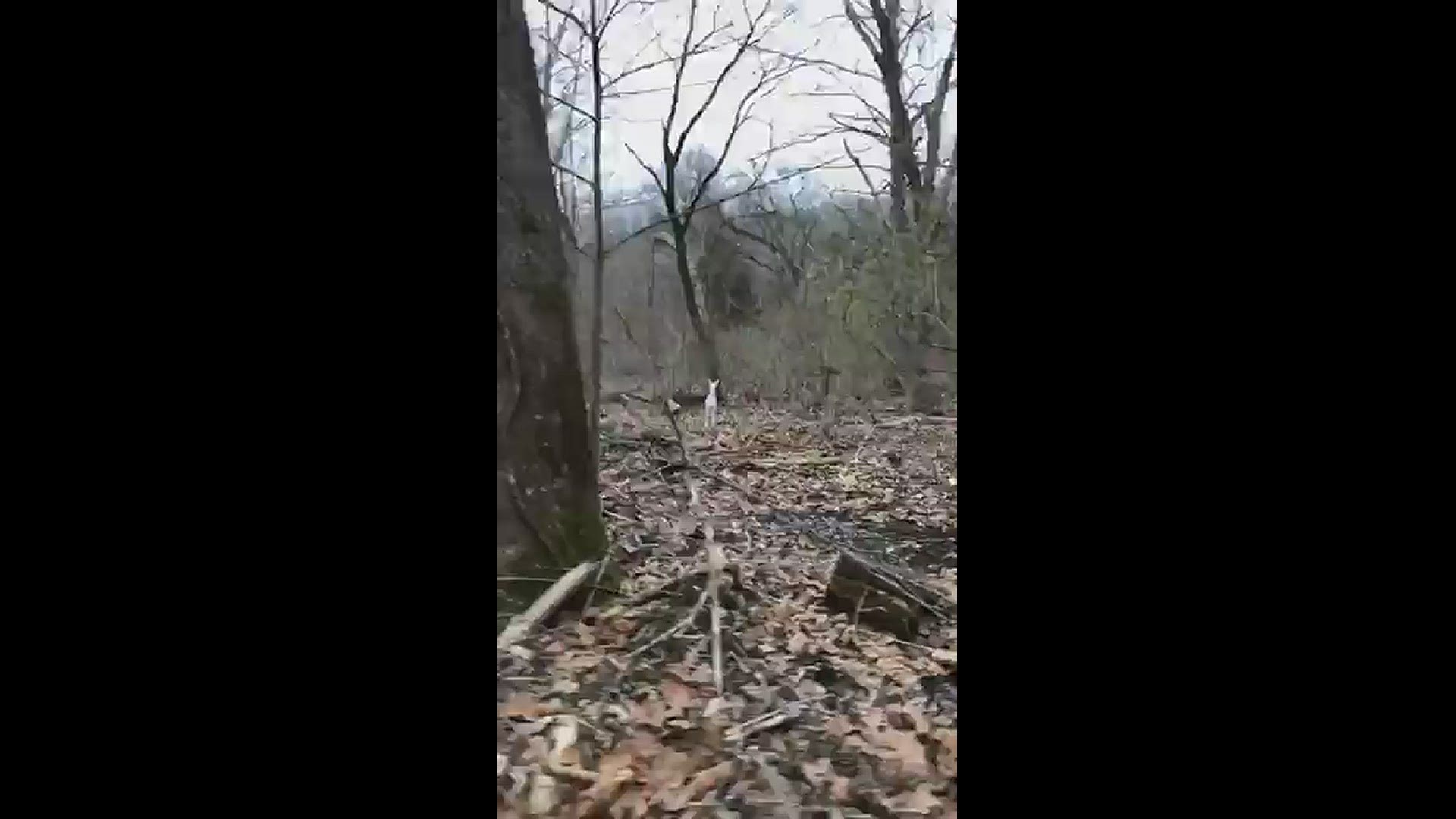 WILDWOOD, Mo. — John Collier went for a hike in a state park in west St. Louis County just before sunset on March 15.

He was shocked when he looked up and saw two white figures standing about 50 yards in front of him. He kept his distance, but slowly pulled out his cell phone to capture the creatures.

It turned out there were two albino deer.

Collier said the rare deer didn’t show any sign of fear. They approached him with interest and at one point they came within about 10 feet of him.

Collier believes the pair of deer he saw could be the same deer spotted in St. Louis County in the fall of 2018.

A spokesperson from the Missouri Department of Conservation said although albino deer are somewhat rare, they are being noticed more often because of technology and social media.

According to the Missouri Department of Conservation, there are no special protections for albino deer in the state, all of the same hunting regulations that apply to your deer with normal colorations apply to albino deer as well. Killing an albino deer is illegal in six states, including Illinois. A person can legally kill an albino deer in Missouri.