The rare white one joined the heard earlier this year and is named Takoda, meaning “friend to everyone" 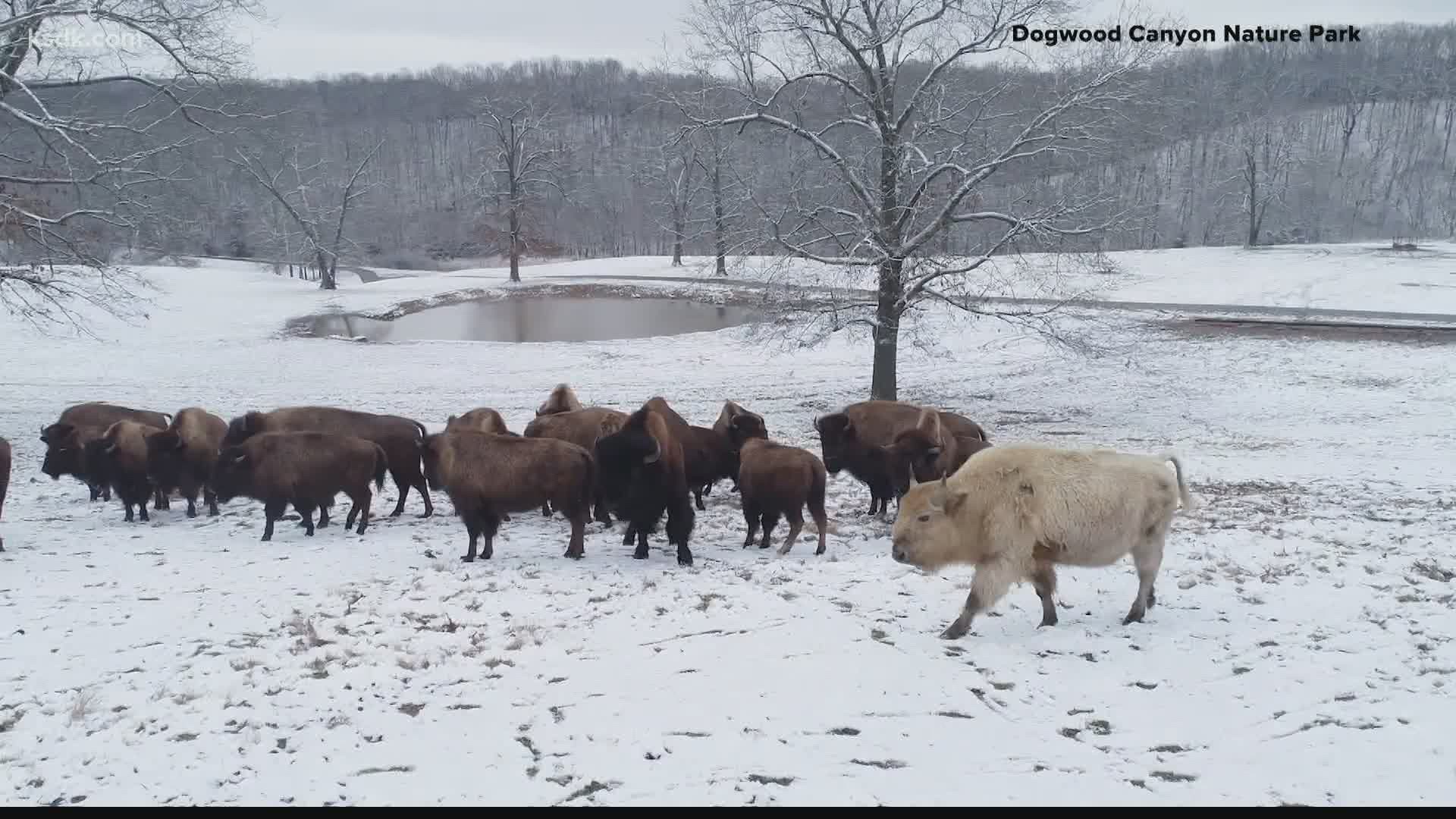 LAMPE, Mo. — A park in the Missouri Ozark Mountains has spotted a rare white American bison.

The Dogwood Canyon Nature Park said the park has a herd of 25 bison. The rare white one joined the heard earlier this year and is named Takoda, meaning “friend to everyone." The animal is thought to be a sign of peace and good fortune.

If you’d like to catch a glimpse of Takoda in person, the park is offering a Wildlife Tram Tour. It includes a two-hour guided ride through the canyon and into the ridgetops of Arkansas where herds of bison, elk and deer reside. The ride will cost $25 for adults and $15 for children.

According to traditional Native American teaching, the birth of a white bison promotes prayerful communication between Indigenous people and the Great Spirit. Park officials hope the striking addition will provide new opportunities to educate guests on the unique history of the American bison and the delicate balance of conservation that saved the species from near extinction.

The park in Lampe, Missouri, is open Thursday-Monday from 9 a.m.-4 p.m.

Aside from the tram tour, several other activities are offered at the park, including trout fishing, horseback riding, hiking and biking.