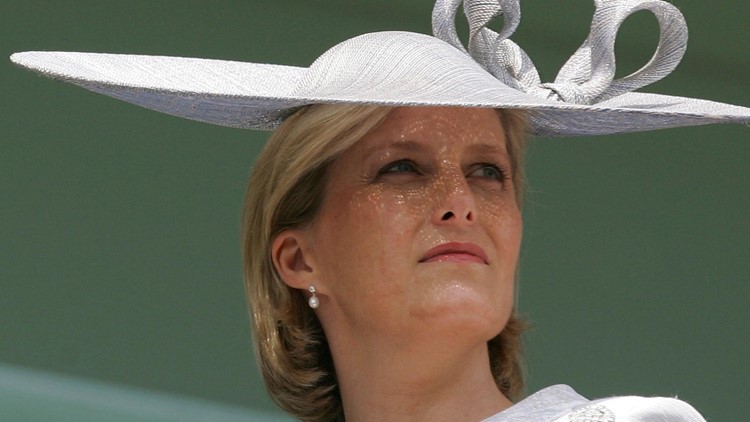 This story was written as a companion to an episode of the Royal Dish podcast called “Fab Four reunion and we’re not talking about the Beatles." Click here to listen to the full episode.

ST. LOUIS — What do you call your mother-in-law? Mom? Her first name? Something else?

The world recently learned what one of Queen Elizabeth’s daughters-in-law calls her. Sophie, Countess of Wessex, and the wife of the Queen’s youngest son Prince Edward, calls her Mama.

Town & Country magazine recently shared this private term of endearment in an article.

Sophie was delivering a speech at a royal engagement in late October when she addressed the Queen in a touching and telling way.

She said, "Mama, when I have returned from my travels I have been so proud to share with you the work I have witnessed being carried out under the umbrella of the Queen Elizabeth Diamond Jubilee Trust and the care of so many people working so hard to save and cure sight.”

Now, in the first part of the speech which you don't see here, Sophie called the Queen ‘Her Majesty.’ So maybe she felt she had covered herself off with that initial formality.

And for background, Sophie is known for having a very close relationship with the Queen, so again, it probably didn’t raise too many royal eyebrows. But it is fun to get a glimpse into the nicknames the royal family, and any family for that matter, have for each other.

Here are some other royal nicknames. According to the Sun, Prince George once told a local dog-walker his nickname was Archie.

In a 2007 interview with NBC, Prince William revealed that his mother, Princess Diana used to call him ‘Wombat.’

On social media posts, Princess Eugenie refers to her sister Beatrice as ‘Bea.’

On her now-closed Instagram account, Meghan Markle once wrote that her mom’s nickname for her is ‘Flower.’ And on their royal tour of Africa, Meghan was overheard calling her 6-month-old son Archie, ‘Bubba.’

And some speculate about what Prince Philip, Duke of Edinburgh calls the Queen. During a bedtime scene in the 2006 film 'The Queen,' Philip says to Elizabeth II, who is played by Dame Helen Mirren, "Move over, Cabbage."

We’re not sure if that’s just something the screenwriters invented. But how cute is that?